Wind Cave National Park is located on the western side of South Dakota. The park covers an area of 52.88 square miles (136.97 sq km).

Wind Cave was the first cave system in the world established and recognized as a national park. The currently explored part of the cave measures a distance of 149.01 miles (239.81 km) establishing it as one of the longest caves in the world.  Mammoth Cave in Kentucky is currently the longest known cave in the world.

Although not the longest, it is recognized as the densest cave system in the world while demonstrating the largest passage volume per cubic mile. The cave also features a number of unique cavern features like boxwork and frostwork.

Wind Cave protects more than just the cave below ground.  Atop the cave rests the most extensive naturally occurring mixed-grass prairie left in North America. The prairie lands, ponderosa pine forests, and other vegetation have created a diverse ecosystem that is home to an abundance and array of wildlife.

Some of the more exciting wildlife sightings include bison, pronghorn, elk, bobcat, cougar, and coyote. Some of the smaller and often considered cuter sightings include raccoon, skunk, ferret, mink, and prairie dog.  The park protects one of the few genetically pure free-roaming bison herds in the country.  Yellowstone National Park has one of the others. 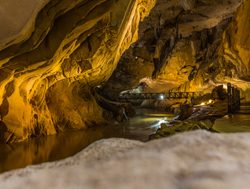 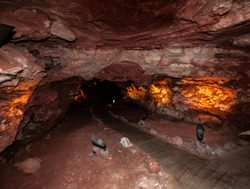 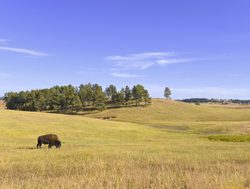 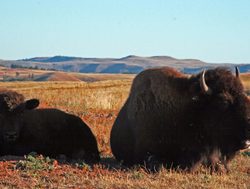 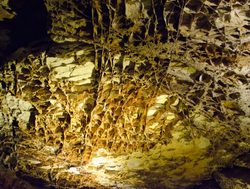 One of the longest caves in the world as well as the world’s first cave as a national park is a bucket list checkoff that is a highlight for many.  However, there is so much more that this park offers those who venture into the wilderness it protects.

Boxwork, from a cavern perspective, is a mineral structure created from the erosion in the cave versus any type of accretion.  It takes on a quartz-like presentation and is quite picturesque.

Frostwork is a cave formation that displays a needle-like growth.  Some would say it resembles a small white pine needle branch.  They are comprised of aragonite or calcite.

The road system is complemented by over 30 miles (48 km) of hiking trails separate from the exploration of the cave below. The majority of trails are easy to moderate with only a small percentage accounted for by a difficult rating.

This is an easy 3.8 mile (6.11 km) that meanders along the canyon with slight elevation gains.  It provides panoramic views of the prairie and canyon as well as chances to see wildlife.

This is a short 2.8-mile (4.50 km) trail that travels along canyon walls and picturesque rock formations.  There are chances to see wildlife but take lots of water because there is no shade.

Although it has a moderate rating, this is one of the most popular trails. It is only a 1-mile (1.6 km) loop but the terrain is rocky as you meander across the rim overlooking the prairie and hills below.  Wildflowers can be seen during the spring and early summer.

This loop trail covers a distance of 5.2 miles (8.36 km) and 515 feet (157 m) elevation gain.  The loop trail meanders through the prairie from Bear Butte and up some rocking inclines.  The highlight is the scenic views of the black hills and chances to see wildlife, wildflowers, and the roaming wilderness.