Sequoia National Park is located in the central part of California just east of the midpoint. The park covers an area of 631.3 square miles (1,635 sq km). It is located directly adjacent to Kings Canyon National Park and both are almost always thought of in unison.

The national park protects one of the most remarkable forested mountain areas anywhere in the world. The park is renowned for the massive sequoia redwoods which are the largest trees in the world and for Mount Whitney which is the tallest mountain in the lower contiguous 48 United States.

In addition to the tremendous sequoia forests, the park is also home to an array of amazing wildlife.  Some of the species that visitors hope to see include badger, beaver, bighorn sheep, black bear, cougar, coyote, deer, fox, and wolverine.  There are 11 species of woodpeckers that inhabit this never-ending land of trees.

The Generals Highway is a scenic drive that travels through and between the two national parks.  It also provides access to many of the trailheads to access the sequoias in a more intimate way.  Tunnel Log features a 275 foot (84 m) tall tree measuring 21 feet (6.4 m) across that fell across the road.  A portion of the tree was cut out creating a tunnel and allowing cars to travel through. 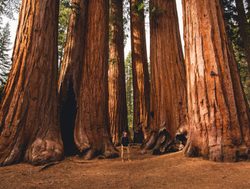 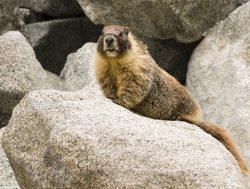 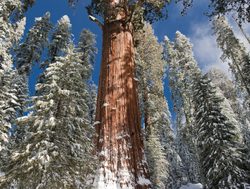 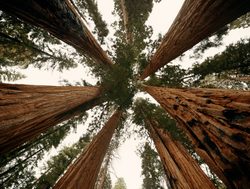 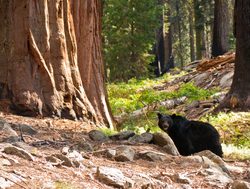 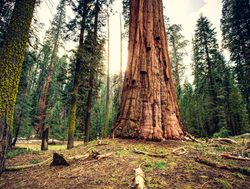 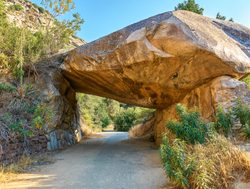 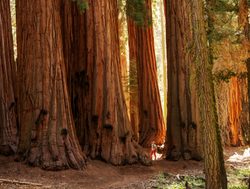 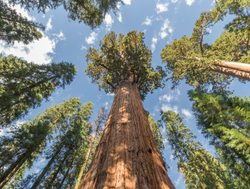 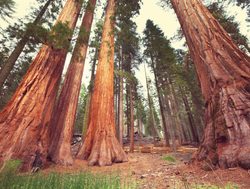 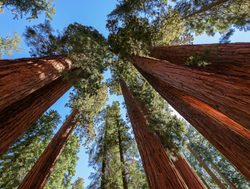 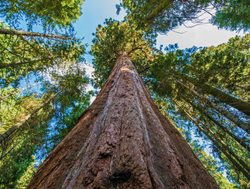 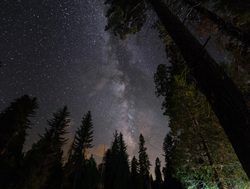 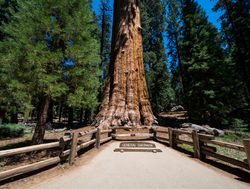 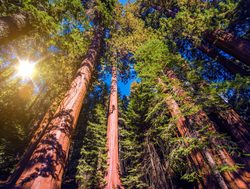 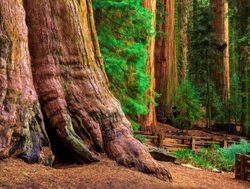 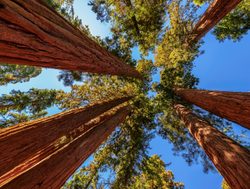 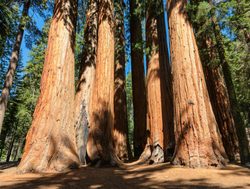 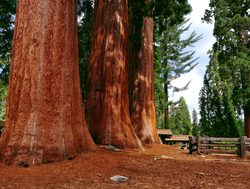 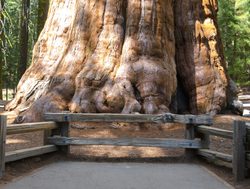 Sequoia National Park represents one of the most stunning awe-inspiring mountain forested areas in the world.  You cannot help but walk amongst these giants and feel insignificant.  Although Mount Whitney may be a highlight for some, the giant sequoias are a highlight for all.

The Giant Forest is a specific grove or collection of giant sequoia trees located inside the park.  The forest is home to five of the world’s largest trees including the General Sherman tree which has the distinction of being the largest.

The Giant Forest sits at an elevation of just over 6,000 feet (1,800 m) above sea level.  It is part of the western portion of the Sierra Nevada mountain range.

The Giant Forest also features over 40 miles (64 km) of hiking trails creating one of the most engaging experiences for visitors who hike amongst these giants. 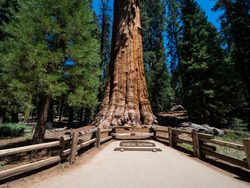 The General Sherman Tree is currently the largest living tree in the world.  Although it is not the tallest nor the widest tree, its collective height, and width making it the largest tree based on volume.

Mount Whitney is the tallest mountain in the lower 48 contiguous states.  As part of the Sierra Nevada range, it reaches a height of 14,505 feet (4,421 m).

It is only 84.6 miles (136.2 km) away from Badwater Basin in Death Valley National Park which represents the lowest elevation in North America. This creates one of the greatest vertical rises in such a short distance.

The John Muir Trail travels 211.9 miles (341 km) from Happy Isles in Yosemite National Park to the summit of Mount Whitney where the trail ends.  The rugged and jagged nature of Mount Whitney along with its pyramid summit shape creates one of the most picturesque mountain landscapes in the United States.

Hikers can reach the summit from the western side, but the eastern side requires a technical climb.

The park features an abundance of trails allowing hikers to experience the magnificent sequoia trees as well as the wilderness of the surrounding mountainous area.

This trail is a short 0.8-mile (1.3 km) round trip hike that is easy and accessible to all.  The trail meanders from the parking lot through a grove of giant sequoias including the renowned General Sherman tree.

This is a 1.7-mile (2.7 km) that meanders along the Kaweah River out to the Tokopah Canyon and Tokopah Falls.  The waterfall has a height of 1,200 feet (365.8 m) and features the greatest flow following the spring rains and snowmelt.

The trail starts at an elevation of 8,360 feet (2,550 m) featuring an elevation gain of 6,100 feet (1,900 m) to reach the summit.  The hike travels about 22 miles (35 km) roundtrip.  It is a vigorous endeavor and hikers should be in good physical condition.  Although it can be completed between 12 to 18 hours, most will camp for 1 or 2 nights to enjoy the experience more.