Mesa Verde is a protected area that celebrates the archaeological facets of the Paleo-Indians which are intertwined into the stunning landscape of the area.  There are over 600 cliff dwellings as well as over 5,000 related historical sites scattered across the region.

Cliff Palace is the most renowned of the dwellings and is believed to be the largest cliff dwelling throughout North America.  This is one of the best places to engage and enjoy nature while learning more about the ancestral history of the area.

The park is more renowned for the historical features versus the natural facets, but mother nature is well represented.  The canyons of Mesa Verde were developed by rivers and streams that eroded the sandstone hills.  The elevation varies from 6,000 to 8.572 feet (1,829 to 2,613 m).

The area represents the onset of the Rocky Mountains and serves as the primary transition from the desert areas further south. The narrow canyon and gorges create picturesque landscapes along with the historical significance of the archaeological sites found in the park. 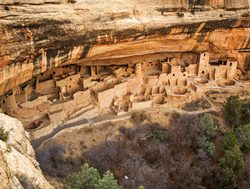 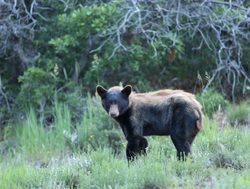 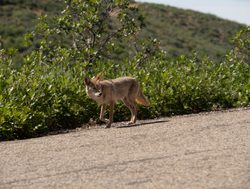 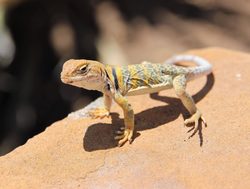 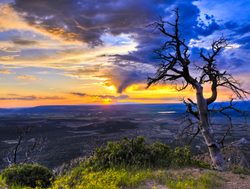 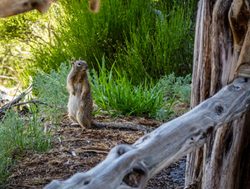 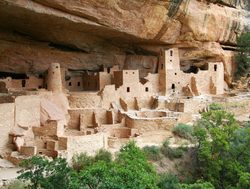 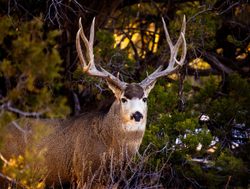 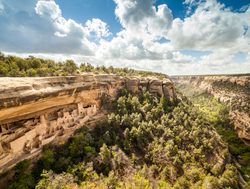 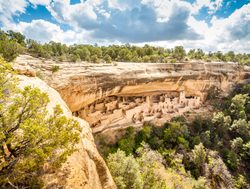 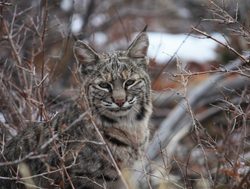 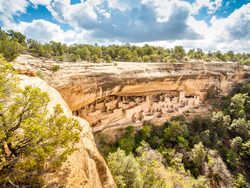 Mesa Verde is the largest and most well-protected archaeological site in North America.  Significant efforts were engaged in the early 1900s to restore, stabilize, and protect this cultural and historical treasure.  Universities and colleges often schedule educational trips to the national park to explore the anthropology of the area.

Cliff Palace is the most well-known and recognized cliff dwelling in the park.  It features 150 rooms, 23 kivas, and housed about 125 people.  Several pueblos are located nearby probably representing a larger and growing community of inhabitants.

Balcony House is located on a ledge overlooking the area below.  It features 45 rooms and 2 kivas.  To experience this archeological gem, you will have to climb a 32-foot (9.75 m) ladder and crawl through a 12-foot (3.7 m) tunnel.

Long House is the second largest of the excavated village in the area. Like the Cliff Palace, it also had 150 rooms, a kiva, and a tower.  There is also an area recognized as a central plaza.

Hiking amongst the cliff dwellings and archaeological sites is a must.  In addition to the exploration of these dwellings, there are nature trails for discovering nature as well.

This is a 7.8-mile (12.55 km) loop.  Hikers will ascend to Prater Ridge and then traverse around the ridge to complete the loop.  This is one of the longer trails of the park, but it is popular because of the views from the ridge.

This is a 2-mile (3.2 km) trail that provides views of Montezuma Valley and is a great short excursion to see the landscape of the area.

This is a 2.2-mile (3.54 km) round trip hike that provides great lookouts of both Mancos and Montezuma Valleys as well as other scenic views.

This is a 2.4-mile (3.86 km) roundtrip trail that meanders through a petroglyph panel providing a glimpse into history.  The trail is narrow and jagged with steep drop-offs into the canyon below.  It provides stunning views of Spruce Canyon and Navajo Canyon.