Lassen Volcanic National Park is located in the central part of northern California.  It is located in the Cascades as the southernmost volcano of that mountain range. The park covers an area of 166.3 square miles (430.8 sq km).

The landscape and surrounding area are still active featuring fumaroles, hot springs, and mud pots.  The park is among a few places in the world where all four types of volcanoes may be experienced.  The four volcano types in the park include:

Lassen Peak, the namesake volcano of the park, is the largest plug dome volcano in the world. It is also one of the leading attractions of the national park both from an exploration perspective as well as a scientific perspective as researchers study the effects and return to life following the eruptions between 1914 and 1921.

The park is divided into regions with unique facets in each. The western region delivers large lava pinnacles, rugged craters, and steaming vents.  Lake, canyons, and streams are found scattered across this portion of the park.

The eastern region features a massive lava plateau where cinder cones are located. The southern region is mostly known for the hot springs which include Boiling Springs Lake, Devils Kitchen, and Terminal Geyser.

The areas of the park which are not devastated from the last eruption are forested and home to many wildlife species.  Some of the fun and considered cute species include raccoon, chipmunk, weasel, and pika.  The larger species include black bear, cougar, mule deer, and red fox, and either of these can make for a nice wildlife sighting. 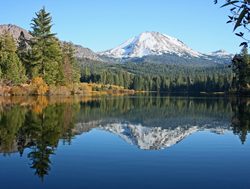 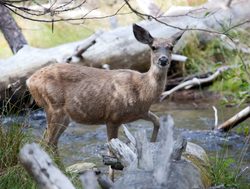 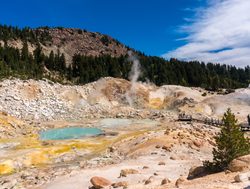 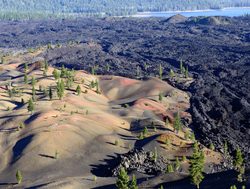 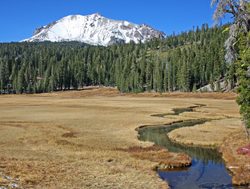 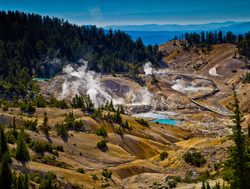 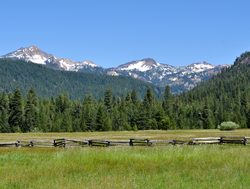 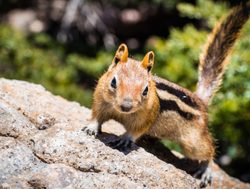 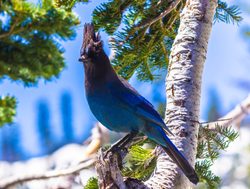 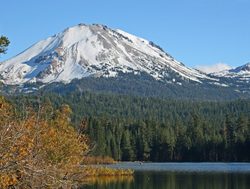 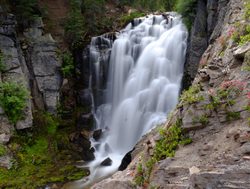 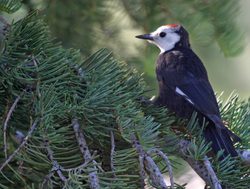 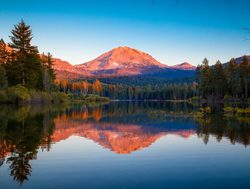 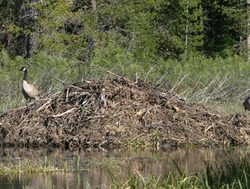 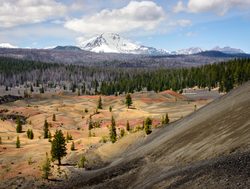 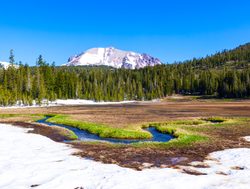 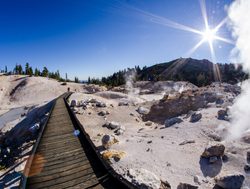 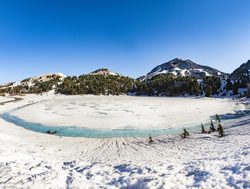 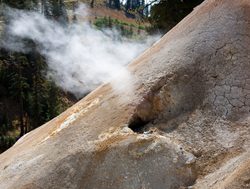 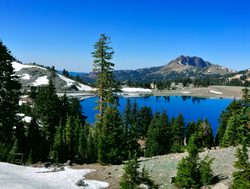 Apart from Mount St. Helens, Mount Lassen is the most recent volcanic eruption occurring back in 1914.  It was established as a protected area giving researchers an opportunity to study the effects of a volcano.

The surrounding area of Lassen Volcanic national park represents the effects following this volcanic eruption and is now used to evaluate what is next for the Mount St. Helens area.  This is an opportunity to make scientific observations as the area seeks to return to new life and growth. 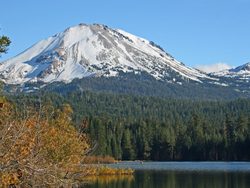 Mount Lassen is also known as Lassen Peak.  It is the southernmost active volcano found amongst the Cascade Mountains. With a volume of 0.6 cubic miles (2.5 cu km), Mount Lassen is the largest lava plug dome in the world.

Mount Lassen reaches a summit of 10,457 feet (3,187 m) as it looks out over the northern end of the Sacramento Valley. The last major eruption occurred in 1914, which was followed by a number of smaller eruptions up through 1921.

There are several trails that traverse throughout and across the park providing hikers with a more intimate look at the volcanic tarnished terrain and the life looking to return.

This is an easy trail that meanders through the park exposing hikers to a variety of the terrain of the park.  It covers a distance of 6.3 miles ( km).

Although challenging, this is one of the most popular hikes because of the namesake mountain.  The ascent travels 5.1-miles ( km) and takes between 3.5 to 4 hours.

This is a moderate rated trail that covers a distance of 2.7 miles.

This is another moderate rated trail covering a longer distance that Kings Creek Falls. It takes about two hours to navigate the 3.8-mile ( km) trail.  It provides a scenic view of Mill Creek Falls as it plunges over the rocky cliff.