Hawaii Volcanoes National Park is located on the southeastern side of the island of Hawaii in Hawaii, United States. The park covers an area of 505.36 square miles (1,308.88 sq km) with approximately half of that established as Hawaii Volcanoes Wilderness Area.

The island of Hawaii is affectionately often called the Big Island.  The volcanic area of the national park has been recognized as an International Biosphere Reserve and a UNESCO World Heritage Site. Haleakala National Park is located on Maui and is the only other national park in Hawaii.

The park is renowned for educational insights provided by two of the world’s leading active volcanoes. The park also features striking landscapes that have been shaped by volcanic activity over the years.

Much of the park that approaches the volcanoes is comprised of lush rainforests and home to a variety of wildlife species. There is a scenic 10.6-mile (17.05 km) scenic drive that is called Crater Rim Drive.  This scenic drive takes travelers around the Kilauea Caldera which provides access to Puu Puai Overlook, Devastation Trail, and the Kilauea Iki Crater overlook. 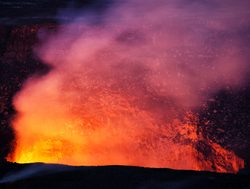 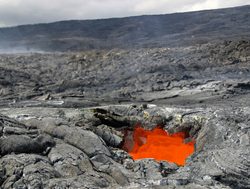 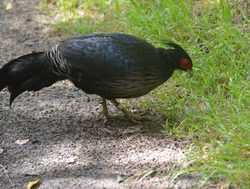 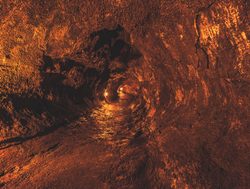 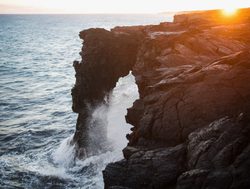 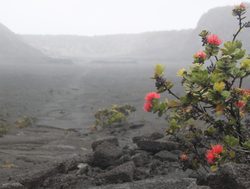 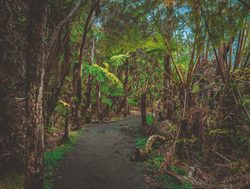 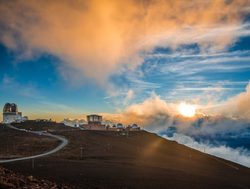 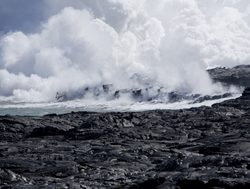 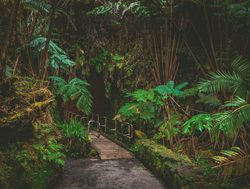 Mauna Loa stands at 13,679 feet (4,169 m) and is the world’s largest active volcano. It is one of five volcanoes that account for the foundation of the Hawaii Islands.

Mauna Loa is believed to have around 18,000 cubic miles (75,000 cu km) of volume. It covers a land area of 2,035 square miles (5,271 sq km). The lava eruptions are not explosive in nature and generally fluid while flowing into the ocean.

Kilauea is the most active shield volcano and most active of all of the Hawaiian volcanoes.  The volcano reaches a height of 4,091 feet (1,247 m).  A massive eruption occurred on May 17, 2018, followed by the continued spewing of ash and lava that would close the park for several months.

Kilauea is considered the youngest of the Hawaiian volcanoes and has been active throughout its known history. The summit caldera is 2.5 by 2.0 miles (4 by 3.2 km) with walls that reach heights of 400 feet (120 m).

Halemaumau Crater is a massive volcanic crater that is proposed as the home of Pele, the volcano goddess.  The crater features steam vents that spiral steam into the air.

Until recently, the crater was seen as a massive lake of lava.  When the lava disappeared in 2018, it caused the crater walls to fall inward creating an even larger crater today.

There are over 150 miles (241 km) of trails that meander through the rainforest, around the volcanoes, and across the deserts.  These trails allow visitors with a more in-depth look and understanding of this incredible volcanic rainforest ecosystem.

This is an easy short 1-mile (1.6 km) trail through the rainforest out to the Puu Puai Overlook.  This is one of the most popular trails in the park.  It only has an elevation gain of 124 feet (37.8 m).

This is a short 0.4-mile (0.6 km) trail that is rated easy.  It takes hikers into the lava tube to experience volcanic history.

This is a 3-mile (4.8 km) loop trail that is rated moderate.  It meanders around the rim of the crater while providing panoramic views of the area as well as fields of wildflowers.