Although it would be more appropriately recognized as a National Historic Site, it has been added to the park system as a National Park.  It has been registered as a national historic site as well.

It was originally named the Jefferson National Expansion Memorial before being changed to the Gateway Arch National Park.  It has almost always been affectionately referred to as the “Gateway to the West,” and served as a memorial to the men who created the opportunity and forged through making expansion into the western territory a reality.

The arch was constructed between the onset of 1963 through the near end of 1965.  It would finally open to the public in June of the year 1967.

A passenger tram takes visitors up to an observation deck located at the top of the arch.  Visitors can take short walks around the top looking out over the Mississippi River as well as the Capitol Building and the city of St. Louis.

Although the primary way up is through the two trams accessible from either leg of the arch, there is also a 1,076-step staircase and a 12-passenger elevator.  The staircase is only used in cases of emergencies.

The park also includes the Old Courthouse which is the location where the renowned Dred Scott Decision was held in 1857. The arch further symbolizes the meaning and freedom behind the famous case.

One of the most picturesque scenes related to the arch occurs in the spring when the cherry trees blossom.  The new green life of the spring along with the blossoms of the trees combine with the arch to create one of the most beautiful landscapes that involve the arch. 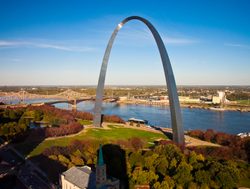 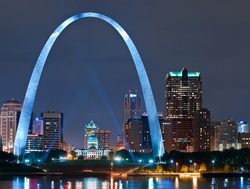 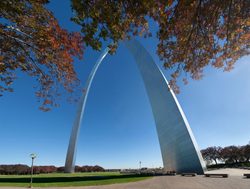 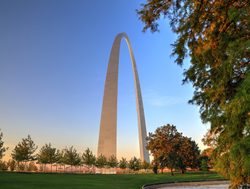 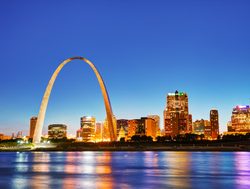 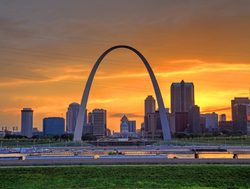 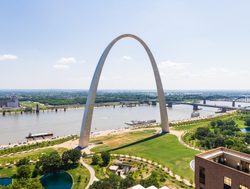 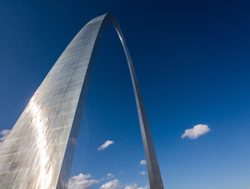 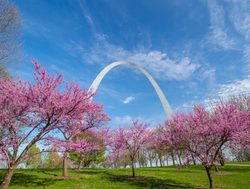 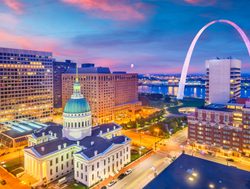 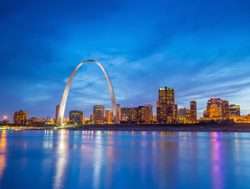 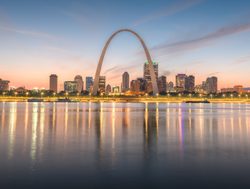 The Memorial Gateway Arch is the focal attraction of the park and the reason that people visit the national park. 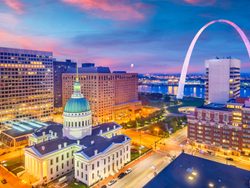 The Gateway Arch stands 630 feet (192 m) into the air and has the distinction of being the world’s tallest arch.

Gateway Arch National Park is known for its history and vision, but it is not known for hiking trails.  For all practical purposes, walking around the national park occurs on paved sidewalks that travel around the arch.

This is a long trail that incorporates the arch and national park but extends beyond the park borders.  It is a chance to see the Mississippi River and the cityscape from the river.  It is an easy trail that covers a distance of 21.4 miles (34.4).

This is a 1.6-mile (2.57 km) paved trail that meanders the grounds along the river and beneath the arch.  It provides a variety of views and perspectives of the arch.  It is hard to call this a hike, but it is walking about while being outdoors and marveling at this achievement of mankind.