Everglades National Park is located in southern Florida of the southeastern part of the United States. The park covers an area of 2,357 square miles (6,106.6 sq km) creating the third-largest national park in the United States and the largest tropical wilderness in the country.

The Everglades is a delicate ecosystem that is recognized as a UNESCO World Heritage site, a Biosphere Reserve, and a Wetlands of International Importance. The national park is home to the slowest moving river in the world flowing at only .25 miles (.40 km) day.

The ecosystems of the park include freshwater sloughs, hardwood hammocks, pineland, cypress and mangrove, coastal lowlands, along with marine and estuarine. The freshwater sloughs are the most common, however, it is this rich diversity of nature that served as is the driving factor for park protection status

The freshwater sloughs feature low-lying regions blanketed with slow-moving water, sawgrass reaching heights of 6 feet (1.8 m), and other marsh plant life. This predominant landscape is what has garnered the nickname “River of Grass.”

The elevation of the park ranges from 0 to 8 feet (2.4 m) above sea level. The trees rarely grow to typical heights and often form subtropical canopies that serve as a home for many of the wildlife species. The vegetation under the hammocks is immensely thick creating splendid homes for the abundant wildlife of the Everglades.

The alligator is the renowned species of the Everglades that is often the reason to visit the national park. However other wildlife that travelers hope to experience includes the Florida panther, black bear, red fox, grey fox, and white-tailed deer, raccoon, and some of the many reptiles and amphibians.

The cypress and mangrove parts of the park are what many people think of when it comes to the swamps of the Everglades. These trees have adapted to the presence of consistent water and tend to grove in domes or strands. The Everglades mangrove is the largest continuous mangrove system in the world.

The birds find these groves to be ideal for nesting and with species including egrets, ibis, herons, kingfisher, and wild turkey. Otters, bobcats, opossum, skunks, raccoons, and rabbits are also commonly found in these areas. The green turtle, hawksbill turtle, and manatee are highlights beneath the water.

The marine and estuarine is found in the Florida Bay which stretches from the mangroves to the Florida Keys and accounts for 800 square miles (2,100 sq km) of marine ecosystems. Many of the same mammalian and bird species are found in this region, however, the bottlenose dolphin is a pinnacle sighting in this part. Sharks and stingray are also a highlight. 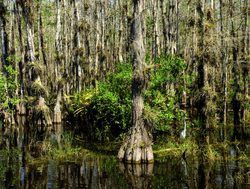 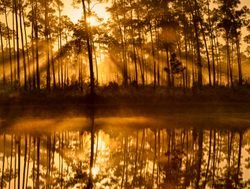 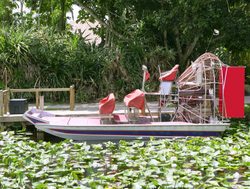 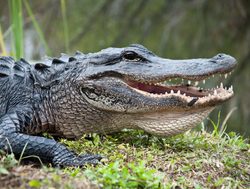 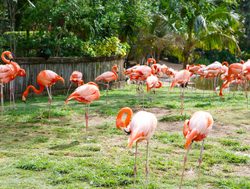 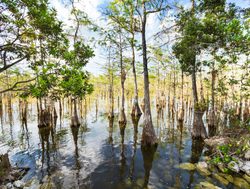 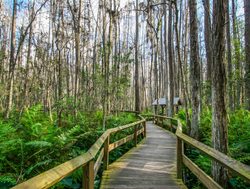 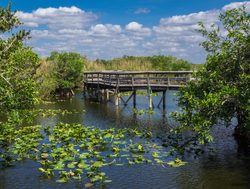 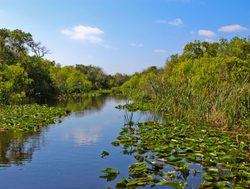 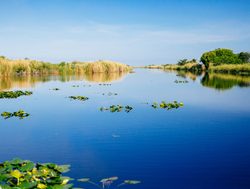 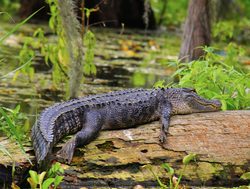 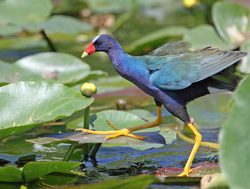 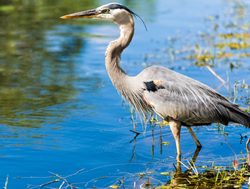 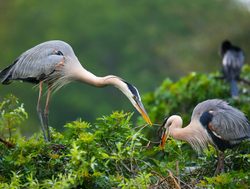 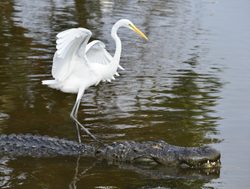 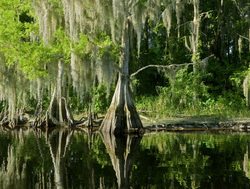 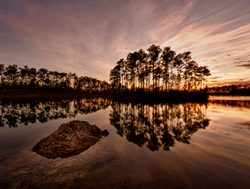 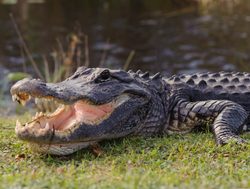 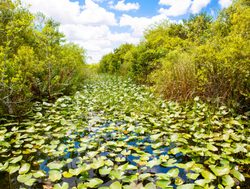 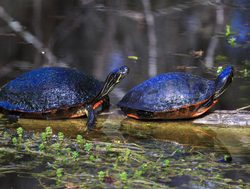 The majority of tourists that head to Everglades National Park usually has alligators on the mind. The park is home to both alligators and crocodiles which thrive in this freshwater ecosystem. These can be seen driving through the park, hiking on the trails, or taking one of the guided boat tours.

Visitors can take advantage of the southwestern remote parts of the park that are limited to pervasive light which provides excellent opportunities to view the Milky Way and night skies.

Much of the Everglades are experienced from watercraft or scenic drives, however, there are over two dozen trails available for experiencing the stunning terrain of the marshy wetlands.

This is a long but flat easy loop trail that is used for bike riding, running, and simple hiking.  It covers a distance of 15.8 miles (25.43 km).  During the spring there are chances to see wildflowers, but it is also good for birdwatching year-round as well as chances of seeing wildlife. There is minimal elevation change; it is mostly flat.

This is a boardwalk trail over 0.2 miles (0.32 km) that meanders through the grassy marshland that has trees scattered across the terrain. This is a short and easy taste of the Everglades.

This is a 1.5-mile (2.41 km) loop trail that meanders along the waterway with chances to see wildlife.  Bird watching and wildflowers are one of the potential highlights as well.  This gives good glimpses into the terrain known as the Everglades.

Gumbo Limbo Trail: This is an easy rated short 0.4-mile (0.64 km) loop trail that provides views of the Everglades ecosystem.  It is a quick outing with views of the lake as well.

This is a short 0.4-mile (0.64 km) easy rated loop trail that is flat and boarded. The elevated boardwalk trail goes directly over waterways of the national park while also giving chances to see wildlife. This is just one more quick trip into a better understanding of what is known as the Everglades.

Unfortunately, people have released pythons and boa constrictors into the ecosystem which are threatenging the survival of native species.  The government establish snake hunts leveraging the public to help eradicate these invadors.