Denali National Park is located just below the midpoint for the state of Alaska.  The national park encompasses an area of 7,407.67 square miles (19,185.79 sq km).  Additional wilderness has been established as a preserve extending the protected area to a total of 9,446 square miles (24,464 sq km).

Denali, also called Mount McKinley, is the tallest mountain in North America.  The mountain reaches a summit of 20,310 feet (6,190 m).  Denali is ranked third on prominence amongst all mountains around the world while also being the third most isolated summit.

There are two peaks atop Denali with the southern summit accounting for the highest point.  Most climbers target the South Summit which achieves the true highest peak in North America.  Kahiltna Glacier, Peters Glacier, Muldrow Glacier, Ruth Glacier, and Traleika are five massive glaciers located across the various slopes of Denali.

In addition to Denali and surrounding mountains, the national park is comprised of spruces, pine, and larch which is found in the lower elevations of the park.  Tundra accounts for the majority of vegetation at mid-level elevations until you get into the glacier and snow-packed higher elevations.

Treeline occurs at 2,500 feet (760 m) which means that the majority of the vegetation is tundra.  The tundra features mosses, ferns, grasses, blueberries, soapberries, and fungi.  There are over 450 species of flowering vegetation that blossoms during the summer months while delivering beautiful fall foliage in late August and September.

Vehicles are only permitted during the first 15 miles (24 km) of the park giving access to campsites and the Savage River Loop Trail.  The only way further into the national park is by park bus which drives to various stops and lookouts along the way.

After Denali, wildlife is the supreme encounter within the national park.  The larger mammals are usually the more enthusiastic sightings.  These include grizzly bears, black bears, wolves, moose, caribou, Dall sheep, and coyotes.  There are between 300 to 350 grizzly bears throughout the park.

Smaller wildlife that adds to the wilderness experience include foxes, lynx, wolverine, marmot, beavers, and marten.  Predator birds include an array of hawks, different owls, eagles with the golden eagle topping things off. 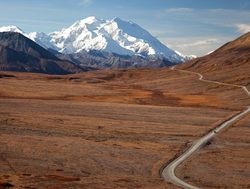 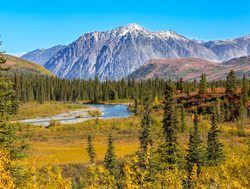 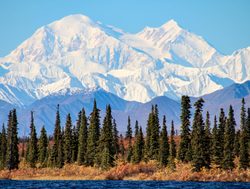 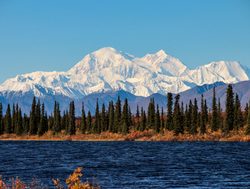 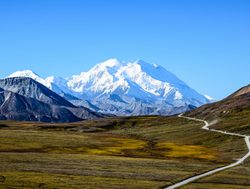 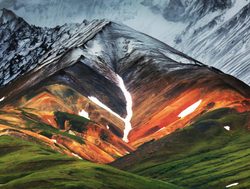 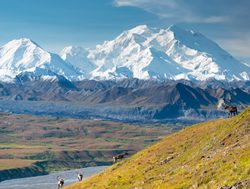 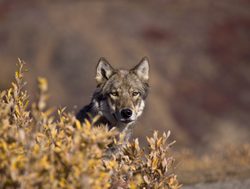 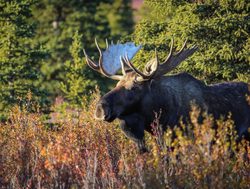 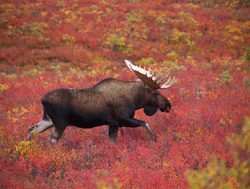 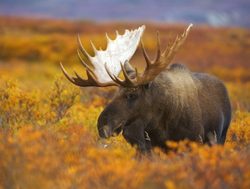 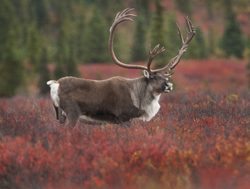 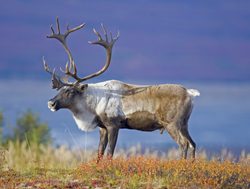 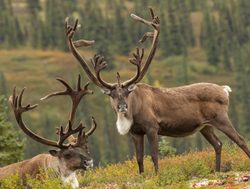 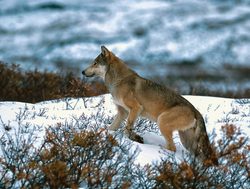 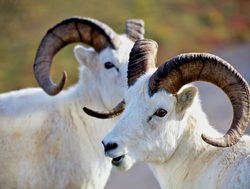 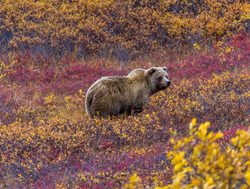 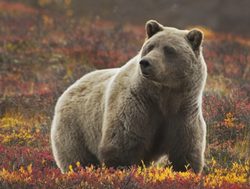 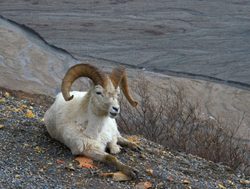 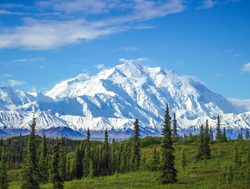 Mount McKinley, which was originally, locally and now renamed back to Denali, is the highlight and pinnacle attraction of the national park.  Unfortunately, it often hides behind the clouds which interfere with the ability to truly appreciate its magnitude.

The good news is the surrounding mountainous landscapes are stunning and often leaves visitors bewildered over the region’s beauty.  Getting to see grizzly bears or timberwolves is also a highlight in combination with some of the other amazing wildlife.

The majority of hiking occurs off the park road, which means you need to know how to read a map, read a compass or be good with directions.  This is remote rugged wilderness and exploring should be taken seriously.

Hikers get off the bus and hike and explore the wilderness in random treks versus marked trails.  Hikers then make their way back to the road to be picked up by a bus returning back to the park entrance.

Although wolves and bears may be experienced in any part of the park, and hikers must be cognizant of their surroundings, there are places in the park known to be active with bears, and hiking is prohibited.

Denali: Climbers must secure a permit as well as attend an orientation before climbing the mountain.  This is a difficult, steep, high-altitude climb requiring experience, good health, and strong physical stamina.

This is an approximately two-week endeavor accounting for acclimatization, weather, and successful ascent efforts.  Some people take longer allowing for easier acclimatization.

Savage River Loop:  This 1.7-mile (2.74 km) loop trail takes about an hour to complete.  The trail follows alongside the Savage River as the river meanders through the canyon between Mount Margaret and Healy Ridge.

A bridge crosses the river at the midway point to travel back along the other side of the river.  There is minimal elevation change.

Although the trail starts off paved or as a gravel road over the first 8 miles (13 km) of the trail, the remainder of the trail is the rugged, remote wilderness that at times is even dangerous hiking.  In total, the trail is 18.6 miles (km) long.

Denali National Park was created to protect the terrain surrounding North America's tallest mountain.  The wilderness is home to grizzly bear, moose, caribou and several other species of wildlife.  The park was further established to protect that habitat that allows the animals to thrive without humankind encroaching and threatening their existence.

Denali is one of the Seven Natural Wonders of North America and it is imperative that citizens and global visitors do everything possible to ensure this wonder is available for future generations to experience in its pristine condition.