Channel Islands National Park is located in the Pacific Ocean off the southern coast of California, of the United States.  The collective land and marine parts of the park covers an area of 389.9 square miles (1,009.9 sq km).

There is a total of eight Channel Islands and five of them make up the national park.  The islands off pristine wilderness that have barely been touched from a development perspective.

Santa Cruz Island measures 22 miles (35 km) in length and varies between 2 to 6 miles (3 to 10 km) wide.  It is both the largest Channel Island as well as the largest California island.  It features steep cliffs, massive seas caves, and beautiful coves and sandy beaches.

Devils Peak is the tallest point on the island at a height of 2,450 feet (747 m).  A valley runs along the center of the island dividing it in half.  Painted Cave is the largest sea cave in the islands and one of the largest in the world.

The majority of Santa Cruz is owned by the Nature Conservancy with the remaining portion managed by the National Park Service.  The good news is they are collectively protecting the wilderness of the islands together.

The blue whale is the largest animal on earth, and it is known to visit the waters surrounding the islands.  There are over 2,000 species of flora and fauna that create a haven for nature lovers to experience for the first time. 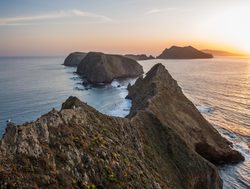 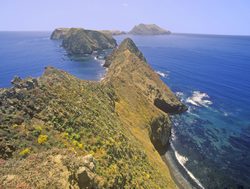 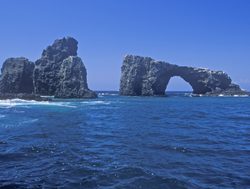 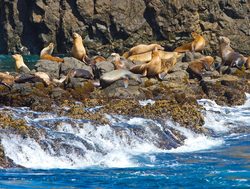 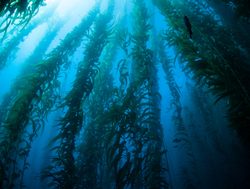 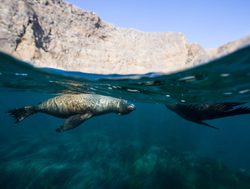 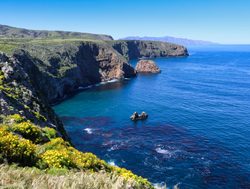 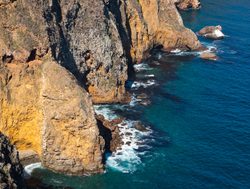 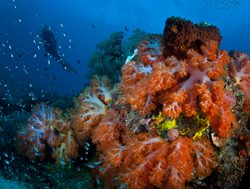 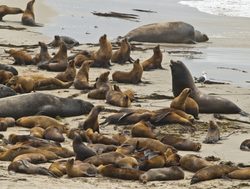 The unique and endemic wildlife is the highlight of the Channel Islands.  There are 145 species that are only found in the Channel Islands and nowhere else in the world.  This is a chance to see wildlife that cannot be experienced in any other place.

Whale-watching tours provide an opportunity to see migrating gray whales as well as the blue whale which is the largest animal on earth.  They are both such magnificent creatures.

There are at least 24 different trails that meander across the different islands of the national park.  Here is a look at some of the popular outings.

This is a long 4.9-mile (7.9 km) but an easy trail that explores the harbor area with several nice vista lookouts.

This trail is moderate with some elevation changes.  It is a 7.7-miles (12.4 km) long trail that takes a little over four hours to complete.  It provides scenic lookouts along the way.  How can you pass on a trail with this name?

This loop trail is fairly easy to navigate over the short 1.6-miles (2.6 km).  It provides some views of the cliffy coastline.

This is a more adventurous trail trekking to the summit of the mountain.  It covers a distance of 8.5 miles (13.7 km) and takes about 5 hours to complete.

This moderately rated trail covers a distance of 3.97 miles (6.4 km) with elevation changes that give you views of Pelican Bay.