Losiny Ostrov National Park is located in the eastern part of Russia near the city of Moscow.  Actually, part of the park actually lies within the Moscow boundaries.  The park covers an area of 45 square miles (116 sq km).  Combined with Sochinsky National Park, the two are the oldest national parks in Russia.

Over 80% of the park is blanketed with forest with 27% of that falling in the city limits of Moscow.  The forest is the third-largest wooded area associated with a city of similar size.  The only larger forests are found in Table Mountain National Park in Cape Town, South Africa, and Pedra Branca State Park in Rio de Janeiro, Brazil.

This exquisite wilderness located in the proximity of such a major metropolitan area is one of the things that makes Losiny Ostrov so special.  It is astounding that both local Russians and international visitors can be engulfed in the wilderness within mere moments of being entangled in the hustle of city life in Moscow.

Apart from the forest which accounts for the majority of the national park, visitors will also have chances to see lake, river, and swamp habitats.  The park is separated into three functional regions:

The elevations of the park vary from 479 to 574 feet (146 to 175 m) creating a lowland terrain that serves as the watershed for the Moskva River and the Klyazma River.  The rivers, swamp, and forest areas serve as an excellent habitat for wildlife.

Some of the hopeful wildlife sightings moose, beaver, weasel, wild boar, varied hare, muskrat, and red fox.  There are 186 species of birds that either nest or migrate through the national park.  The kestrel, goshawk, hobby falcon, and red-footed falcon are some of the highlight bird species. 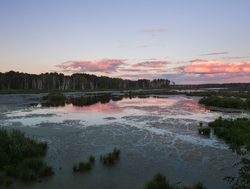 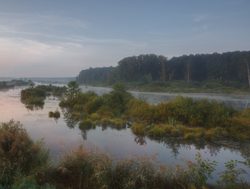 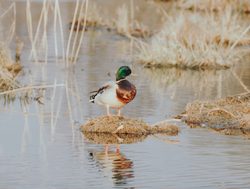 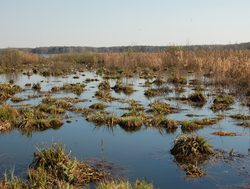 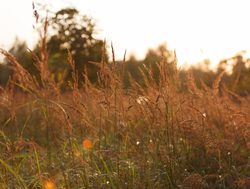 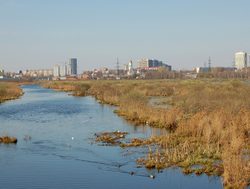 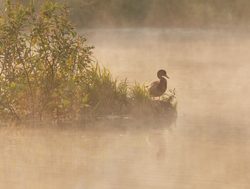 A highlight of the national park is having the opportunity to escape the entrapments of city life in Moscow and be freed into the wilderness within just a few minutes.  Turning off the world and letting nature occupy the mind and senses is a highlight.

Along with the above escape into the wilderness, there is really no place like this where you can be in the city in one moment and seeing wildlife the next without actually leaving the city limits.  The closest comparison is Nairobi National Park in Kenya.

The Yauza River traverses through Moscow as well as through the national park.  The river sits at some of the lower elevations of the park and creates some of the more splendid landscapes in the park.

In the southwest region of the park, some terraces rise out of the floodplain zone with steep slopes.  With forests serving as the backdrop, this area is one of the most picturesque.

The Moscow Little Ring Railway is a 33.8-mile (54.4 km) orbital railway in Moscow that crosses through the park.  Although not as serene as hiking in the park, taking the train across the park is a relaxing way to see some of the wilderness it has to offer.

Hiking around Losiny Ostrov National Park is one of the most popular activities of the national park.  There are multiple opportunities to hike the area, and many parts are on the boardwalk, making it easier to navigate.

There is actually an extensive network of trails throughout Elk Island or Losiny Ostrov National Park.  The majority of the trails meander through the forest, providing visitors with a chance to see birch, oak, elm, linden, and aspen trees and when in season blueberries, cranberries, and wild ginger.

There is a complete network of designated trails that crisscross and meander around the park. The majority of trails are well marked and easy to identify while some are even groomed or boardwalk.

National Park was created to protect the pristine wilderness that occupies part of Moscow while extending further into the forested area outside of the city limits.  The park protects the wilderness, which serves as a habitat for the wildlife, which is genuinely a neighbor of the metropolis.

The protected area was established to prevent further encroachment from humankind and provide opportunities for future Russians and international visitors with a chance to experience the tranquil wilderness and wildlife found within the park.