Nairobi National Park is located just south of central Kenya right next to and within the Nairobi city region.  Travelers landing at the Nairobi airport can literally see the park and potential wildlife as the flyover and land at the airport.

There is nowhere else in the world where such a collection of wilderness and wildlife sits so adjacently to a major city.  Only 4-miles (6.4 km) separate the center of the city from the wildlife in the reserve.

The national park encompasses an area of 45.26 square miles (117.2 sq km) and was the first national park established in Kenya.  The park is smaller than most Kenyan and other Africa national parks.  Although it is so small, it is quite diverse in habitats.  The majority of the habitats are dominated by open plains, grasslands and scattered acacia trees.

Other parts of the park include a highland forest, rocky gorges, broken bush company, and riverine forest.  The varied habitats bring a variety of mammals and bird species.

Almost everyone traveling to Africa sits in hope of seeing the predator species.  Nairobi National Park does not disappoint with predators including lion, leopard, cheetah, and hyena.  Other large mammal species include buffalo, black rhino, baboon, eland, gazelle, hartebeest, hippopotamus, impala, giraffe, wildebeest, and waterbuck.  One of the missing species that most people hope to see is elephant.

The most populous species are found among the ungulates.  Impala, wildebeest, Hartebeest, Thomson's gazelle, Grant's Gazelle, and Eland.  It is fair to expect to see each of these species during a visit.  The abundance of ungulates also makes the predator species happy knowing that their hunt is very easy.

There is an abundance of bird species with the vulture and ostrich being two of the larger or more intriguing species. The ostrich is commonly seen along the plains.  Other large species include Crowned Crane, Kori Bustard, Ground Hornbill, Egyptian Goose, and the Black-necked Heron.  There are several songbirds which serve as a complementary experience for the birdwatchers. 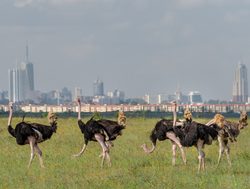 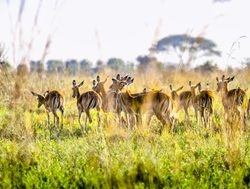 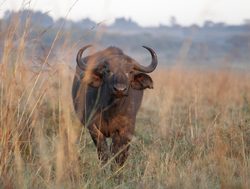 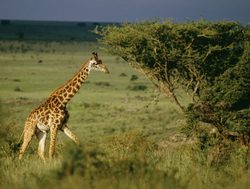 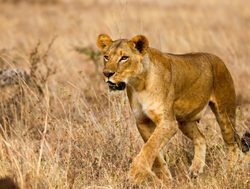 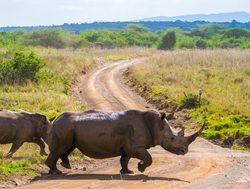 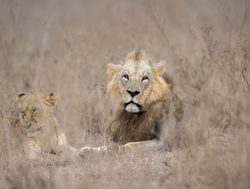 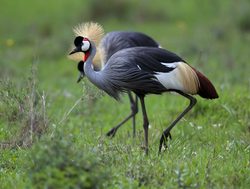 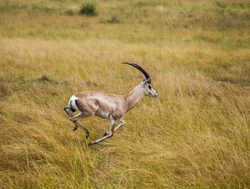 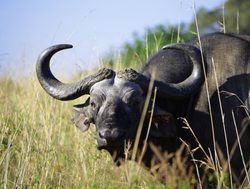 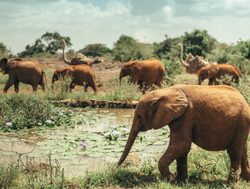 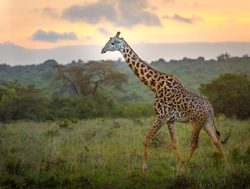 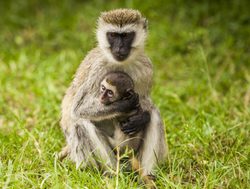 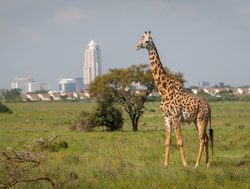 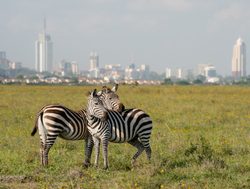 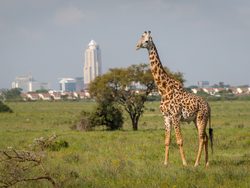 Nairobi National Park is committed to protecting the endangered rhino and their efforts are one of the most successful in Africa.  Experiencing these magnificent creatures is certainly a highlight.  Many people find the proximity of this collection of animals to the industrial city of Nairobi to be highlight of fascination.

The Nairobi Safari Walk is a great way to breathe the fresh air and take in the wilderness that is a literal neighbor to one of the most industrial cities in Africa.

Apart from that, the abundance of wildlife that is so easily accessible so close to such a large metropolis leaves most people bewildered that the wildlife and wilderness is right there.

The Nairobi Safari Walk is a chance to get out and walk in the national park, however, it is now a trail but self-guided walking is not permitted.