Retezat has the distinction of being Romania's first national park.  The Retezat Mountains represent the highest mountains in the country and one of the most striking parts of the Carpathians.  It is home to the highest number of summits reaching heights over 6,560 feet (2,000 m) throughout Romania.

The national park is renowned for its primeval forest as well as an excellent unspoiled mixed forest that is the most extensive individual forest on the continent.  There are around 1,190 species of vegetation that complement the forested area.

The mountainous area is blanketed with 80 individual glacier lakes scattered across the park’s boundaries.  This is another natural feature the park is well known for.  UNESCO has recognized the region as a larger biosphere reserve.

The biosphere reserve, the old-growth forest, and pristine wilderness support an array of wildlife species found in the area.  Some of the most popular species include brown bear, chamois, Eurasian otter, European lynx, European wildcat, fox, red deer, roe deer, wild boar, and wolves. There are at least 120 species of nesting birds located in the park’s region. 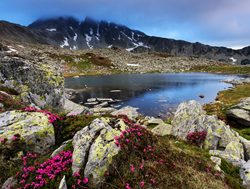 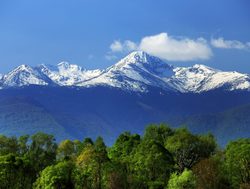 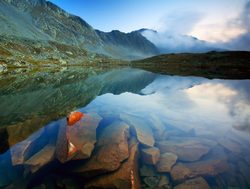 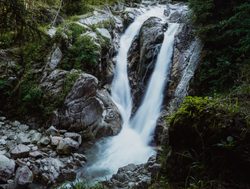 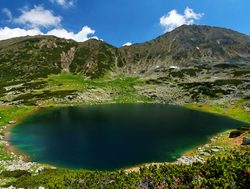 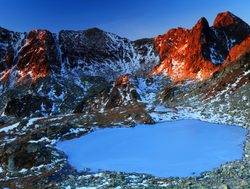 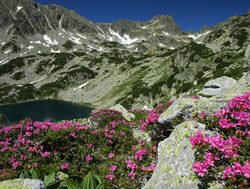 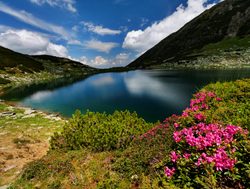 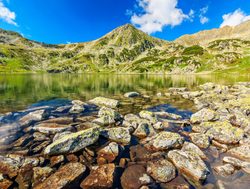 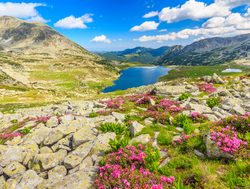 The national park is renowned for astounding views of pristine mountains, forested areas, and the abundant number of glacial lakes.  Mountains, glacial lakes, primeval forests, and mixed forests provide a collective encounter with nature that is often ascribed as the highlight by visitors exploring the park.

The mountains are the highest in Romania and they are covered with 80 separate glacial lakes.  Lake Bucura is the most popular. The old-growth forest and virgin mixed forest are some of the best representations in all of Europe.  The mountains and glacial lakes are pinnacle attractions of the park.

One of the highlights is the striking mountains and the number of mountains reaching peaks over 8,000 feet (2,438 m).  Peleaga Peak is the highest summit in the park reaching a height of 8,232 feet (2,509 m). Along with its neighboring mountains, they represent some of the largest massifs in Romania.

Hiking is one of the most popular activities of visitors coming to explore Retezat National Park.  Hikers often find themselves mesmerized by the remarkable picturesque views and the encounters with the pristine forested wilderness.

As the deepest and largest lake in the park, Bucura is the most common destination for hikers.  There are multiple paths that ascend to the lake but approaching the lake from the Gura Apei side is recognized as the easiest.  The journey takes about 3 hours.

This trail ascends to a height of 6,529 feet (1,990 m) where the glacial lake is located.  The ascent and trek take about 3.5 hours but offers stunning views.

The mountain from the park’s name is a popular hike.  Approaching the summit from Lolaia Saddle is the most common ascent and takes about 4 hours.  The terrain is rugged and features large rocks.  Be prepared for a challenging adventure with striking panoramic views.

Retezat National Park was created to protect the beauty of this region which has been ascribed as one of the most beautiful portions of the Carpathians.  Along with the beauty of the region, the park protects one of Europe’s last remaining intact old-growth forests.

The national park is also protecting the largest separate and individual region of pristine mixed forest found across Europe.  Approximately 130 species of vegetation are recognized as either endangered or vulnerable.