Domogled Valea Cernei National Park is located in the southwestern part of Romania, not too far from the border of Serbia.  The park covers an area of 0.236 square miles (0.611 sq km).

The national park is relatively small in the area covered, but it is packed with a variety of astounding natural wonders.  Visitors will find cirques and valleys nestled among the mountains along with sinkholes, pit caves, and typical caves.

Waterfalls add to the remarkable landscape along with the unique feature of the limestone pavements that cover some of the park areas.  Mountains account for the majority of the terrain inside the park.

The national park is situated in Retezat-Godeanu Mountains, which are nestled between the Cernan and Godeanu mountains to the east and the medinti and Valcan mountains to the west. Collectively, the mountains are part of the Southern Carpathians.

The Cerna River and accompanying river basin are some of the additional natural facets of the area.  The habitat is home to a variety of diverse vegetation and wildlife species.  Some of the species are endemic.

The vegetation and diverse landscape is home to at least 14 different mammalian species as well as an abundance of bird species.  This is an excellent place for birdwatching while hiking and exploring the astounding landscapes. 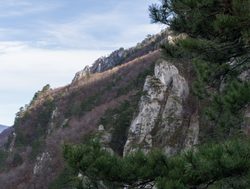 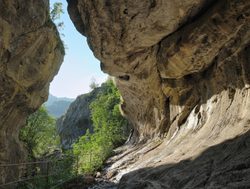 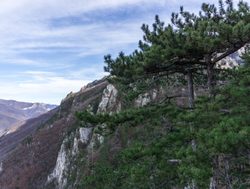 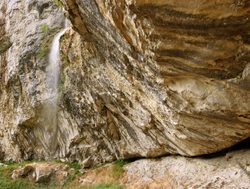 The park is blanketed with remarkable picturesque landscapes that are beautiful year-round.  However, some would argue the highlight of the park is during the spring when the rainy season elevates the splendor of the waterfalls located in the park’s borders.

Others would argue that the highlight of the park is during the fall when the colors of the fall foliage create tapestries of natural art across the mountainous terrain.

The Vanturatoaraca Waterfall features a single drop of approximately 196.85 feet (60 m).  It is considered one of the most impressive waterfalls in the national park.  It is a low volume waterfall that is more impressive by its plume than its width.

Balneotherapy is often a highlight or personal reason for visiting the national park.  The historical Herculane Baths were internationally known and visited by people looking to take advantage of their therapeutic facets. The baths feature hot springs characterized by a thermo-mineral healing perspective.

It was once a place for royal families to come and revitalize; however, those days are long gone.  Along with the esteem associated at the time, the standards have fallen short.  Don’t expect the royal experience, but you can look forward to the therapeutic encounter.

Domogled Valea Cernei provides abundant opportunities to hike and explore around the park.  Here is a quick look at some favorites.

This is a day hike along the gorge that is one of the pinnacle attractions of the park.  The trail is rated moderate and provides amazing views.

This is about a 45-minute hike over and along the Cerna River before reaching the base of the falls.  You can continue the hike another 45 minutes to the area behind the falls.  The hike is most impressive during the spring or after a good rain.

The trail is locally known as Lacul Valea lul lovan.  It is a picturesque hike around the lake, providing a variety of views of the landscape.

The national park was created to protect a variety of flora and fauna species that are endemic to the region and, in some cases, quite rare. Humankind must collaborate with the park’s efforts to prevent these species from becoming extinct.

Along with the pristine wilderness, the park also protects the thermo-mineral hot springs.  There are The Herculane baths are tied to the legend that believes Hercules bathed in these therapeutic waters himself.  The park is protecting what is considered one of the oldest resorts in both Romania and the world.