The park is only 56 miles (90 km) from Nairobi sitting at an elevation of 6,200 feet (1,900 m) above sea level.  Hell’s Gate Gorge is the main attraction and basis for the park’s name.  Red walled cliffs travel along the gorge and feature two volcanic rock formations known as Fischer’s Tower and Central Tower.

A smaller gorge trails away from Central Tower and leads to an area of hot springs.  The springs are hot enough to cause burns.  There are two extinct volcanoes known as Olkaria and Hobley’s found with the park boundaries.

Hell’s Gate is a popular national park in Kenya because of its easy access from Nairobi as well as the variety of wildlife and amazing landscapes that can be experienced with a visit to the park.

The wildlife numbers are smaller, but the variety of wildlife is abundant.  Some of the predator species include lion, leopard, hyena, serval, and cheetah.  Other popular species include zebra, eland, buffalo, hartebeest, klipspringer, reedbuck, hyraxes, and Thomson’s gazelle.

There are more than 100 species of birds with some of the larger species including the Verreaux eagle, augur buzzard, and vultures including the rare lammergeyer vulture.

From a cultural perspective, the park facilities include a Maasai Cultural Center where visitors can learn about the Maasai tribe customs, traditions, and overall culture.  This is an excellent educational opportunity to learn more about an amazing group of people with unique customs and practices. 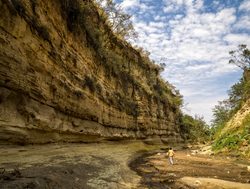 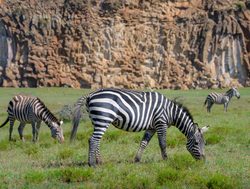 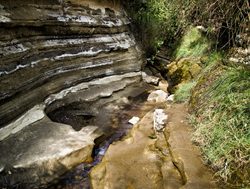 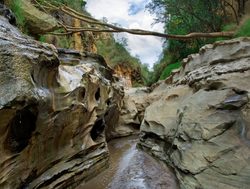 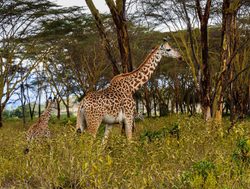 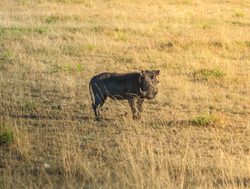 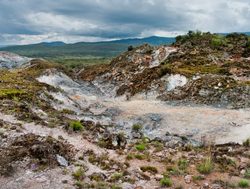 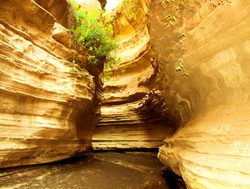 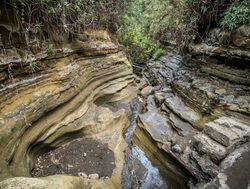 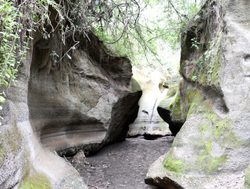 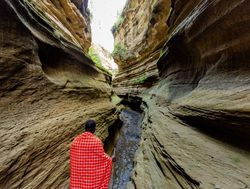 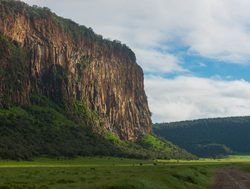 Hell’s Gate Gorge is the pinnacle attraction of the park with Fischer’s Tower and Central Tower serving as additional highlights.  The park attracts visitors because of its abundant scenery and wildlife as well as its close proximity to Nairobi.

The park served as the inspiration for the Disney movie Lion King as well as the movie, Lara Croft: Tomb Raider – The Cradle of Life.  Because most Kenya national parks do not allow hiking, trekking through the park is a highlight.  Below you will find a window into some of the possible hiking trails available to enjoy.

A cultural exploration into the Masai people is a highlight for those who have cultural interests that extend beyond the natural attraction of the wilderness area.

Although there is wildlife in the area which is not enclosed, hiking and biking are encouraged.  Camping is permitted as well.  This is only one of two national parks in Kenya that allow these activities.

Crater Lake:  one of the common trails is the one that follows along Crater Lake providing views of the lake and the surrounding landscape.

Hell's Gate National Park protects the red-walled gorge known as Hell's Gate and the surrounding habitat which is home to an array of wildlife.  The park also features a Maasai Cultural Center to invest in the cultural heritage of the Massai people.