Lake Nakuru National Park is located in the southwestern part of Kenya, northwest of Nairobi.    The national park encompasses an area of 73 square miles (188 sq km).  It is a UNESCO World Heritage Site celebrating the flamingos and abundant wildlife.

Lake Nakuru is the foundation of the park serving as a wildlife haven.  The maximum depth is only 6 feet (1.8 m) with an average depth of 1 foot (.30 m) making it easy for animals to access.  It is one of the Rift Valley lakes sitting at an elevation of 5,755 feet (1,754 m) above sea level.

Nakuru is an alkaline lake, which is what further draws birds and wildlife to its shores. The national park and lake are most renowned for the tens of thousands of flamingos which can reach over a million at their peak.  The best place to view the view flamingos is from Baboon Cliff.

An area around 116 miles (188 km) has been fenced to create a protected area for both black and white rhinoceroses as well as giraffes.  The park features about 70 white rhinos and another 25 eastern black rhinos.  It is one of the largest collections of rhinos throughout Kenya.

Wildlife is bountiful with a populous predator presence to reflect the abundance of prey.  Predator species include lion, cheetah, leopard, and hyenas.  Large pythons might be found as well.  Giraffe and the two species of rhino are mammalian highlights however there are several other species.  The waterbuck is more common than in other parks.

There is a small number of hippo that can be found along the reeds of the lake.  Along with the waterbuck, visitors might also see Reedbuck and Bushbuck.

Birdwatchers can hope to see African fish eagle, Verreaux’s eagle, Goliath heron, kingfisher, and of course an abundance of flamingos.  It is a spectacular place for birdwatching with over 400 species.   There are over a dozen different predator bird species. The flamingo population has earned the lake and national park the slogan, “the greatest bird spectacle on earth.”

The shallow lake is rich in algae and according attracts the flamingos who eat around 551,155 pounds (250,000 kg) of algae per acre a year.

Lake Nakuru National Park is only 102 miles (164 km) away from Nairobi making it easy to make a day trip out of the city to experience this amazing encounter with wildlife. 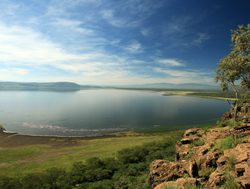 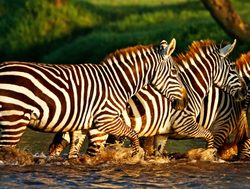 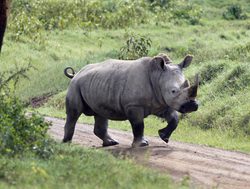 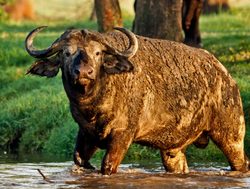 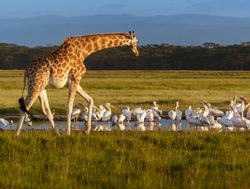 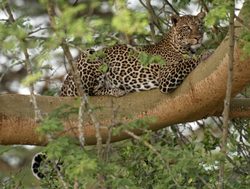 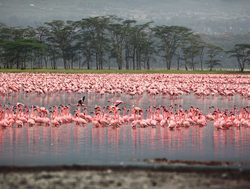 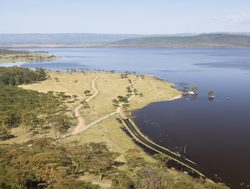 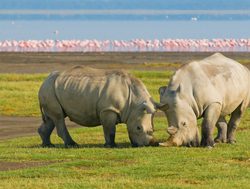 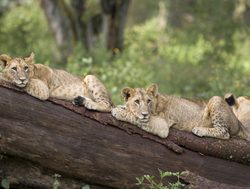 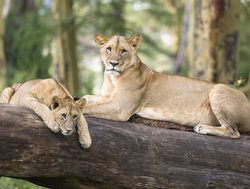 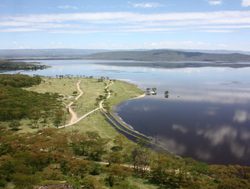 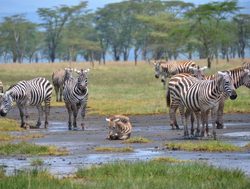 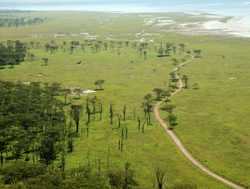 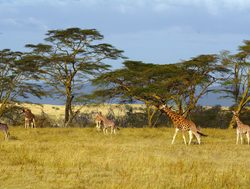 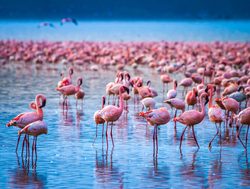 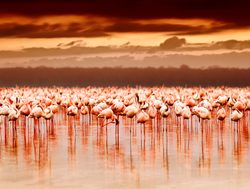 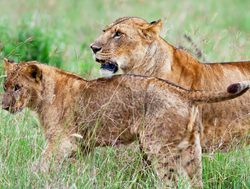 The pure volume of flamingos is a highlight.  Making your way to the lookout from Baboon Cliff is a must with views out over the sea of pink flamingoes.  When they take to the skies, it is an amazing scene.

Almost every visitor traveling to Africa for game viewing hopes to see a rhino.  The good news is, this is one of the most rhino populous places in Kenya, and rhino sightings are expected.

Lake Nakuru National Park is rich with wildlife including several species.  The reason people explore the national park is because of the animal encounters.  Accordingly, hiking or trekking is not permitted.