Amboseli National Park is in Kenya near the border of Tanzania.  The park encompasses 151 square miles (392 sq km).  It is part of the larger ecosystem that stretches across Kenya and Tanzania covering an area of 3,100 square miles (8,000 sq km).

Mount Kilimanjaro, the rooftop of Africa, crowns this protected area.  Amboseli National Park was formerly recognized as Masai Amboseli Game Reserve.  It is situated in the Kailado County of southern Kenya.  This national park protects two swamps and the plains from the foothill of Mount Kilimanjaro.

The collective groups of habitats create an abundance of scenic landscapes that are all capped-off with views of Mount Kilimanjaro.  Amboseli National park is accompanied by an expanse of the skies stretching from horizon to horizon.  The nights are filled with amazing opportunities for star-gazing.

Amboseli National Park is a safari destination with an array and abundance of wildlife to experience.  The majority of people traveling to Amboseli and looking for safari and wildlife encounters.  A pinnacle highlight is seeing wildlife with a clear view of Mount Kilimanjaro framing the background of the scene.

The long dry season creates excellent opportunities to experience animals visiting the swamps and various watering holes.  Along with the herds of elephants, wildlife enthusiasts can hope for sightings of lion, cheetah, hyena, jackal, mongoose, giraffe, cape buffalo, warthog, baboon, monkeys, zebra, impala, different species of gazelle and more.  The primary wildlife viewing area occurs in the eastern half of the park.

It is possible that within a single morning game drive through the eastern area, safari-goers may encounter lion, leopard, cheetah, black rhino, elephant, buffalo, and giraffe.  Along with these sought after species, you may have sightings of eland, waterbuck, and zebra.  Amboseli is a great place for experiencing the wilds of Africa.

Bird lovers will find a paradise of over 400 species of birds.  There are 47 raptor species of birds as part of the highlights from the skies in Amboseli National Park.  Although different species of birds may be experienced throughout the park, one of the best places to encounter birds is in the lake, marsh, and swamp areas. 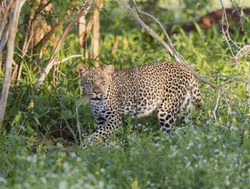 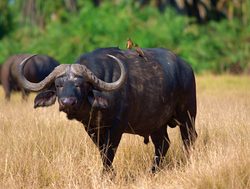 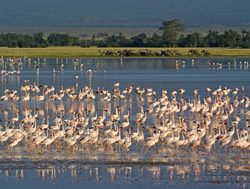 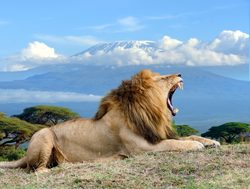 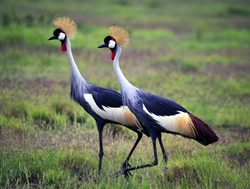 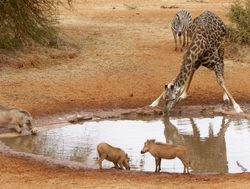 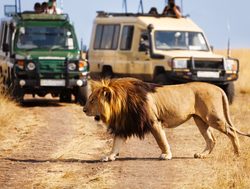 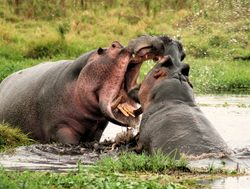 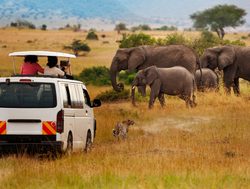 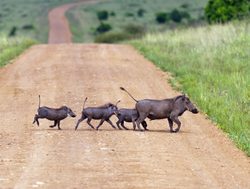 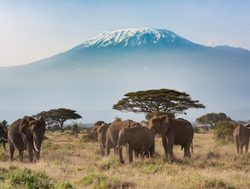 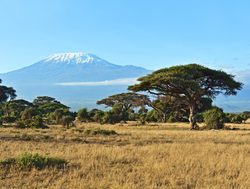 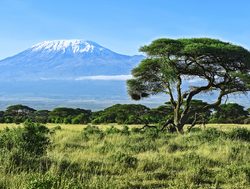 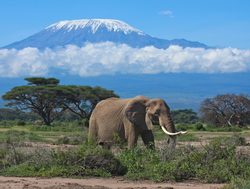 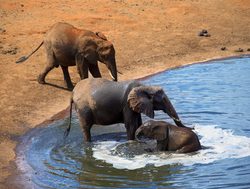 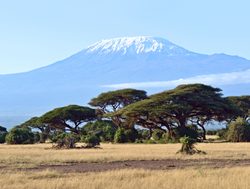 Amboseli offers one of the most stunning and picturesque views of Mount Kilimanjaro.  Although the mountain is located in Tanzania, the best views of Kilimanjaro occur in Kenya.  When you search for images of the mountain, many of the images are created from the Kenya viewpoint and almost all of those are from within Amboseli National Park.

One of the intriguing wildlife experiences is when the elephants are feeding in the swampish grasslands as they wade through above their legs.  They are nature's little bulldozers.

Amboseli is wildlife wilderness with predator species roaming throughout the park.  There are no hiking trails within the area.  However, there are guided walking safaris that allow visitors an opportunity to have a more intimate encounter with the nature of the park.

Amboseli National Park was established to protect the wilderness at the base of Mount Kilimanjaro where wildlife roams.  The terrain is home to over 400 species of birds and abundant wildlife including the renowned Big 5.  The park has over 1,000 elephants roaming in the grasslands and marshes.