Kilimanjaro National Park is located in Tanzania along the northern border shared with Kenya.  It covers an area of 652 square miles (1,688 sq km) which includes the montane forest that surrounds Mount Kilimanjaro.  Mount Kilimanjaro is one of the 7 Natural Wonders of Africa and a UNESCO World Heritage site.

Kilimanjaro National Park is home to Mount Kilimanjaro which is the tallest mountain in Africa and the tallest free-standing mountain in the world.  It reaches a maximum height of 19,341 feet (5,895 m) at Uhuru Peak.  Uhuru peak is part of the Kibo cone, which is one of three volcanic cones found on the mountain.

Mount Kilimanjaro and the surrounding national park area is unique compared to most national parks because almost all ecosystems are accounted for from the area between the base and summit.  The summit provides for an arctic ecosystem with a trek up the mountain delivering visitors through cultivated land, rainforest, heath, moorland, and alpine desert.

There are seven different official routes up the mountain.  The Marangu route, which includes shared sleeping huts, is considered the easiest and the most common.  Failure to acclimate to the altitude is the most common reason that people do not reach the summit.  The youngest person to climb the mountain was 7 years old and the oldest was 89 years old.

Wildlife is not abundant in this area; however, elephants, leopards, and buffalo may be seen in the montane forest.  These sightings are not something to anticipate with a climb up Mount Kilimanjaro.  One of the fun wildlife sightings is the western black and white colobus monkeys as they jump from tree to tree. 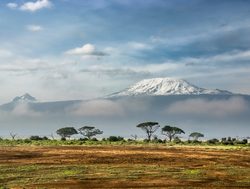 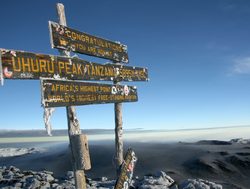 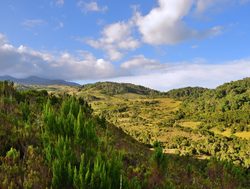 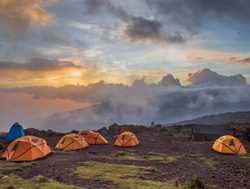 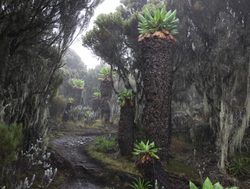 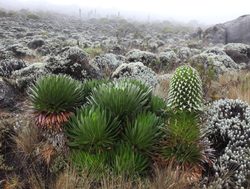 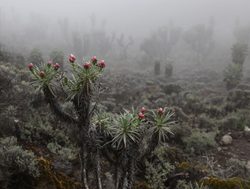 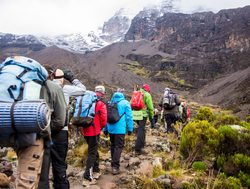 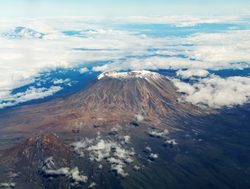 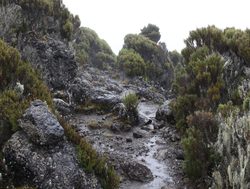 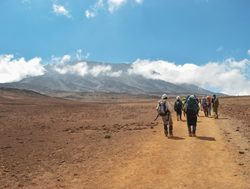 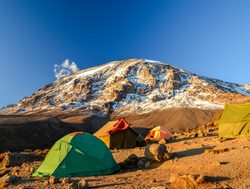 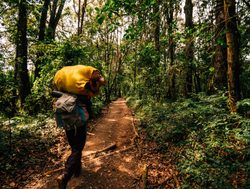 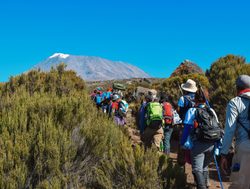 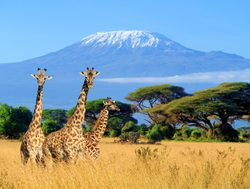 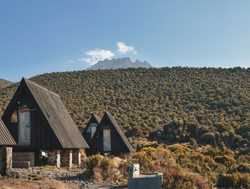 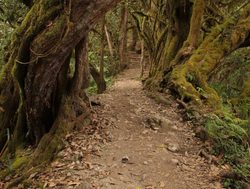 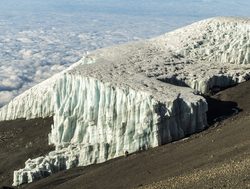 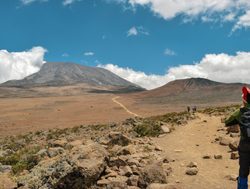 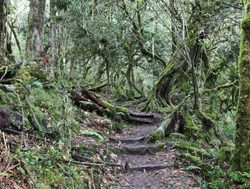 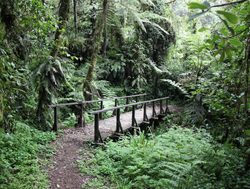 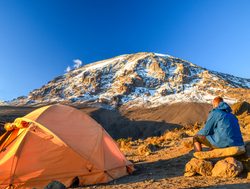 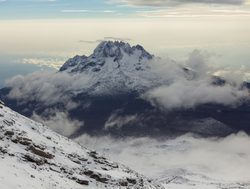 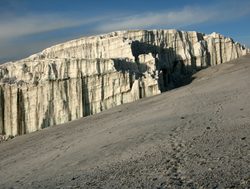 Any visitor who sees Mount Kilimanjaro uncovered from the clouds can’t help but stand in awe.  This is a highlight in and of itself, however, making the trek up the mountain is a pinnacle experience for any who undergo the journey up. 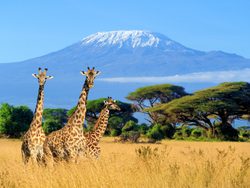 Mount Kilimanjaro is one of the Seven Natural Wonders of Africa and is affectionately known as the rooftop of Africa. There are multiple summits on the mountain with Uhuru Peak serving as the highest point.  The mountain earned its wonder status from being the tallest mountain in Africa and the tallest free-standing mountain in the world.

The climb up Mount Kilimanjaro is an amazing experience even if you are one of the climbers who does not reach the summit because of altitude sickness or possible exhaustion.  Amazing views of the surrounding plains await travelers along the way up the mountain.

A trek up to the summit allows a traveler to experience almost every type of ecological system in one single adventure.  Ecosystems include cultivated land, rainforest, heath, moorland, alpine desert, and an arctic summit.

When it comes to talking about trails, really you are talking about routes up the mountain.  There are seven different routes that provide opportunities for the ascent to the summit.

Southern Routes: Marangu, Machame, and Umbwe are the three routes that ascend from the south.

Western Routes: Lemosho, Shira, and Northern Circuit are the three routes that ascend from the west.

Northern Route: There is only one route that ascends from the north known as Rongai.

The Marangu Route, affectionately called the Coca Cola Route, is one of the more popular routes for the traditional visitor.  It features one of the more gradual slopes as well as provides sleeping huts along the way.  It is the oldest and most established route.

Approximately 25,000 people attempt the ascent each year.  Altitude sickness and exhaustion are the primary roadblocks to a successful climb.  Around 66% of those who attempt the trek up Mount Kilimanjaro are successful.

The Tanzanian government established the national park to ensure that this natural wonder was left its pristine and majestic nature for future generations.