The highlands are comprised of the extensive lava Sanetti Plateau that features six different volcanic cones.  Much of the landscape is blanketed with remnants of volcanic activity including trachyte, rhyolites, and basalts.

The mountains give way to multiple rivers that feed into five significant rivers which include Dumal, Ganale, Wabe Shebele, Web, and Welmel.  The abundant rainfall and riverine water sources give way to a variety of vegetation.

The park features northern grasslands, northern woodlands, Afro-alpine meadows, Erica Moorlands, and the Harenna Forest.  These five habitats vary depending on elevation which ranges from 9,800 feet (3,000 m) to 14,360 feet (4,377 m) above sea level.

These habitats provide a safe haven for an abundance and variety of wildlife, which in some cases is found nowhere else in the world.  The national park is reported to have one of the greatest percentages of endemic species in the world.  Around a quarter of all Ethiopian’s endemic species are located within Bale Mountains National Park.

Some of the most popular wildlife predator species include lion, leopard, African wild dog, hyena, African golden wolf, and the Ethiopian wolf.  Some of the other popular species include mountain nyala, giant forest hog, reedbuck, klipspringer, duiker, bushbuck, warthog, and the colobus monkey. 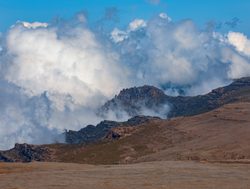 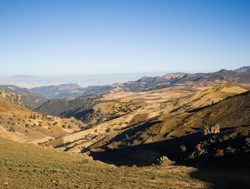 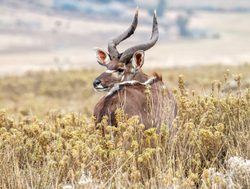 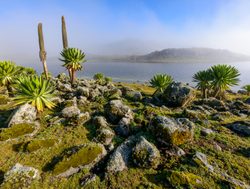 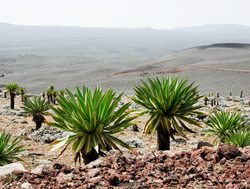 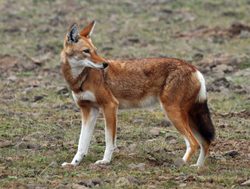 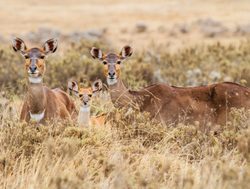 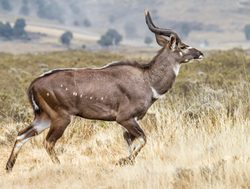 The park is also well known for its diversity with vegetation.  There are over 1,320 species of flowering plants and over 160 of these are endemic to the country.  About 14% of the Ethiopian endemic species are only found within the borders of the national park.

Another one of the highlights of the Bale Mountains is the opportunity to see wildlife that may not be seen anywhere else in the world. 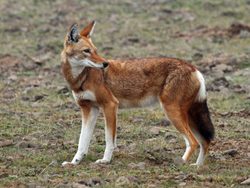 The Ethiopian Wolf is an endangered species and is considered the rarest canid in the world.  It is estimated that only 400 individuals are currently living and about half of that population is found within the national park.

They typically are found in family groups from about 12 to 20 members.  However, they differ from other canine groups and hunt more individually versus in a pack.  Their typical prey is small rodents.

Ethiopia is home to almost 10% or the world’s species of birds and around 40% of those found on the continent of Africa.  It is considered one of the top 5 best birdwatching destinations across the entire continent.

The high concentration of rodent species makes this an excellent habitat for predator species as well. The park features endemic species to Ethiopia as well as a larger variety of migratory birds that travel through the park.  Together, they create one of the most unique and astounding birdwatching opportunities across Africa.

The national park is well established for hiking and exploring.  There are hiking opportunities that range from a single day outing up to over 10 days of hiking, camping, and exploring.  These trails will meander through the thick jungle and over the mountains while giving you chances to see lakes, rivers, and waterfalls.  Of course, you will also trek the journey with hopes of witnessing the abundant species of birds and wildlife.

The park is laid out to hike and camp.  Each trail between campsites ranges from 10.56 to 13.67 miles (17 to 22 km).  The trails vary in difficulty, so you need to be prepared for all levels of hiking.  However, if you leverage this opportunity and hike between the campsites for a multi-day adventure, it will be the most intimate and comprehensive encounter with the terrain.