Canaima National Park is located along the borders of Brazil and Guyana in the southeastern region of Venezuela. The national park boundaries encompass an area of 12,000 square miles (30,000 sq km).

The national park features Angel Falls which is the tallest waterfall in the world. Angel Falls reaches a height of 3,212 feet (979 m) creating the tallest uninterrupted waterfall with an initial plunge of 2,648 feet (807 m) followed by another 1,300 feet (400 m) of sloped cascading falls. The second plunge of 98 feet (30 m) occurs a little further downriver.

Locally, Angel Falls is referred to as the “waterfall of the deepest place,” or “the fall from the highest point.” It is one of the Seven Natural Wonders of South America and a UNESCO World Heritage Site.

Predators that might be seen in the area include the cougar and jaguar. Other possible wildlife includes the giant armadillo, the giant otter, two-toed sloth, the green iguana, and the green dart frog. Birdlife includes the dusky parrot, harpy eagle, hummingbirds, red-shoulder macaw, and toucans. 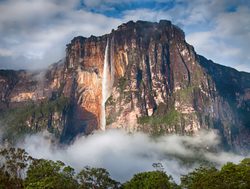 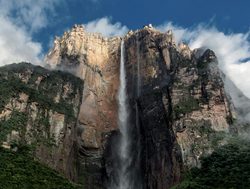 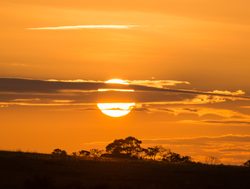 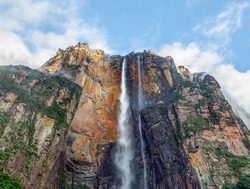 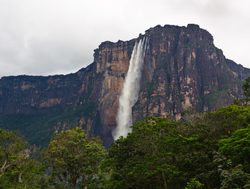 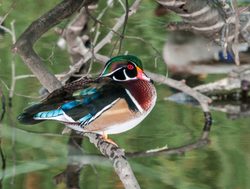 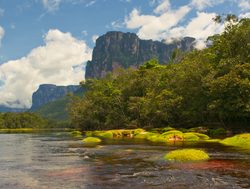 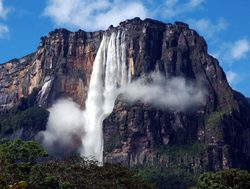 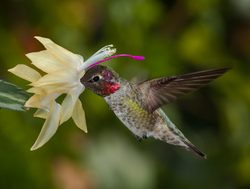 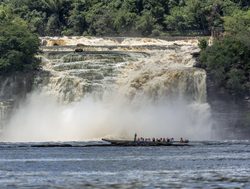 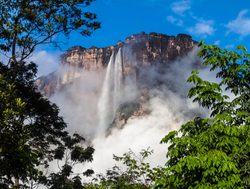 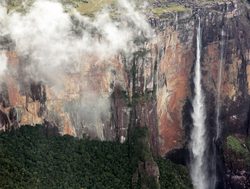 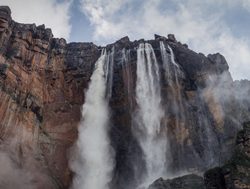 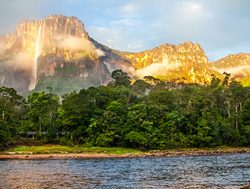 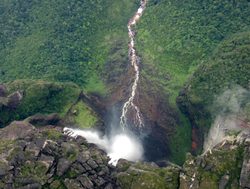 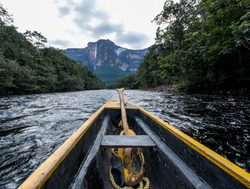 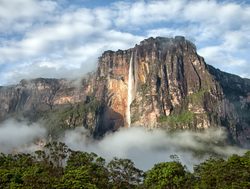 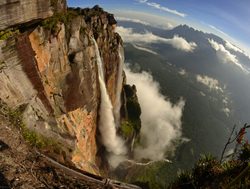 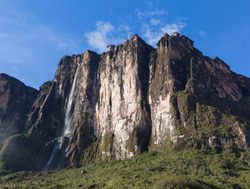 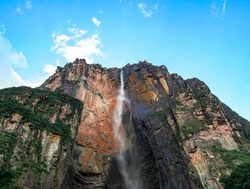 Without question, the highlight of Canaima National Park is Angel Falls. The park is the 6th largest park in the world, but most of that is unexplored wilderness protected by the Venezuelan government. 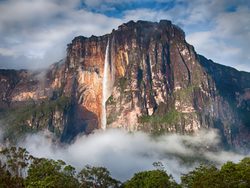 Angel Falls is the tallest waterfall in the world and the tallest uninterrupted plunge as well.  The initial plunge plummets 2,648 feet (807 m) toward the earth's floor before it hits the first rock outing.  The second plunge adds another 98 feet (30 m) creating a total plunge of 3,212 feet (979 m) making it the world's tallest waterfall. Mount Roraima

Mount Roraima has an elevation of 9,220 feet (2,810 m) making it the tallest tepui in the national park and in South America.  The plateau summit area covers 12 square miles (31 sq km) with the cliffs surrounding it on all sides measuring heights of at least 1,300 feet (400 m).

Mount Roraima is located in the southeastern corner of the national park.  It accounts for the highest point in the Guyana Highland Range.  There are higher summits in Venezuela, but this is the tallest point in the park. 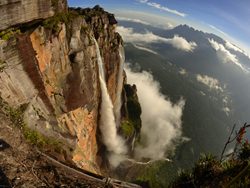 The large plateau of Auyan Tepui is home to several large cave systems.  Auyan Tepui is the location of Angel Falls noted above.  The height of the falls is more than double that of Niagara Falls in the United States.  The plateau terrain is home to 25 different species of amphibians and reptiles.

The travel out to Angel Falls on the canoe and hike to the falls is the highlight of the park, however, there is more hiking exploration available to the adventurous traveler.

Most of the hiking is directed at experiencing the pinnacle attractions of Angel Falls or Mount Roraima, however, there are over 7,412,316 acres (3 million ha) of wilderness to explore for the adventurous backpackers.

This is not really a trail but a trekking adventure.  The backpacking endeavor takes between a 5 to 6-day hike to complete.  The ascent to the summit is challenging.

This is a serene hike that travels into the forest.  The falls are a bit remote, however, the serenity of the nature that unfolds as you make your journey is worth every bit.

Canaima National Park protects the world's tallest waterfall.  However, the park is significantly larger than the area of the waterfall and this was intentional.  The remainder of the park protects astounding tupui landscapes and habitat that is home to amazing wildlife such as the jaguar and mountain lion as well as endemic flora and other fauna species.  Angel Falls is one of the Seven Natural Wonders of South America and it is a UNESCO World Heritage Site.