Manu National Park was created to protect a range of biological ecosystems that include Andean grasslands, cloud forests, and lowland rainforest. It stretches up to 13,123 feet (4,000 m) elevations down to the Amazon Basin plains. The Andes features creeks and valleys that feed into the Amazon Basin.

The park has an area where only researchers are allowed which features pristine forests and indigenous people groups. A second area is a reserved zone which is designated for both recreation and research.

A third area of the park is known as the recuperation zone which has the purpose of reviving previously disturbed areas. The final area is the cultural zone which includes human settlement.

Manu flora features over 4,385 species with over 1,108 distinct tree species within the national park boundaries. It is quick to understand how this area is protected and serves as a research base.

Wildlife is also diverse and abundant. Predators include the jaguar, cougar, and jaguarundi. There are approximately 160 species of mammals with some of more popular including the black-capped squirrel monkey, spider monkey, giant anteater, spectacled beer, collared peccary, giant river otter, marsh deer, a two-toed sloth, brown-throated sloth, and the giant armadillo.

There are 155 species of amphibians and 132 species of reptiles. There are the spectacled caiman and the black caiman along with the boa, green anaconda, and tree boa being some of the more sought after sightings.

There are over 1,000 species of birds with the harpy eagle, king vulture, scarlet macaw, blue-throated piping-guan, blue-headed parrot, and the giant hummingbird being some of the favorites. Of course, it would not be the Amazon without 300 species of ants and over 1,300 species of butterflies.

Research is a key focus of Manu National Park. The Tropical Andes meet the Amazon Basin adding to the diversity that is typically associated with the Amazon Rainforest.  This means that the location is an excellent opportunity to explore, search for new species, as well as the potential effects of these new species on diseases and conditions. 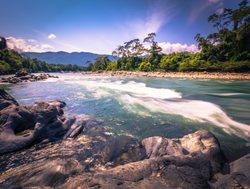 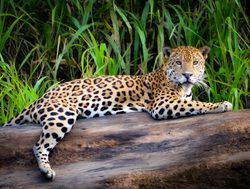 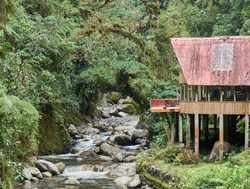 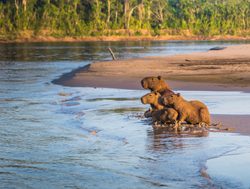 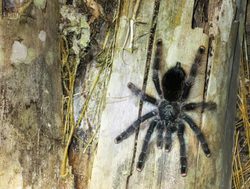 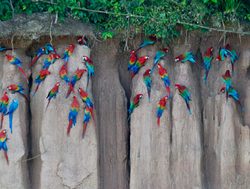 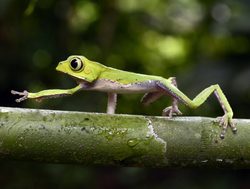 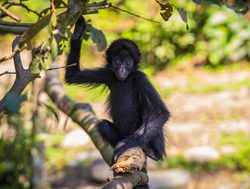 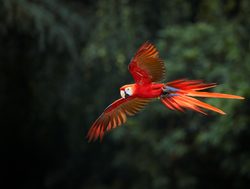 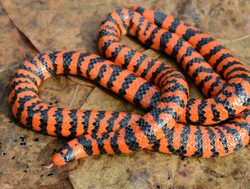 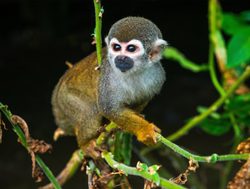 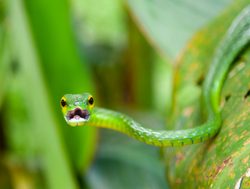 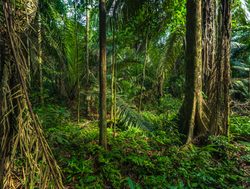 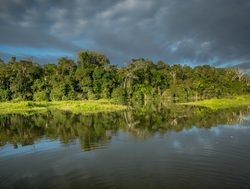 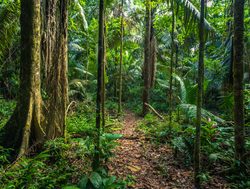 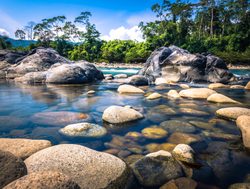 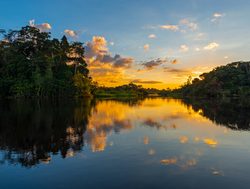 Manu National Park features five areas that allow visitors to explore the richness of the biodiversity found within the park. In part, travelers can take paths along oxbow lakes, river shorelines, and swamps. 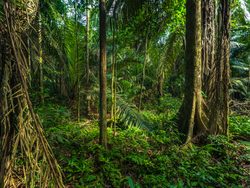 The majority of the Amazon Rainforest is located in Brazil, however, Peru is the second-largest representation of the rainforest.  The biological diversity and abundance of wildlife and wilderness make the Amazon Rainforest renowned around the world.  The park elevation varies from 492 to 13,779 feet (150 to 4,200 m) delivering layers of varying vegetation as the altitude changes.

One of the neighboring Amazonian national parks located in Bolivia is Madidi National Park.  There are many protected areas across the nine countries that lay claims to portions of the Amazon Rainforest.

The diversity of both flora and fauna is ever-present here in Manu.  The variety and abundance of species ensure that you will have an encounter with nature beyond your imagination.

There are different trails that take you to four different lookouts. One of the lookouts is an elevated tower 59 feet (18 m) high.

Canopy Walkway: This trail is elevated into the rainforest canopy and allows visitors to walk amongst the treetops of the Amazon Rainforest.