Darien National Park is located in the country of Panama in the southernmost region of the country and the larger Central America area.  The national park encompasses an area of 2,240 square miles (5,790 sq km).

Approximately 90% of the border between Panama and Colombia is within the park boundaries.  Colombia extends the protected area with the sister Los Katiosv National Park.  The park lies between the Caribbean Sea and inside the Serrania del Darien mountain range and the Pacific Ocean.

Along with protecting this natural bridge between North and South America, the national park is a UNESCO biosphere reserve.  It features a tremendously diverse ecosystem with tropical forests, mountains, palm forests, swamps and mangroves, rocky shorelines, and white sandy beaches.  It is one of the most pristine areas of wilderness and rainforest throughout Central America.

Macaws, including the Great Green Macaw, and parrots are some of the most popular of the 530 plus species of birds found within the park.  There are 169 species of mammals with some of the popular ones including black-headed spider monkey, Mantled howler monkey, night monkey, capybara, bush dog, giant anteater, peccaries, and the Central American agouti. Popular predator species include the elusive jaguar, ocelot, and American crocodile.

Many of the species are endemic and scientists believe there are many more species to discover in the region.  The park features hundreds of vertebrate wildlife and thousands of invertebrate species.

The area near Cana has been affectionately declared one of the 10 greatest birdwatching spots in the world.  There are several trails providing access to birdwatching opportunities.  Birds, as well as various species of monkeys, are located around the Pirre Station area.  Trails are also available to explore the area from the ranger station.

Unlike most national parks, Darien National Park is inhabited by a few different indigenous tribes that have remained within the park. 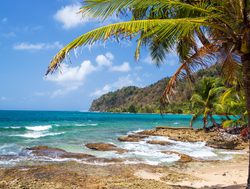 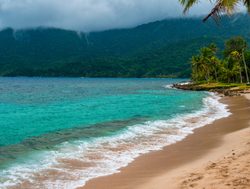 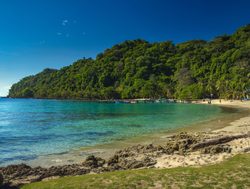 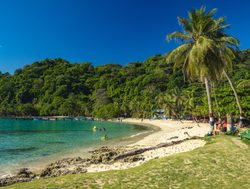 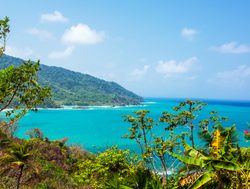 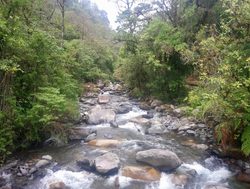 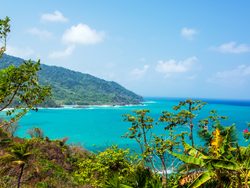 The Cana area of Darien National Park has been labeled as one of the top 10 birdwatching areas found throughout the world.  There is a ranger station located here with a variety of access points into the rainforest and surrounding area for tremendous birdwatching opportunities.

There are over 500 species to capture the birdwatcher’s attention.  The macaws are a favorite, and one of the highlights would have to be spotting one of the endangered Great Green Macaws.  Spotting other macaws will be easier.

If you are a birdwatcher, then visiting the region will not leave you disappointed.  Because of the remoteness of the park, there are not many tourists.  This makes for a tranquil visit as you explore the rainforest checking off the different species that you get to see.d

The majority of hiking occurs around the ranger stations located in the Cana area on one side of Cerro Pirre and the Pirre Station on the other side of the mountain.  There are several trails that are accessible through the rainforest providing ample birdwatching opportunities.

Some of these trails traverse through thick rainforest, over waterfalls, and involve terrain which can be slippery or challenging.  Many hikers will enlist the services of a local guide who can help navigate some of the more challenging areas.

Permission is required to access the park and trails.  The Panama government does recommend traveling in groups and or with a guide.  Illegal traffickers and cartels do use the thick jungle of Darien National Park to cross the border seeking to allude authorities.

This 5.5-mile trail ascends up the mountain Cerro Pirre with the peak of the summit offering a campsite with toilet and kitchen facilities.  It is common for hikers to spend the night and descend down the next day.

Darien National Park protects one of the most amazing rainforest habitats which is home to over 500 species of birds.  The parks protection includes efforts to help the rare great green macaw survive.  Darien is also home to at least 159 species of mammals.  This diverse ecosystem has also earned the park UNESCO World Heritage status.