Dunes of Texel National Park is located in the northern region of the Netherlands on the island of Texel.  The park covers an area of 17 square miles (43 sq km).

The national park is comprised of the extensive dune system on the western side of the island and coastal plains, which may be found on both the north and south sides of the island.

The park is comprised of 16 different areas varying in coastal plain and dune types of ecosystems.  De Geul is a wet dune valley that serves as a breeding area for the largest collection of common spoonbills.  De Muy is a dune lake and is the oldest recorded spot for breeding spoonbills on the island.

Saltmarsh plants characterize the De Slufter area, which serves as a breeding area for several different bird species.  A valley lies in the middle of the area features freshwater, which sustains a variety of orchids.

The island ecosystem includes dunes, woodlands, heaths, marshes, beaches, freshwater, and saltwater waterways. The types of dune habitats vary across the island with bird species differing in some cases based on the habitat changes.

The park is not known for wildlife; however, it is present.  Some of the more commonly seen species include rabbits, hares, hedgehogs, mice, stoats, and voles.  Common seal and grey seal can be seen along the beaches or playing in the water.  Porpoises might be seen offshore in the seas swimming about and searching for food.

The national park is more renowned for its variety of bird species.  It is a birdwatcher’s haven with a great opportunity to easily see the array of species nesting and migrating through the park. 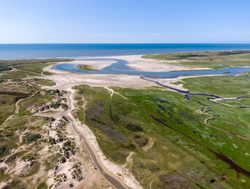 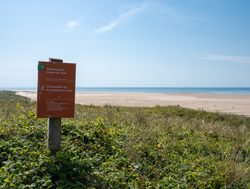 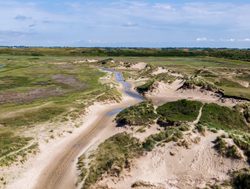 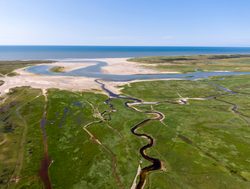 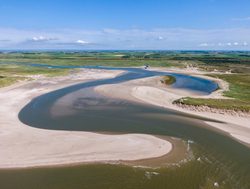 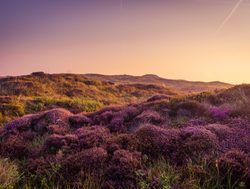 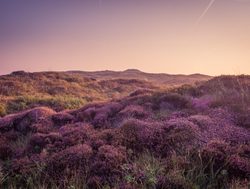 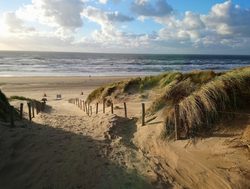 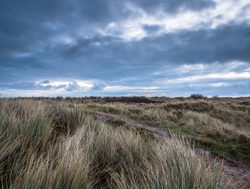 The highlight of the park is the coastal views of beaches, ocean waters, and dunes combined with the opportunity to see the numerous species of birds that nest and breed in the area.  Some people enjoy hiking about and breathing the saltwater air.

Lighthouse Texel is an iconic attraction in the park.  It is a red tower capped off with a white dome that houses the light.  The lighthouse adds a bit of picturesque character to the coastal landscapes.

The park is well suited for walking hikes to explore the dunes and coastal plains.  The trails are color-coded with blue, green, red, or yellow signs.  However, the paths do close during bird breeding seasons.  The hiking and biking trails are well maintained.

This trail is rated easy while traveling along the dunes across a distance of 2.3 miles (3.70 km) before returning.  The trail is exposed to the sun the entire time while providing you chances to see the beach and coastal views.  Birdwatching is a popular activity of the trail.

This is a loop trail covering a distance of 4.3 miles (6.92 km) while meaning along the shoreline and inland along the grassy dunes.  Birdwatching and chances to see wildlife are part of the excursion.  It is rated easy, however, please note there is no shade.

This is a trek around much of the island while meandering 43.6 miles (70.17 km).  There is an accumulative elevation gain of 1,233 feet (375.82 m).  Much of the trail is paved or well-groomed.  Scenic views of the coastal area and the island are the highlights of the trek.

This is an extensive 17.8-mile (28.65 km) one-way trek along the shoreline in this part of the park.  The trail also has an elevation gain of 433 feet (131.98 m).  The trail features a historic site as well as views of wildflowers, wildlife, beaches, and of course, birdwatching.

Dunes of Texel National Park was created to protect the coastal plains and dunes of Texel Island, which serves as a bird sanctuary.  The park closes many of the trails during the bird breeding season as an elevated commitment to protect the nesting bird species that rely on the island terrain.