Chitwan National Park is located in the central part of southern Nepal as part of the elongated river valley of the Inner Terai lowlands.  The national park encompasses an area of 367.81 square miles (952 sq km).

The majority of the subtropical forest is made up of Sal trees accounting for about 70% of the park area.  Chir pine is introduced as the elevation changes going into the Churia Hills.  Savanna and grasslands make up most of the remaining 20% of the park.  Elephant grass is the world’s tallest grass and it makes up a fair amount of the grasslands.

The king cobra and rock python are two of the more popular snakes with an additional 17 species.  Mugger crocodiles are another one of the popular reptiles found within Chitwan national park.

There are 68 species of mammals with the most popular being the Bengal tiger.  It is affectionately known as “king of the jungle.”  There are approximately 80 tigers living with the park boundaries.

Leopards are also found within Chitwan, however, they tend to be on the outer edges of the park and harder to come across.  Additional popular predators include foxes, honey badgers, wild dogs, striped hyenas, jackals, fishing cats, jungle cats, and leopards cats.

There are approximately 250 sloth bears with Chitwan National Park having the distinction of possessing the greatest population density.  Additionally, the park has the greatest number of rhinoceroses in Nepal.  Birdwatchers can anticipate capturing a sighting of some of the 543 species of birds. 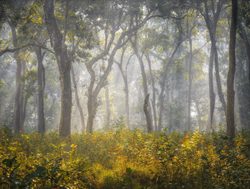 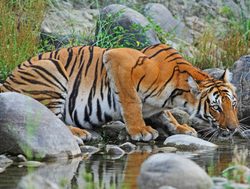 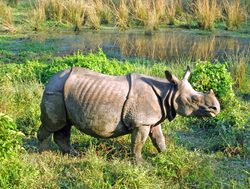 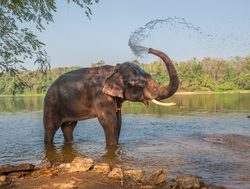 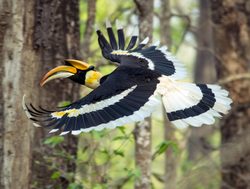 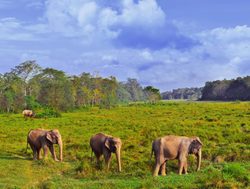 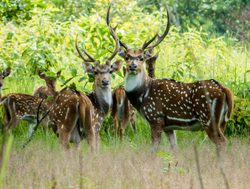 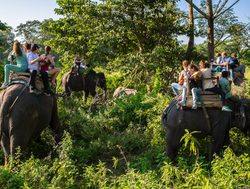 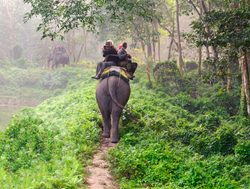 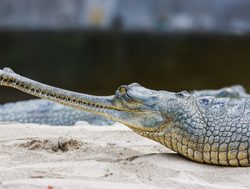 Wildlife is the highlight or the national park with the Bengal tiger being the ultimate animal sighting.  Chitwan is a leading tourist attraction for the country of Nepal.

Taking in the wildlife on the back of an elephant is one of the more adventurous ways to explore the park.

Exploring the nature and wildlife of the national park is the activity.  The primary choice that anyone needs to make is how.  Take a look at the ways you can search for wildlife.

Taking an elephant safari is one of the more adventurous ways to explore the jungle and wilderness.  Having a chance to see other wildlife while riding on the back of an elphant is quite exhilerating for most people.

One of the most common ways to experience wildlife is through a jeep or vehicle safari.  Alson known as a game drive, the jeep safari is a comfortable way to explore the wildlife.  It also allows you to cover more territory than on the back of an elephant.

When most people think of trails, they are thinking about how they can take off on an adventure of their own.  Wildlife is king in the park, and although there is hiking it is done with a guide.

Full or Half:  You have a choice to take a half or full-day hike.  The majority of this is exploring the forest and grasslands with a guide leading you along the path.  Remember this is a national park with free-roaming predator species – pay attention to your guide.

The Nepalese governement created Chitwan National Park to protect the amazing habitat that is home to an abundance of wildlife.  The protected area is part of the larger Tiger Conservation efforts.  The park also protects the elephant grass whcih is the tallest grass in the world.