Skeleton Coast National Park is located along the shoreline of northwest Namibia.  The park covers an area of 6,504 square miles (16,845 sq km).  This coastal region is one of the most inaccessible shores and shipwrecks are scattered across the area.

The remoteness, inaccessibility, and collection of ruins from wrecked ships make the name apropos for the park.  There are over 1,000 remains of wrecked shipping vessels scattered along the coast.

Locals often ascribe this saying about the park, “The Land God Made in Anger.”  The name was actually derived from the skeletons of whales and seals scattered across the shoreline from the whaling industry.

The national park is separated into two distinct regions.  The southern region is where the majority of activity occurs where four-wheel-drive vehicles are permitted to travel about the park and explore the region. Any vehicle that approaches the north will be greeted by a skull-and-crossbones sign deterring any further advancement.

Vehicles are prohibited from accessing the northern region of the park.  Visitors must take advantage of one of the fly-in tours.  The shoreline features a consistent heavy surf.  Ships often became stranded because they could reach the shore, but the conditions would not allow a ship to launch back out to sea.

The northern region of the park features the ephemeral Hoarusib River, the salt pans of the Agate Mountains, and Cape Fria.  The population of seals noted above may be found in the Cape Fria area.  The area is designated as a wilderness area and this is where wildlife may be found.

Some of the popular species include lion, giraffe, elephant, hyena, black rhinoceros, springbok, and baboon. 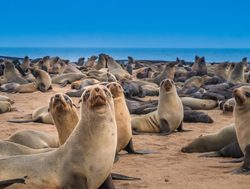 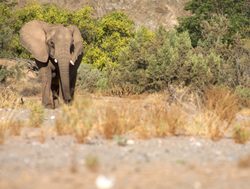 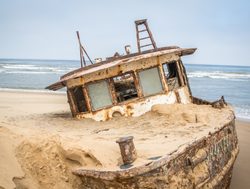 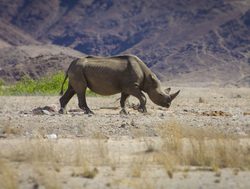 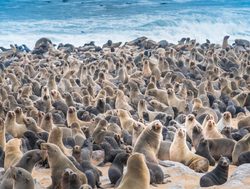 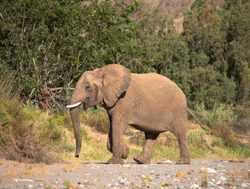 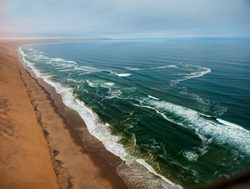 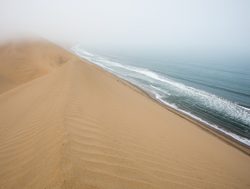 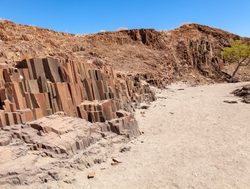 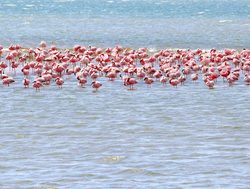 It is an intriguing national park when some of the highlights are identified as shipwrecks and a collapsed oil drilling rig.  Some of the most popular shipwrecks include:

The park is not known for trails but there are desert walks, beach walks, and some trails that allow you to see some of the park while on foot.

This is a challenging trail and the recommendation is that you be an experienced hiker.  It is a three-day/two-night outing that meanders inland along the Ugab River Canyon and up to some natural springs.  Along with the landscapes of the canyon, you will have chances to see wildlife and vegetation that has adapted to the harsh conditions.

Skeleton Coast National Park was created to protect the unique region of the coastal shoreline and the wilderness area in the northern region which is home to an array of wildlife.

The national park is protecting the endangered black rhinoceroses as well as elephants and other wildlife.  The park is also important from an ecological research perspective as scientists want to learn more about how wildlife has adapted to these harsh conditions.