Although the park is amongst a group of five other national parks, it is one of the least known.  However, for those who discover and explore Mudumu they are in for a treat.  The national park is characterized by a riverine ecosystem that follows along the Kwando River.

Outside of the riverine terrain, dense mopane woodlands and the Kalahari woodlands provide tremendous cover for the variety of wildlife species living in the area.  The entire park is void of any elevation changes.  The Mudumu Mulapo is a fossilized river that traverses through the central part of the park.  It only flows during the rainy season.

The predator species that lurk through the landscape include cheetah, lion, leopard, hyena, and the African wild dog.  Some of the other popular wildlife species include buffalo, crocodile, elephant, eland, giraffe, hippopotamus, kudu, roan antelope, kudu, oribi, impala, wildebeest, and zebra.

The park is also a bird lover’s haven with over 430 species of birds that nest or migrate through the park’s borders. The Africa fish eagle and the snake eagle are two of the highlight bird sightings. 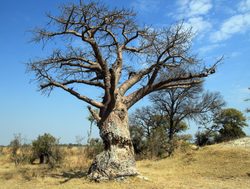 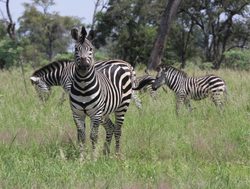 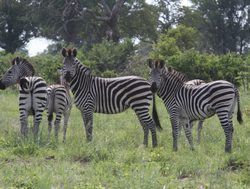 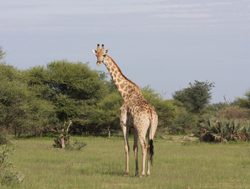 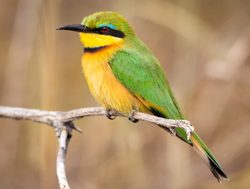 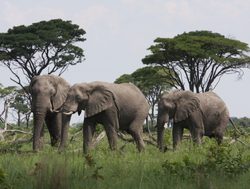 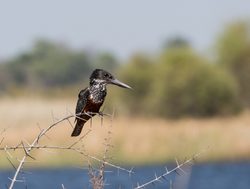 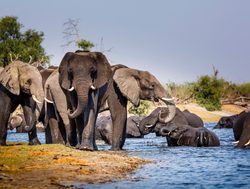 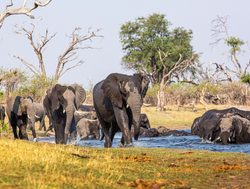 The park is a wildlife haven of diversity with over 430 species of birds for the bird lover and numerous mammalian species.  Of course, the predator species are often the most coveted wildlife sightings and they include lion, leopard, cheetah, hyena, and the African wild dog.

A game drive is the most common way that the park is engaged.  Most safari vehicles are four-wheel drive because of the challenging terrain.

Along with safaris of different types, the park offers other ways to experience the natural wonders of the region.

Nature walks are also guided tours that follow designated paths.  These are guided tours and usually connected to the different camps in the park.  These usually occur in the morning before the temperatures rise with the full-on sun.

Mudumu is a wildlife reserve with several predator species roaming about the park area.  The park does not feature traditional trails, however, hiking is permissible through walking safaris.

Whether on a walking safari or nature walk, it is important to wear good hiking shoes, a hat to shield from the sun, and to wear sunscreen as well.  Check with your guide about provided water and if not make sure you carry some with you.

Mudumu National Park was created to protect the migratory corridor for wildlife traveling between Namibia, Angola, Botswana and Zambia.  The park is part of the larger Kavango-Zambezi Trans-Frontier Conservation Area which is the largest in Africa.

Mudumu and its conservation neighbors are imperative for the protection of the migrating wildlife species.  In particular, the African bush elephant is subjected to threats of poaching so the park helps give them a better fighting chance.