Khaudum National Park is located in the far northeastern region of Namibia along the Caprivi Strip.  The park sits atop Botswana and below Angola and is on the western side just outside the strip.  The park covers an extensive area of 1,483.4 square miles (3,842 sq km).

Khaudum is situated in the Kalahari Desert which is dry between the months of April to November.  Hnoma, Cwiba, and Khaudum are three rivers that traverse through the park during the rainy season contributing significantly to the survival of the ecosystem.

The park is comprised of short dry forest and dry acacia trees which are thicker along the riverine areas.  The forest around the three dry rivers is characteristic of Kalahari forests.  These areas are also thicker with thorn bushes.  The riverbeds are often characterized by peaty-bog thick with reeds and in some cases water lilies.

This is the epitome of the African wilderness.  The area is remote and unspoiled.  Some have affectionately described it as Namibia’s Forgotten Wilderness.  You have a better chance of seeing more elephants than people.

The wildlife is often seasonal with a greater prevalence associated with the rainy season.  Some of the hopeful sightings include elephant, giraffe, roan antelope, kudu, eland, reedbuck, and several others.  The predator species include lion, leopard, cheetah, hyena, jackal, and Cape wild dogs. 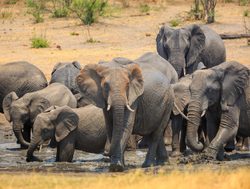 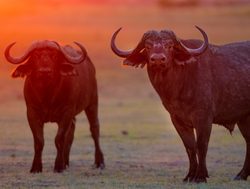 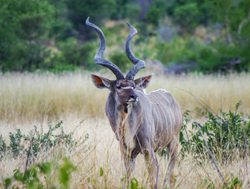 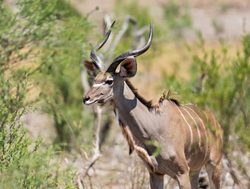 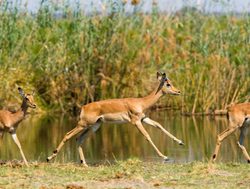 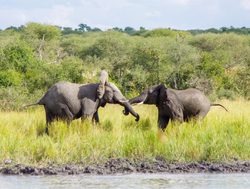 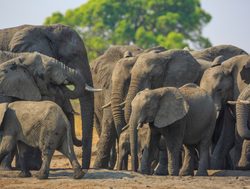 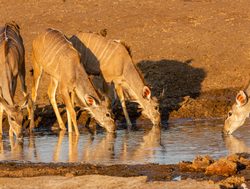 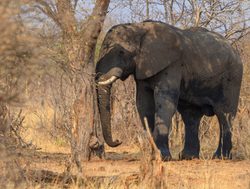 Khaudum is a special place serving as a corridor for wildlife species including elephant, giraffe, and other larger mammals who migrate through the area in search of water and food.  The animals travel through this area as they navigate between Zambia, Namibia, and Botswana.

Visiting during the right season provides visitors with an excellent chance to see an array of wildlife.  A safari that provides opportunities to see these species in the wild is a highlight for most.

The trails of Khaudum National Park are actually rugged 4x4 trails that traverse through the park giving way for chances to see wildlife.  The park has six campsites and hiking around the campsites is the primary on foot activity.

Walking Safaris: It is possible to secure a guided walking safari to provide yourself with a different type of safari adventure.  This is a good chance to see the wilderness from a different perspective and hopefully a more intimate encounter with the terrain and life that calls it home.

Khaudum National Park was created as an important protected area for the migration of wildlife traveling between Zambia, Botswana, and Namibia.  The park works with neighboring parks to create an extensive and significant protective corridor for these migrating animals.

The national park has also been established as a Lion Conservation Unit.  Protecting Africa’s declining population of lions is a commitment for the entire continent, and that is part of Khaudum’s commitment as well.

Because of the vulnerability of elephants to poaching, establishing protected areas along their migration routes is essential.  Namibia is doing that with Khaudum as well as the other national parks in this region of the country.