Basaseachic Falls National Park is located in northwestern Mexico in the western part of the state of Chihuahua. The park covers an area of 14,340 acres (5,803 ha) and is seated in the center of the Sierra Madre Occidental mountain range.

The Basaseachic Falls, locally known as Cascada de Basaseachic) reaches a height of 853 feet (246 m) making them the second-highest waterfall in Mexico. The falls are the pinnacle attraction of the park and serve as the foundation for the national park name.

In addition to Basaseachic Falls, the park is renowned for the scenery particularly from the cliffs overlooking the park from summits around 5,380 feet (1,640 m). Views from around park provide visitors with tremendous rock formations and sheer-sided cliffs, panoramic sites that are unbelievable, and thick pine-oak forests. The pine-oak forests are comprised of 92 species of conifers and 76 species of oaks.

The cougar is the main predator of the park with other popular mammalian species including white-tailed deer, collared peccary, skunk, boar, raccoon, Mexican fox squirrel, and the jackrabbit. Rock and black-tail rattlesnake along with Texas horned lizards round off the reptiles of the park. 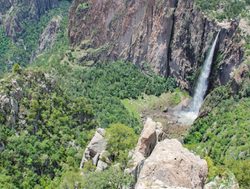 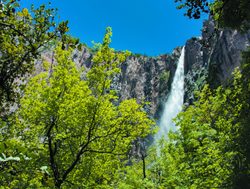 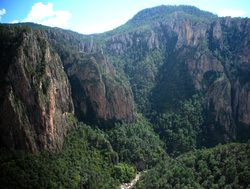 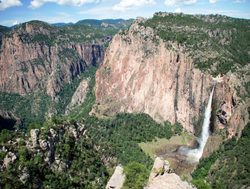 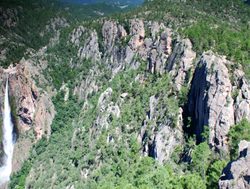 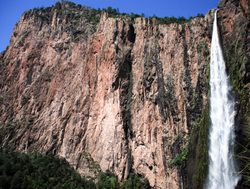 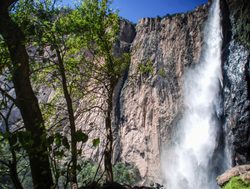 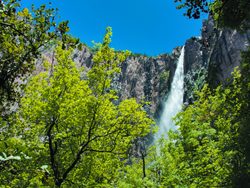 Without question, the 853-foot (246 m) Basaseachic Falls is the pinnacle attraction of the national park. Along with the falls, a highlight for travelers is the abundance of rock formations and the sheer-cliff sided canyon.

As noted above, the second tallest waterfall in Mexico reaches a height of 853 feet (246 m).  The various views of this astounding plunge make the visit to the park worthwhile.

Getting out in nature is an added perk with chances to see the near-vertical walls of Candameña Canyon are impressive. Although elusive, a sighting of a mountain lion is thrilling.

Basaseachic Falls is the leading attraction within the park and almost all hiking is directed at seeing and experiencing this waterfall. Although some of the panoramic views of the canyon walls are also impressive.

The top of the falls is reached in about 10 to 15 minutes depending on your pace.  It is a fairly short and easy hike.  The challenging part of the hike comes from that point forward.

Although you can see where the falls go over the edge, you don't really get to see the reality of falls from this perspective.  Proceeding down the trail has different options.

This first fork provides an opportunity to ascend to a different part of the canyon rim which will give you multiple vista lookouts which include views of San Lorenzo.  This is a scenic trip and worth the detour from Basaseachic Falls. This has significant elevation gains and adds at least 2 hours to your outing.

When you return to the fork, you can begin your journey back down toward the base of the falls. The trail is challenging with parts that are quite steep. However, the view of the falls from the canyon floor is astounding.

It reminds you of Angel Falls in Venezuela both in size and in the scenic landscape that the falls represent.  Angel Falls is taller, but this is still stunning and worth the effort.

Basaseachic Falls National Park was created to protect the wilderness surrounding Mexico's second tallest waterfall.  The terrain is also home to a variety of species that need the protection including the elusive mountain lion.