Shiretoko National Park is located in one of the most northeastern parts of Japan making it one of the most remote nature experiences in the country.  It sits atop the island of Hokkaido, Japan.  The national park encompasses an area of 149.16 square miles (386.33 sq km).

The name is derived from combined words that affectionately mean, “the place where the earth protrudes.”  The park is so remote and isolated that much of it can only be accessed by foot or by boat from the sea.

Kamuiwakka Falls, translated “water of the gods,” is a hot springs waterfall.  Temperate and subalpine mixed forests blanket the park area.  Some of the leading species of trees include Erman’s birch, Mongolian oak, Sakhalin fir, and the Siberian dwarf pine.

UNESCO envisions the national park as part of a joint effort along with Kuril Islands of Russia.  The intent would be to have a transboundary “World Heritage Peace Park.”  UNESCO has bestowed heritage status to Shiretoko with encouragement to partner with Russia and the joint effort.

Although not renowned for wildlife, Shiretoko is home to Japan’s largest population of brown bears.

Mount Rausu is the leading attraction of the park.  It reaches a peak of 5,448 feet (1,660.4 m).  It is located on the Peninsula between the towns of Shari and Rausu.  It is a stratovolcano that has erupted three times over the past 2,000 years.

Mount Rausu is one of the “100 Famous Mountains of Japan.”  Each year on July 3rd, there is a festival named after the mountain.  This day opens the climbing season which draws climbing enthusiasts from around the world. 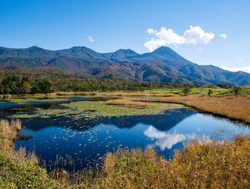 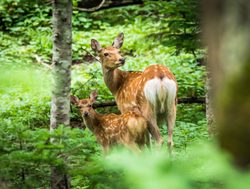 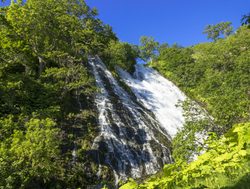 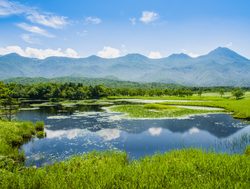 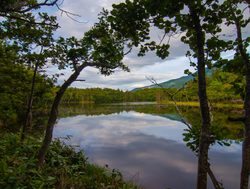 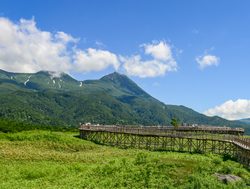 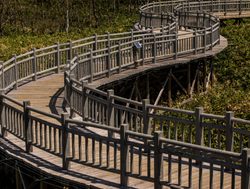 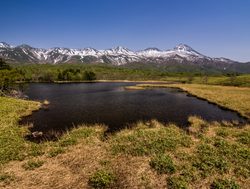 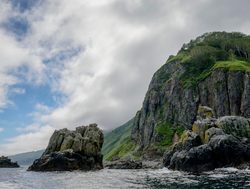 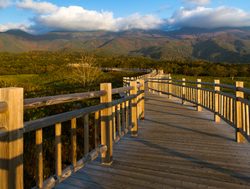 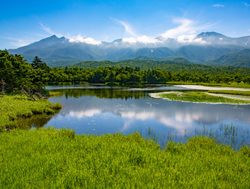 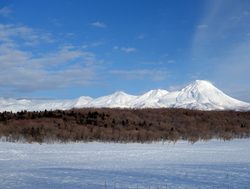 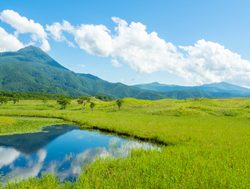 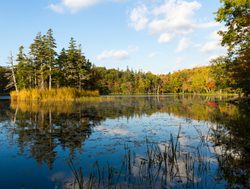 Mount Rausu is the pinnacle attraction and main highlight of Shiretoko National Park.  Climbing the mountain is the leading activity of the park.

Shiretoko is a great escape into nature with plenty of activities.  Hiking and biking are both common ways to experience the trails and features of the park.  The majority of the peninsula is more adventurous hiking and climbing.

The park represents one of Japan’s most rugged wilderness areas.  This means the hiking trails are not developed in some areas requiring experienced hikers.  The peninsula hiking, in particular, is rugged requiring climbing and remote camping.

This trail up the tallest mountain in Shiretoko takes about four and a half hours. Once you reach the summit, you will have amazing views out over the peninsula.  The trail is challenging requiring that hikers be in good physical health as well as experienced trekkers.

A trail up an active volcano with a landscape that includes a hot springs waterfall.  The trip takes about eight hours to complete.

The loop trail around the first lake is rather easy and only takes about an hour to complete.  Hikers can explore the other four lakes; however, a reservation and guide are required.  The collective hike for the additional lakes takes about an hour and a half.