Masada National Park is located just south of the midway central part of Israel along the eastern border.  The national park encompasses an area of just over 1 square mile (2.59 sq km).

The national park sits atop a plateau along the eastern border of the Judaean Desert.  It overlooks the Dead Sea and is one of Israel’s most popular attractions.  Masada represents a tremendous blend of culture, history, and nature.

Masada was a historical fortification where Herod the Great constructed two palaces for himself.  It was the siege of this fortification during the initial Jewish-Roman War that came close to ending that war.

This was the first place that Herod the Great established as a fortified area after he began ruling over his kingdom.

In addition to the steep cliff sides, Herod added a 13-foot (4 m) wall along the plateau.  The wall stretched 4,300 feet (1,300 m) around the fortification.  He even built his own stepped swimming pool. 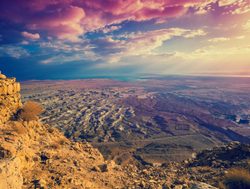 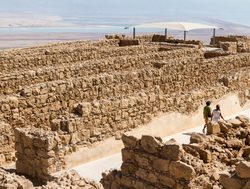 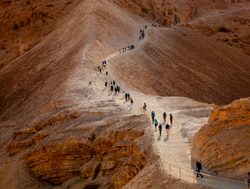 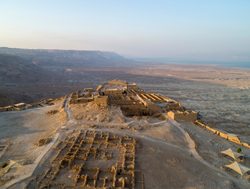 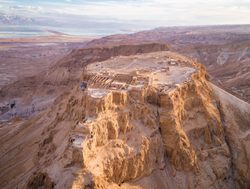 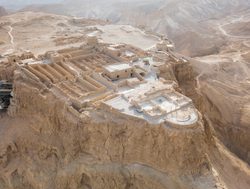 The Masada fortification is the highlight and namesake of the park.  The experience leaves you standing in awe with the imagination of what it might have been like back in the days of its glory.

A cable car, known as the Masada Cableway, takes visitors to the top of the mesa.  Many visitors opt for this to avoid hiking in the heat which can reach around 109oF (43oC).

There are two trails that give access to the fortification and both are steep and demanding.  Entrance fees are required as well.  Either trail is usually started during the early hours of the morning to avoid the higher heats of midday.  Hikers are encouraged to take lots of water with them.

This trail starts at the Masada Museum reached from the Dead Sea Highway.  The trail heads east out of the museum and ascends 980 feet (300 m).

This trail starts on the west side of the mountain.  Although there is less elevation change, it is still steep and demanding.