Ein Hemed National Park is located nestled in the hills just west of the city of Jerusalem.  The park encompasses ## square miles (## sq km)covering an area of .

Locally, Ein Hemed is also known as En Hemed National Park and historically it was called Aqua Bella.  The park is situated in route of an old Roman road into Jeruselem.  It was a fortress established along the side of the road that helped managed the visitors entering into the city while also protecting pilgrims headed into the Holy City.

Archeological features include two arched halls, the crusader castle, an agricultural farm, multiple gates, walls, and a cemetery.  From a natrual perspective, there is a spring with four layers that flows from the riverbed.  Dams were constructed in various places which established pools of water.

The park is not known for wildlife, however, the riverbed, streams and pools of water attract wildlife.  The most commonly seen would be birds such as songbirds, jays, and more.  Foxes, jackals, and even porcupines have been seen along with various rodents. 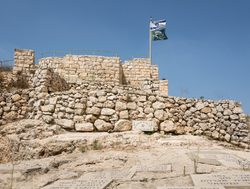 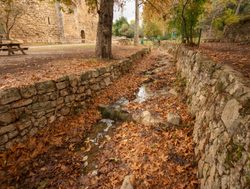 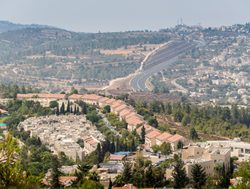 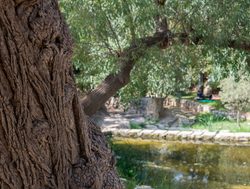 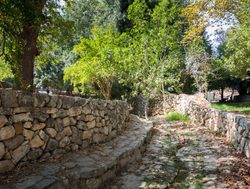 The highlight of the national park is walking in the footsteps of history.  This is a history that reflects both the culture of Israel and the Romans.  The crusader fortress and agricultural farm are some of the highlights for many visitors.

Exploring the ruins and archeological history is the primary activity.  There are grassy grounds and picnic tables that invite families to spreadout and relax while engaging this part of history.

The national park is more of a historical site without trails and nature exploration.  However, to experience the site in full you are trekking about the ruins and archealogical features.  Although not official trails, you can hike along the riverbed and streams.

Ein Hemed National Park was created to protect the historical fortress that protected pilgrims traveling into the Holy City.  The site is an important historical representation of the Israeli culture and should be preserved for generations to come.