Kaziranga National Park is located in the far eastern finger of India situated in the state of Assam.  It sits southeast of Bhutan and northeast of Bangladesh.  The national park encompasses an area of 170 square miles (430 sq km).

The park extends 25 miles (40 km) across east to west with the tallest point reaching across north and south a distance of 8 miles (13 km).  The elevation fluctuates from 131 feet (40 m) to 262 feet (80 m).  It is one of the largest protected areas in all of the sub-Himalayan belt and is highly recognized for its biodiversity.

The landscape of the national park is comprised of four rivers that flow throughout the park’s tall elephant grass, marshland, and tropical broadleaf forests.  The Brahmaputra River is the most significant body of water which also serves as the northern border of the park.

Alluvial inundated grasslands, alluvial savanna woodlands, tropical most mixed deciduous forests, and tropical semi-evergreen forests are the four primary types of vegetation.  The tall grasses account for over 40% of the vegetation with open jungle accounting for 29%.  Short grasses, swamps, sand, and bodies of water account for the remaining part of the landscape.

Additionally, there are over 1,800 individual rhinos found within the park boundaries which is the world’s largest population.  The tiger and rhino combine with the elephant, water buffalo, and swamp deer to create what is known as the Kaziranga “Big 5.”  Fifteen of the 35 mammalian species within the park are identified as threatened species on the IUCN Red List.

Bird watchers are also in their haven with an abundance of species from migratory birds, predator birds, waterfowl, scavenger birds, and game birds.  The varied ecosystems provide plenty of opportunities for experiencing numerous types of bird species.  It is recognized as an “Important Bird Area” by the organization Birdlife International.

Kaziranga is home to the reticulated python and the rock python which are two of the world’s largest snakes.  It is also home to the king cobra which is the world’s longest venomous snake.  Turtles, monitor lizards, and other vipers and cobras are also found within the park. 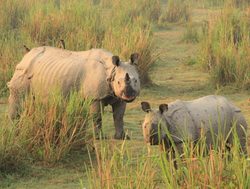 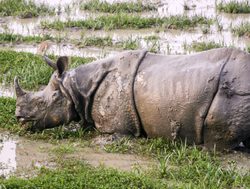 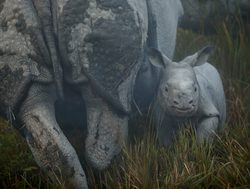 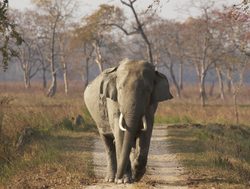 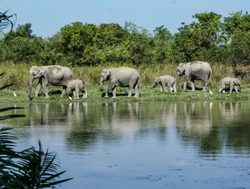 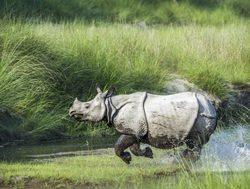 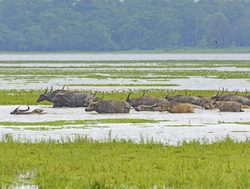 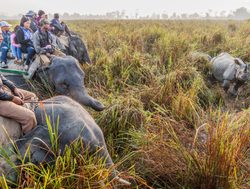 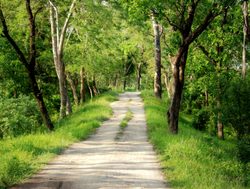 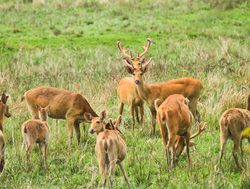 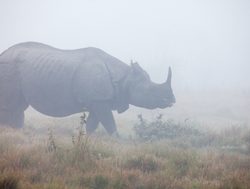 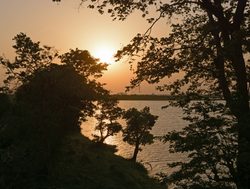 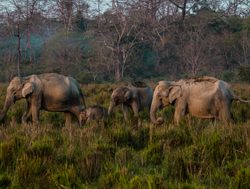 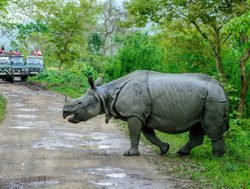 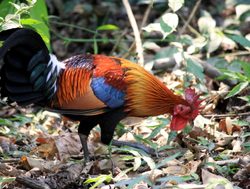 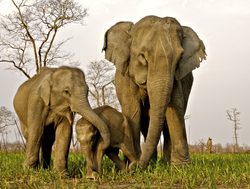 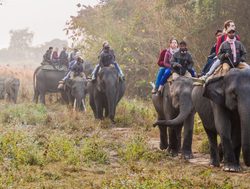 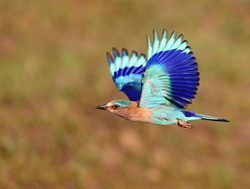 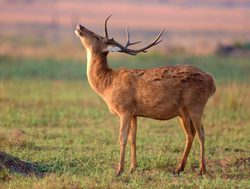 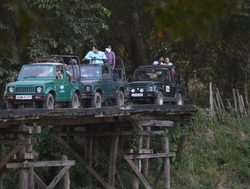 UNESCO says that Kaziranga is recognized as one of the finest wildlife refuges in the world with praises provided by the conservation organization directed at the park’s single-handed efforts to grow the one-horned rhino population from near extinction to the world’s largest.

Tigers are the highlight of Kaziranga national park with visitors traveling from around the world to have one of the best chances of seeing these magnificent cats.  However, many other people find the great one-horned rhinoceroses to be their pinnacle wildlife sighting.

However, the greatest highlight might come from a sighting of the tiger, rhino, elephant, water buffalo, and the swamp deer which are affectionately known as the “Big 5” of Kaziranga.

The good news is that if you love nature and wildlife, a safari through Kaziranga will leave you with a lasting memory of the highlight for certain.

Kaziranga features a wonderful collection of animal species that roam throughout the striking landscape.  Seeing tiger, elephant, and rhino sit atop most wildlife viewing wishlists.  Here are ways you can experience the wildlife.

Board your 4x4 safari vehicle and embark on a wildlife and wilderness journey that will leave you amazed.

Get on the back of an elephant and take off for an adventure.  Many people find the elepant ride intriguing by itself, which is only enhanced when other wildlife is spotted while riding on the back of your elephant.

There are no trails in Kaziranga National Park.  The tigers and other predators make hiking a forbidden activity within the national park boundaries.