Vatnajokull National Park is located in the eastern thru southeastern part of Iceland. It covers an area of 5,459.9 square miles (14,141 sq km) accounting for about 14% of the country and serving as Europe’s second-largest national park.

It is home to Vatnajokull, which outside of the Arctic, is the largest glacier in Europe covering an area of 3,127 square miles (8,100 sq km).  Hvannadalshnukur is the highest mountain summit in Iceland with a height of 6,921 feet (2,109.6 m).

Vatnajokull National park is a special place with landscapes that are hard to find rivals and provide visitors with unique experiences from geothermal features that interact with rivers, glaciers, mountains, and volcanic activity. Some of these features like the massive canyons and glacial rivers leave people more impressed than the ice cap itself.

The majority of wildlife is arctic marine, however, collectively it is quite sparse.  Seals are one of the most prevalent and you have a decent chance of seeing them.  Seagulls and other birds are also soaring around.  But again, Vatnajokull National Park is not known for wildlife, but rather tons of blue ice. 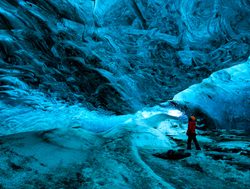 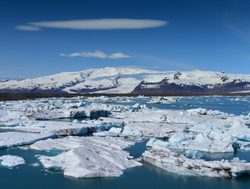 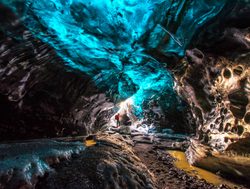 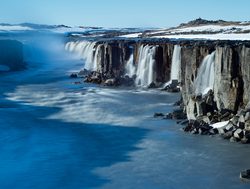 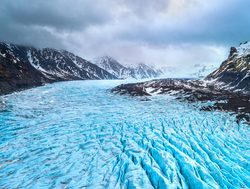 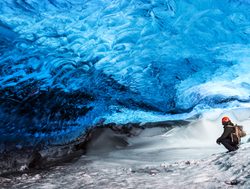 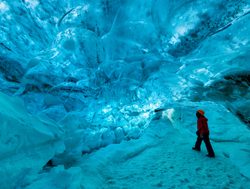 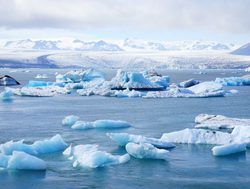 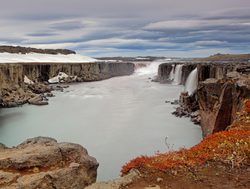 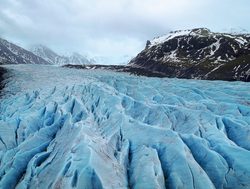 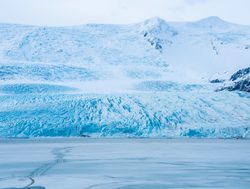 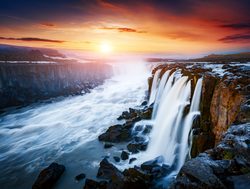 Vatnajökull National Park is a national park that provides visitors with an awe-inspiring experience where rivers, mountains, glaciers, ice caves, volcanic, and geothermal features collide together into one of the most amazing experiences with nature.

Each of the different regions of the park offers a variety of experiences and worthy of exploration.

Vatnajökull Glacier is renowned around the world.  It the Europe's second most voluminous ice cap and the largest in Iceland.  It is probably the most popular natural attraction for the country with visitors traveling around the world to explore this fascinating feat of nature.

The ice cap of Vatnajökull Glacier serves as the source for 30 different outlet glaciers.

Dettifoss, also called Deti Falls, is located on the river Jokulsa a Fjöllum which is the second-longest river in Iceland. The waterfall features a vertical drop of 144 feet (44 m).  It is the largest waterfall in Iceland based on the volume of water flow.

Dettifoss is easily accessible by an automobile which adds to its Icelandic attraction value.  It is easy to get to which as made it one of the most popular attractions in the country.

Hiking around Vatnajokull National Park is like exploring the arctic regions of northern Canada or northern Russia.  It is cold, ice-covered, and snowmelt terrain.  However, the views and experience are astounding and worth every bit of effort to reach this remote part of the world.

This is a 9.8-mile (15.8 km) trail that takes about 4.5 hours as you meander across Morsa Valley and up to the birch forest of Baejarstaoaskogur.

This is a long 13-mile (20.9 km) trail through Morsa Valley to the end where the glacier is located. Morsarjökull has a stunning towering presence and features a small lagoon at the base.

This is one of the most iconic Iceland trails with views of the remarkable black basaltic step-layered rocks affectionately known as Black Falls.  Although the finishing part of the trail is steep, the trail is groomed and well-maintained. This is one of the most unique waterfall landscapes and all efforts should be made to capture the view from the base of the falls.

This is an easy rated 2.3-mile (3.7 km) round trip journey with about half of the trail paved. The remained of the trail is covered in smooth gravel which remains easy to navigate.  The trail ends as you approach the Skaftafellsjokull Glacier.