Olympus National Park is located in Greece.  The national park encompasses an area of 92 square miles (238 sq km) and serves as one of the country's leading attractions.

There are 52 different peaks spread out across the mountain.  Mytikas is the one that hits the highest point at 9,570 feet (2,917 m).  It is also one of the higher peaks throughout Europe.  There are also deep gorges found within the mountain prominence.

The national park honors and protects history, culture, and nature.  Mount Olympus, which is the tallest mountain in Greece, is the home of the Twelve Gods of antiquity and of course the most famous god, Zeus. 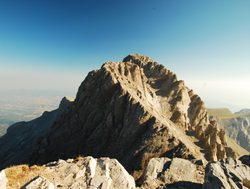 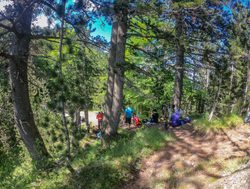 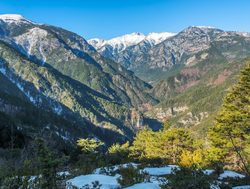 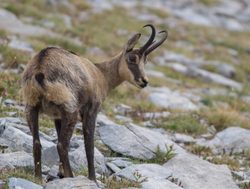 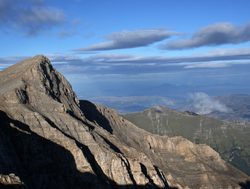 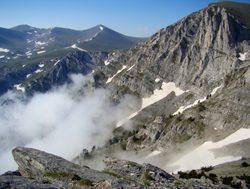 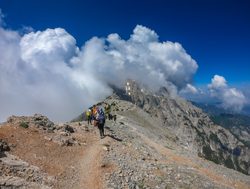 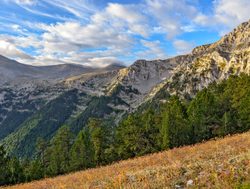 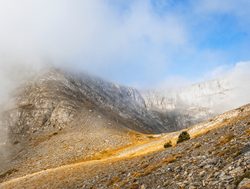 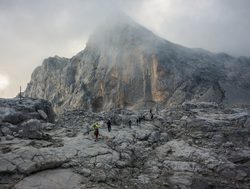 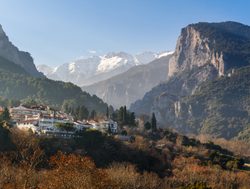 Mount Olympus and the surrounding area is the country’s most significant and valued national park.  It represents the divine history, culture, and nature. Climbing and hiking Mount Olympus is a trek back in time and a hike amongst the gods of the Greek.  While you take in the majestic nature of the stunning alpine terrain, you can also imagine back to what it was like for the Greeks who believed this mountain was home to their gods. 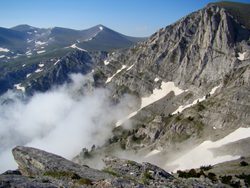 Mount Olympus is the highest summit in Greece.  There are 52 peaks across the massif with the tallest summit occurring at Mytikas. The highest elevation is 9,570 feet (2,917 m) above sea level. The prominence makes it one of the higher peaks of Europe.

Mount Olympus is the main attraction of the national park.  The region has also been declared a World Biosphere Reserve.  Wind and rain eroded the mountain creating a sheer towering characteristic.

The circumference of the mountain is 93 miles (150 km) and covering 190 square miles (500 sq km) of the area.  That is one massive mountain.  It's no wonder people believed it was the home of the 12 olympian gods.

There are several trails and treks ranging from easy to more difficult and even dangerous.  The majority of trails are looking to engage you with the mountain and mountainous areas.

This trail is a moderate hike with an elevation change of 1.968 feet (740 m).  It takes about 5 hours and covers a distance of 29,527 feet (9,000 m).  The trail follows the stunning Enipea gorge while crossing over it seven different times.

Another moderately difficult trail that covers a distance of 9,842 feet (3,000 m) while ascending an elevation change of 2,683 (818 m).  This bare alpine trek takes you to the Skala summit.

This is a difficult and dangerous trek.  It only covers a distance of 4,921 feet (1,500 m) and an elevation change of 879 feet (268 m).  But it is steep with potential rockslides.  You need to plan for at least an hour and caution is warranted.