Podocarpus National Park is located in the far southeastern region of Ecuador.  The park covers an area of 564.79 square miles (1,462,8 sq km), placing it near the middle compared to other Ecuadorian national parks.

There are three river basins, including Loyola, Nangaritza, and Numbala, nestled amongst two different jettisons of the Andes mountains. The overall region represents the intersection of four ecological habitats creating what is known as a megadiverse zone.

The elevation changes delivering a variety of vegetation habitats such as the montane rain forest in lower elevations and elfin forests in higher elevations.  The range of diversity in vegetation has earned the park the nickname, “Botanical Garden of America.”  There are over 4,000 species of vegetation blanketing the park’s terrain.

The park is named after the Podocarpus glomeratus, which is a type of conifer tree.  It is primarily found in the montane rainforest of Ecuador and the neighboring countries of Bolivia and Peru.

The megadiverse ecosystem gives way to a diversity of wildlife as well.  Some of the hopeful sightings include the elusive jaguar and the intriguing spectacled bear.  The mountain tapir is another unique species that people enjoy seeing. 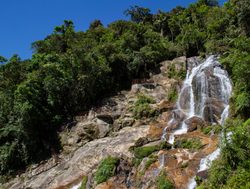 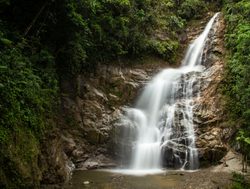 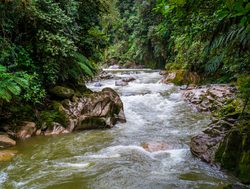 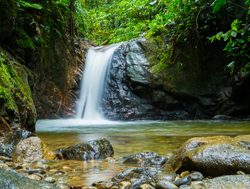 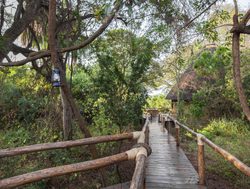 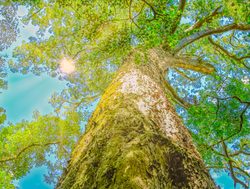 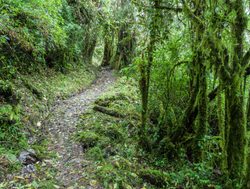 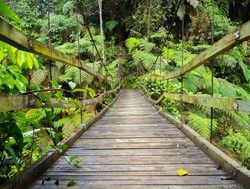 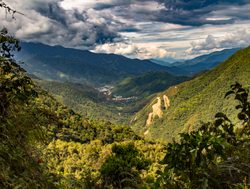 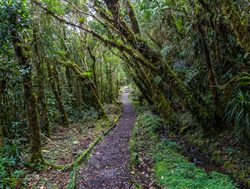 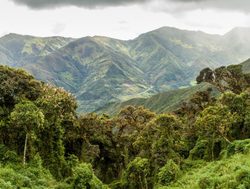 The park is one of the most diverse ecosystems in the world, featuring over 4,000 species of plants, trees, and flowers.  Approximately 40% of them are endemic to the area and cannot be experienced anywhere else in the world.

Birdwatching is one of the parks' highlights with a species checklist that includes almost 600 different species of birds.  The opportunities for seeing different birds are almost endless.

Some of the most colorful birds include the cock-of-the-rock, the Neblina metal tail, and various toucans.

Hiking is a popular activity of the park, and there are short hikes up to multi-day backpack treks into the forest, which are available for the more adventurous.

This is a short trail that only takes about 15 minutes to complete.  It is a quick sample and experience of the forest terrain.

This is a short trail covering a distance of only 2,296 feet (700 m) that delivers a glimpse of the cloud rainforest as well as a scenic lookout point.

This is another trail rated easy, which takes about an hour and a half to traverse through the cloud forest.

This 3.1-mile (5 km) hike meanders through the cloud forest and along three different valleys.  It is a loop trail, and you can embark in either direction.  Some people recommend traveling counterclockwise.

This is a 2-day trek that traverses through the forest and out to Lagunas del Compadre.  There are chances for birdwatching and seeing wildlife while also sport fishing in the lake.

Podocarpus National Park was created to protect the megadiverse ecosystem that intersects in this area of the country.  The park is reported to have one of the most extensive vegetation and wildlife diversity in the world.

The park also protects the habitat of four species on the country’s Red List as endangered.  The jaguar, mountain tapir, northern pudu, and spectacled bear are all vulnerable or endangered to extinction from the country.