Galapagos National Park is located about 500 miles (926 km) west of Ecuador, the islands are part of the country. The national park is home to the Galapagos Islands with the park boundaries encompassing an area of 3,040 square miles (7,880 sq km).

There is a total of 21 islands with 18 of them considered significant. The total Galapagos Islands measures square miles (7,995.4 sq km) and spread across 17,000 square miles (45,000 sq km) of ocean waters. Galapagos National Park is a UNESCO World Heritage Site and the country’s first national park.

Along with Isabela, Baltra, Floreana, San Cristobal, and Santa Cruz are the populated islands and account for about 3% of the total Galapagos Island area.

Endemic mockingbirds, finches, and tanagers are special treats for visitors as well. 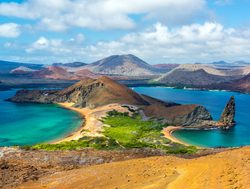 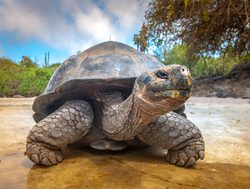 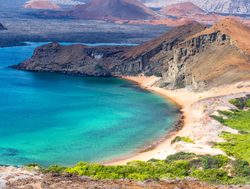 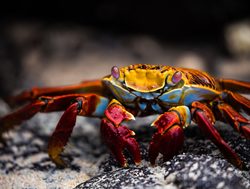 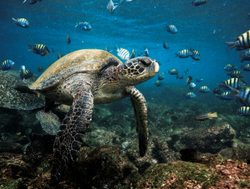 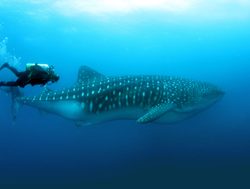 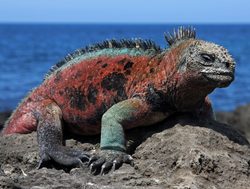 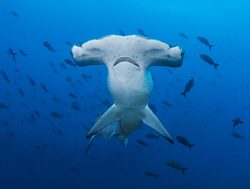 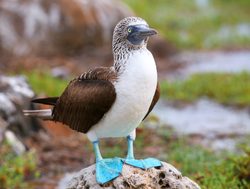 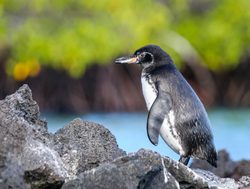 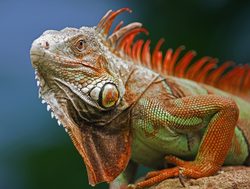 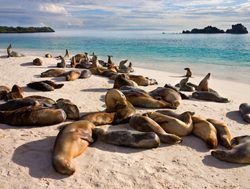 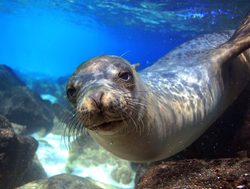 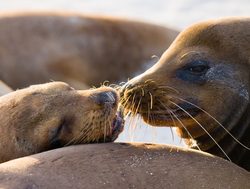 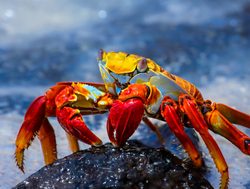 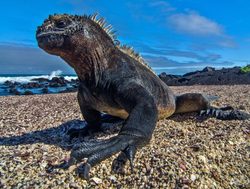 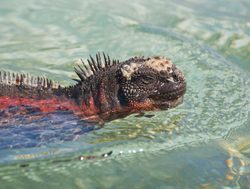 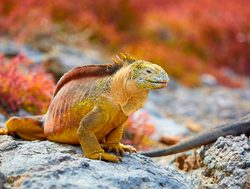 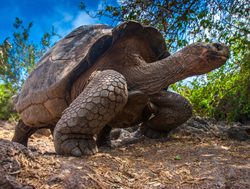 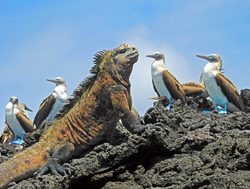 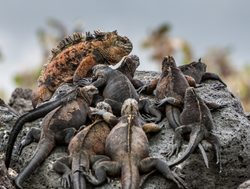 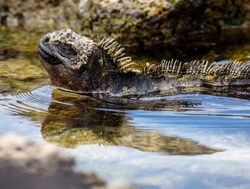 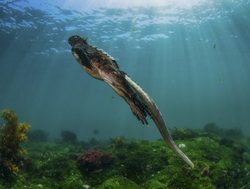 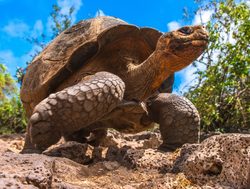 The highlight of the Galapagos National Park is the Giant Tortoise, the marine iguanas, the blue-footed booby, and the colorful crabs. Along with the endemic species and abundant marine life beneath the sea, the wildlife is the draw and highlight of the islands. 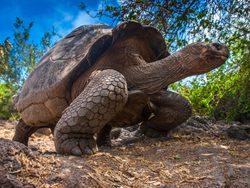 The Giant Tortoise is the largest living tortoise in the world and is only found on the Galapagos Islands.  They can reach lengths up to four feet (1.22 m) and weigh as much as 400 pounds (181 kg). A second species is known as the Aldabra giant tortoise and is located in the tropical islands of the Aldabra Atoll in Seychelles.

The giant tortoise typically lives over 100 years with some reaching 170 to 250 years old.  There are 10 species of giant tortoises found within Ecuador's national park.  There are two key characteristics present on the tortoises depending on their habitat.  Those that are on islands with more rain have a saddle-backed presentation.  The domed tortoises are bigger with shorter necks and legs.

Without question, these magnificent creatures are one of the highlight encounters with nature available on the Galapagos Islands. 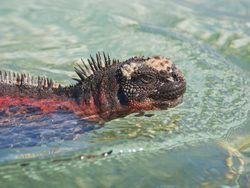 The marine iguana is also called the sea iguana, the saltwater iguana, and the Galapagos Marine Iguana. It is a unique species, endemic to the Galapagos Islands, and they are only found here. There are eight different subspecies that have been identified amongst the hundreds of them in the islands.

They typically live in colonies ranging from as little as 20 up to larger colonies of around 500. In rare cases, a colony may increase to around 1,000 members.  Witnessing these striking creatures swimming in the ocean waters is a highlight and unique experience not seen anywhere else in the world.

There are several different trails and hikes available across the different islands.  Here is a look at some of the most popular.

This trail has a wooden staircase that takes visitors up to the summit with looks out over Pinnacle Rock as well as vistas over the twin half-moon beaches.

This trail is located on the island of San Cristobal.  This trail takes you out to where the frigate birds nest as well as vistas that overlook the bay below.

This adventurous trail is located on the island of Isabela.  The hike takes you along an active volcano which is the second-largest crater in the world.  You will also see lava cones, the Volcano Chico, and the stinky Sulfur Mines.

This is one of the most popular trails because of the variety of nature encountered.  You will see opuntia cacti which reach heights around 30 feet (10 m), Galapagos hawks, and the yellowish Santa Fe iguana.  This trail does cross a steep ravine.

Galapagos Islands National Park was created to protect the unique endemic wildlife species that live amongst the islands and ocean waters around the islands.  The protected area also invests in the historical scientific observations by Charles Darwin that gave us insights into understanding the animal kingdom.

The national park protects the globally renowned endemic species that seem to appear nowhere else in the world.  It is imperative that the global community do everything possible to help support and protect these island habitats and their incredible display of nature.