Corcovado National Park is located in southwestern Costa Rica as part of the Osa Peninsula. The park covers an area of 164 square miles (424 sq km). As the largest park in the country, the park boundaries cover about 33 percent of the entire Osa Peninsula.

Corcovado protects the greatest collection of primary forest on the American Pacific coastline as well as one of the few remaining lowland tropical forests of the significant areas throughout the world.

There are several rivers within the boundaries of the park. The level of the tide can affect the rivers and create more challenging efforts to cross. American crocodiles and spectacled caiman can be seen along the river banks while bull sharks might be present in the mouths of the rivers where they dump into the Laguna.

The wildlife on land includes white-faced capuchin, spider monkey, mantled howler, and the squirrel monkey accounting for all of Costa Rica’s monkey species. Predators include the jaguar, cougar, jaguarundi, margay, and ocelot. Sightings are challenging because of the elusive nature of each of these cats.

Some of the more intriguing species of wildlife include the two and three-toed sloths, coati, hermit crab, giant anteaters, and the endangered Baird’s tapir. The skies are colored with scarlet macaws, hummingbirds, and 220 species of butterflies. 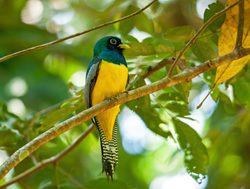 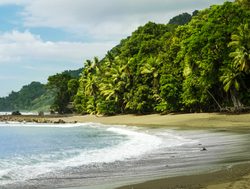 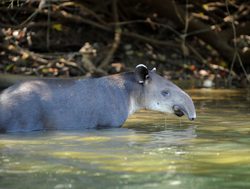 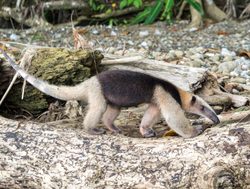 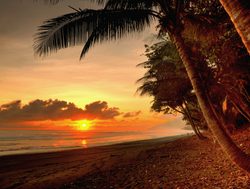 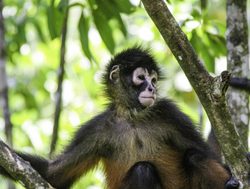 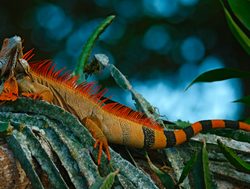 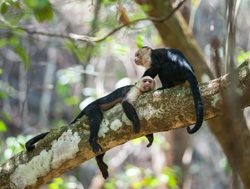 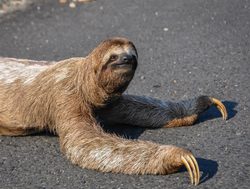 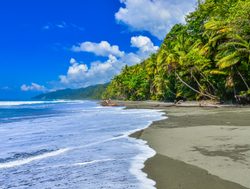 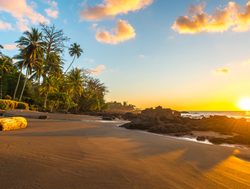 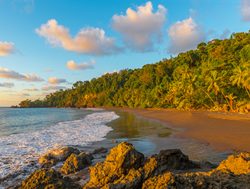 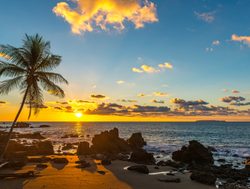 The rich biodiversity and tranquility of the lowland tropical forests combined with the serenity of the beaches make hanging out at Corcovado a highlight itself. National Geographic once referred to Corcovado as “the most biologically intense place on Earth in terms of biodiversity.”

A key highlight of the park is having so much biodiversity at your fingertips which doesn't require much effort to explore and experience.

There are a good handful of trails that provide visitors and locals a chance to escape into the enchanting wilderness while breathing fresh air and taking in captivating views of nature. The trails are rated between easy and moderate where most can enjoy.

This is an easy rated but long out and back trail, so be prepared for a day adventure. The trail ascends 711 feet (216.7 m) over 6.3 miles (10.14 km).  The trail follows along the coastline providing views out over the sea as well as views of the river that runs along part of the journey.  There is a chance for birdwatching and seeing wildlife along with wildflowers to paint the scenery.

This is a short 0.8-mile (1.29 km) trail out to a view of a waterfall. The landscape is scenic and it is a nice escape into the tropical forest as well.

This is a moderate rated trail that travels 1.9 miles (3.06 km) with an elevation gain of 295 feet (89.9 m).  It meanders through the tropical forest while also giving access to the beach. The majority of the trail is trekking along the coastline with chances of seeing wildlife.

This is a trail that extends 5 miles (8 km) while meandering throughout the park providing encounters with flora and fauna and serenity. Although easily accessible, it is a long trail taking anywhere from 6 to 8 hours to complete.

Corcovado National Park was created to protect one of the most biologically diverse regions of the country.  It is regarded as one of the greatest biodiversity locations in the world.  The park protects the rich variety of flora and fauna as well as some of the most striking coastlines in the country.  This is just another one of the national parks that reflects Costa Rica's commitment to environmental protections.