Giant Panda National Park is located in Central China stretching across Sichuan, Ningxia, and Shaanxi provinces.  The national park is in development and will encompass 67 existing panda reserves. 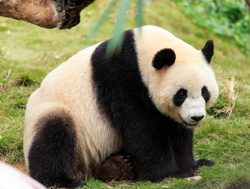 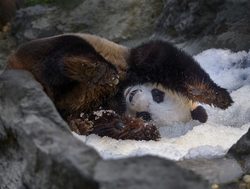 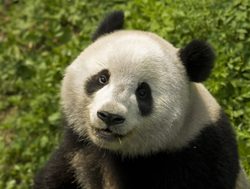 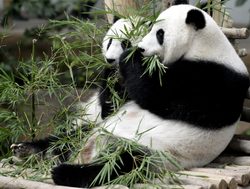 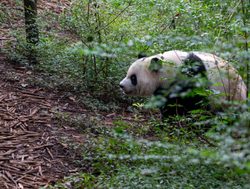 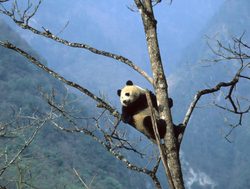 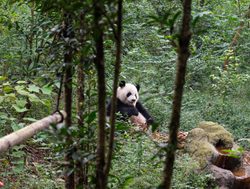 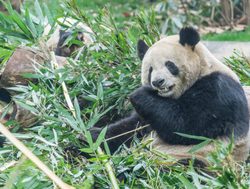 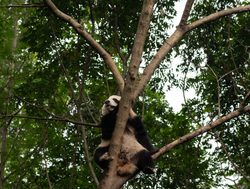 Giant pandas are often one of the highlights of zoos that are fortunate enough to display these beautiful creatures.  They are probably the most popular wildlife species within and of China’s animal diversity.

Accordingly, the giant panda is the highlight of the park as well.  The mountainous and forested landscapes are only enhancements to the giant panda and wilderness experience. 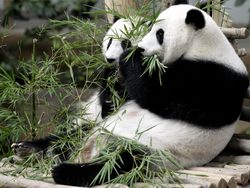 The Giant Panda is probably considered one of the cutest of all bear species.  It is not hard to find videos of giant pandas on Youtube and other video sources of giant pandas playing in the snow, rolling around, and just apparently being goofy.  People often characterize them as the playful bears.

The giant panda is renowned for its black and white coloring. The predominantly white head is highlighted by black patches around the eyes as well as black pointy ears.  The arms and legs are usually all black with the main part of the body displaying white fur.  You might say they are large furry dominoes.

The giant panda is like the otter in that it seems like it is always playing even when it comes to eating.  The favorite food is bamboo and it will eat between 20 to 30 lbs (9 to 14 kg) a day.

The combination of these over 60 panda reserves is a dedicated commitment by the Chinese government to invest and protect these magnificent creatures.  The good news is there is evidence that it appears that the population is growing.  The IUCN has upgraded the species from endangered to threatened.  Although this improvement is positive, there is much the world needs to do to help secure the survival of the species.