The primary feature of the national park is the Chacabuco Valley which represents a significant biological valley that lies between the Patagonia steppe grasslands of Argentine Patagonia and the beech forests of Chilean Patagonia.

Patagonia National Park was established from 5 separate protected reserves and parks that combine to cover an area of 1,000 square miles (2,589.9 sq km). The region features a diverse ecosystem of grassland, riparian forest, and wetland.

The national park is located on the eastern side of the Andes which creates a unique phenomenon with the glacier-fed rivers flowing toward the Pacific Ocean. The Andean range hinders moisture from the Pacific Ocean creating an arid sandy soil region with cold winds.

The landscape drastically changes as the elevation begins to change delivering forests with greater levels of rainfall. There is an abundance of vascular plant genera as well as helping the wildlife flourish.

The wildlife of the park varies depending on the ecosystem. Armadillos, cougar, mara, tuco-tuco, and the gray fox are found within the grasslands. The guanaco is found throughout much of the park.

The guanaco feasts on all but about 25% of the plant life found within the park. It helps prevent other grass species from becoming too dominant as well. Its abundant prevalence makes it a prime target of the cougar.

Species of the Andes mountain forests include huemul deer, cougar, red fox, and some popular bird species like the Andean condor, Magellanic woodpecker, and the black-necked swan. 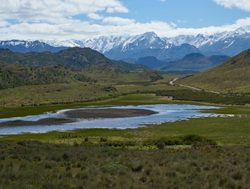 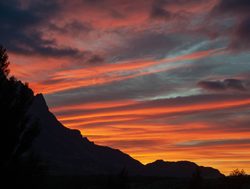 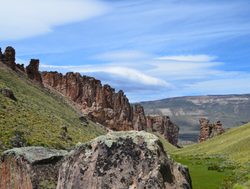 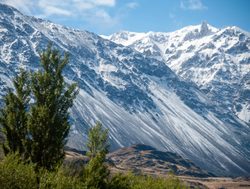 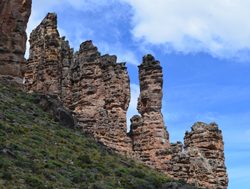 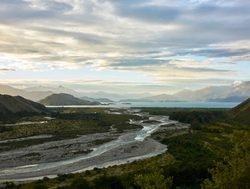 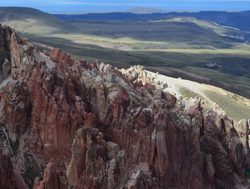 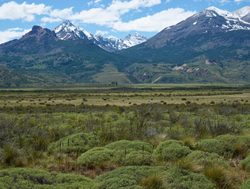 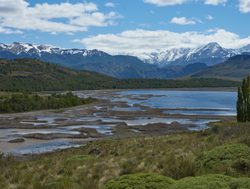 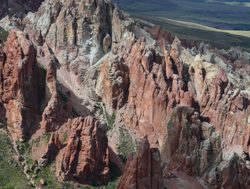 The whole region is known for its picturesque landscapes.  The diversity of nature is certainly a highlight for Patagonia.  The majority of people who explore the national park are there for adventurous hiking, camping, and backpacking.  The pristine wilderness is the highlight of the park.

The national park has an extensive series of trails for hikers and trekkers to enjoy the wilderness the park has to offer. However, the majority are rated moderate to difficult.  Here is a quick look at some leading trails.

This is a difficult rated trail that ascends 2,093 feet (637.9 m).  It is a loop trail covering 10.5 miles (16.89 km) that meanders along the Avillas River while crossing a suspension bridge before circling back. Steep inclines, rugged narrow trails, and cliffside ledges make this a challenging trail that offers some astounding views.

This is an adventurous trail that extends beyond the Aviles area and covers a distance of 29.3 miles (47.2 km).  It is a point-to-point trail meaning you will return the same route out.  It ascends 4,652 feet (1,417 m) but is often described as one of the most beautiful trails in the park.  It is definitely an adventurous way to see and experience much of the Patagonia National Park region.

This is a 7.4-mile (11.9 km) with an ascent of 2,047 feet (623.9 m) while traveling through forest and vegetation up to a view out over the lake.  Access the trailhead at Mirador Douglas Tompkins necessitates the use of 4WD vehicles.