Pacific Rim National Park is located in the lower southeast part of Vancouver Island, Canada.  The park covers an area of 197 square miles (511 sq km) and serves as one of the leading interests for visiting the island.

The rainforest and temperate forests are home to an array of wildlife species.  Although it can be more challenging to see the wildlife because of the thick vegetation, it is here.  Some of the most sought-after animal sightings include black bear, cougar, elk, and wolves.

There are six species of salmon with the most prevalent being coho and sockeye.  Some of the hopeful marine life sightings include humpback whale, grey whale, orca, basking shark, sea lions, seal, and porpoise. 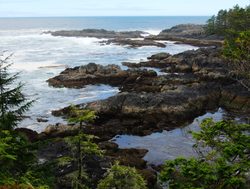 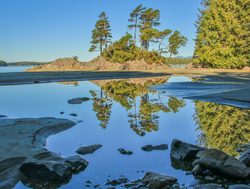 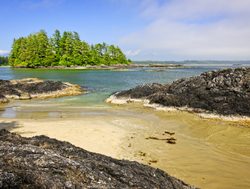 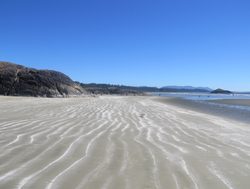 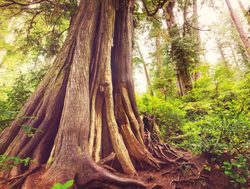 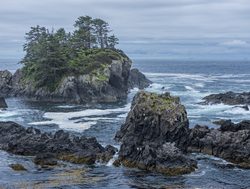 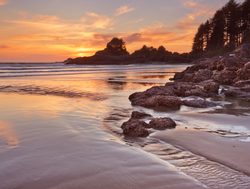 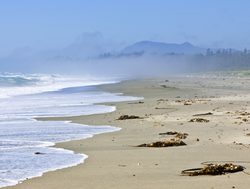 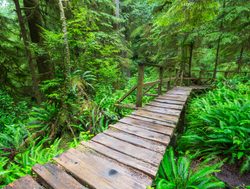 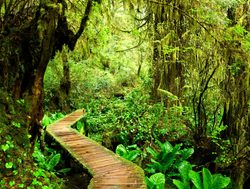 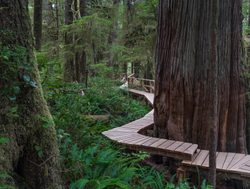 The varied regions and wilderness around them provide visitors with several highlights that come from the thick temperate rainforest and magnificent coastlines.  The West Coast Trail Unit covers an area of 75 square miles (193 sq km) and the trail navigates throughout this region.  It is a highlight for the adventurous hiker and insights are noted below under “Trails.”

Long Beach is comprised of multiple beaches, various trails, and a campground for engaging the area.  The series of beaches known as the Long Beach Unit stretch along the Vancouver Island coastline for 82 square miles (212 sq km).

There are forested trails that connect the different beaches and bays. Grice Bay on the north side of the Long Beach Unit provides a boat launch where kayakers frequently begin the exploration of the coastline.

The Bork Group Islands is located in the Barkley Sound and covers an area of 41 square miles (106 sq km). There are over 100 islands spread across this area.

Kayaking among the islands and viewing the varying rugged coastlines and beaches is the most common way the area is explored.   The islands are grounded with high-relief rock reefs and kelp sea beds.

There are several ways to hike and explore this west coast treasure.  There are numerous trails for hiking the region.

This is the bigger endeavor of the park.  It is a 47-mile (75 km) trail that provides access to stunning views over the coastline. The trail extends from Port Renfrew and Bamfield. It also gives views of the historical “Graveyard of the Pacific.”  In general, the trail is normally hiked in about 7 days while traversing beaches, rocky coastline, rainforest, and muddy terrain.  This is an adventure and considered a highlight of the park.

This is a portion of the West Coast Trail that picks up about halfway along the trail.  It still is a multi-day endeavor from 3 to 5 days.