Kejimkujik National Park is located in the southernmost region of the Nova Scotia peninsula.  The park covers an area of 156 square miles (404 sq km).

The park is comprised of two individual land areas. The first is located away from the coast and includes the Kejimkujik National Historic Site.  The second area is located on the east coast facing the Atlantic Ocean.

Most national parks are focused solely on the natural facets of the area.  However, like Mesa Verde in the United States, Kejimkujik incorporates a historical area as well.  The park is comprised of historical features that include habitation sites, burial grounds, hunting and fishing sites, as well as petroglyphs.

The second area is a wilderness that is located along the coast.  The natural facets of the area include beaches, bogs, and intertidal areas.  The area is rich in vegetation with dense forests and other plant life that make it a great haven for wildlife.

The wildlife in Kejimkujik tends to have fewer of the larger mammalian species demonstrating its diversity in other areas.  There are more reptilian and amphibian species in the national park than anywhere else in the Atlantic Canada side of the country.

The white-tailed deer is the largest of the mammalian species with other popular ones including beaver, porcupine, fox, snowshoe hare, and different squirrels. 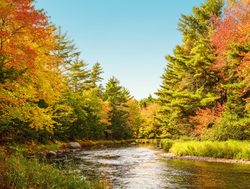 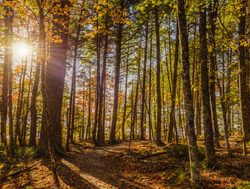 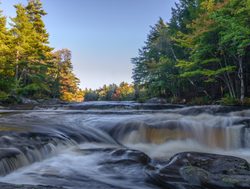 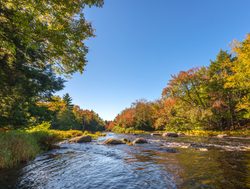 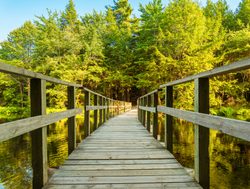 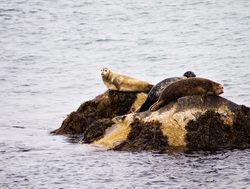 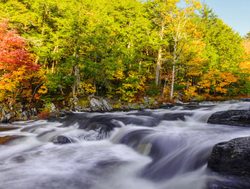 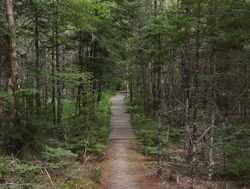 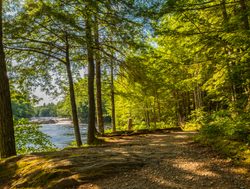 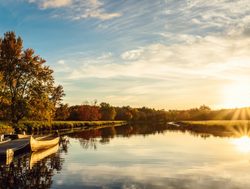 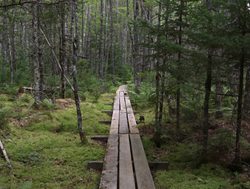 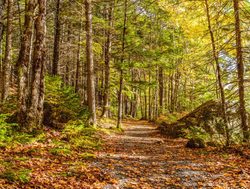 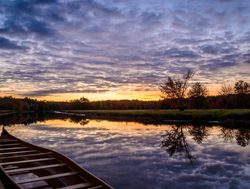 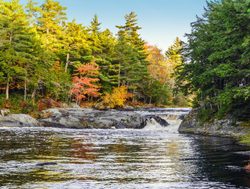 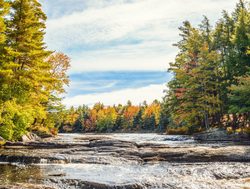 One of the highlights is the diversity of interests in the park including historical facets along with amazing wilderness and diverse wildlife.

Lake Kejimikujik is the largest lake in the national park and the second-largest freshwater lake in the province. It covers approximately 10.04 square miles (26 sq km) of the area with a maximum depth of 62.99 feet (19.2 m).

There are 27.96 miles (45 km) of shoreline around the lake which has many small islands scattered across it.  Lake Kejimikujik is where the name of the park comes from.

There are well over a dozen trails ranging from easy to difficult that may be leveraged to explore the area of Kejimkujik National Park.

This is one of the easy rated trails that travels 1.7 miles (2.73 km) out to a waterfall as well as other waterway views.

This is another easy rated loop trail covering a distance of 3.1 miles (4.99 km) while accessing the beach and providing views of the shoreline and rocky formations that decorate the coastline.

This 5.8-mile (9.33 km) loop trail is moderate rated that treks through the forest and along the coastline.  The elevation gain is not that much, but the trail is rocky and less developed.  The trek provides great panoramic views of the ocean and bay as well as picturesque rock formations along the coastline.

This is a 3.1-mile (4.99) trail that much of it is boardwalk.  The elevation gain is 367 feet (111.9 m) while traversing through the dense forest and along the lake shoreline.  There is a chance for birdwatching and spotting wildlife or wildflowers.

This is a difficult rated 13.5-mile (21.73 km) loop trail that features an elevation gain of 1,030 feet (313.94 m).  The loop trail spends much of the time with views out over the lake and waterways as well as time in the forest.  There is a chance to see wildlife and wildflowers if it is the right season.