Fundy National Park is located along the southeast coast of New Brunswick, Canada.  The park covers an area of 80 square miles (207 sq km) making it one of Canada’s midsize national parks.

Most people think of the tidal shifts that the Bay of Fundy is known for when they imagine Fundy National Park.  However, the tidal shifts are only a smidgeon of the facets of nature that make Fundy so special.

Yes, the Bay of Fundy does have the greatest tidal shift in the world.  However, it has astounding rugged rocky coastlines that are incredibly picturesque.  There are over 25 waterfalls splattered across the 80 square miles that add to the serenity of the park.

There are multiple rivers flowing through the dense forest and rocky terrain which help account for the abundance of waterfalls located in the park. The abundance of rivers and valleys has established a number of bogs throughout the park.

The temperate forest is comprised of balsam fir, red maple, red spruce, white spruce, white birch, and yellow birch.  There are over 650 species of vegetation that enrich this New England-Acadian Forest ecoregion.

The ecosystem makes for remarkable habitats to support the wildlife of the park.  Visitors who are passionate about wildlife can have hopes of seeing beaver, black bear, chipmunk, coyote, rabbits, raccoon, or white-tailed deer.

Bird lovers can look to the skies in hopes or amongst the bogs in search of great blue heron, white-winged crossbills, and the stunning peregrine falcons. 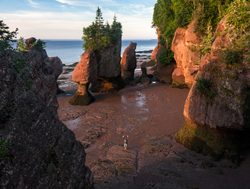 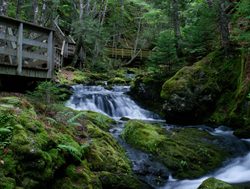 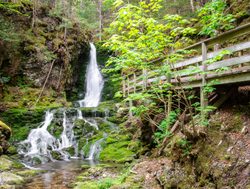 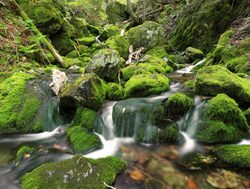 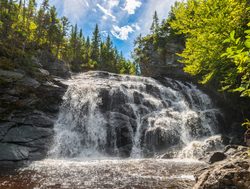 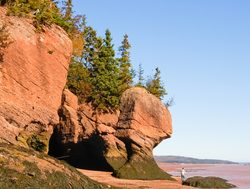 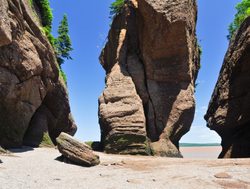 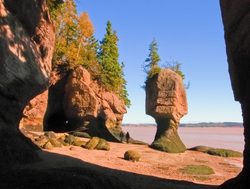 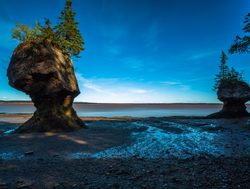 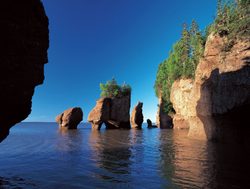 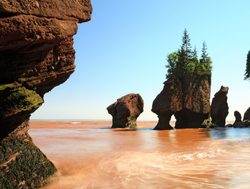 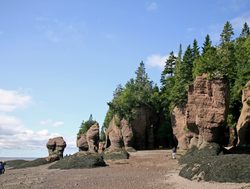 The national park is so much more than a shift in tides.  The rugged coastline, dense forests, beautiful waterfalls, and more can all be highlights of the park. 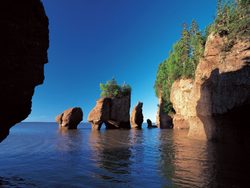 Goose Bay is located in the northwestern branch of the Bay of Fundy. The Bay of Fundy is renowned for having the greatest tidal shift differential in the world.

Visitors can walk on the sandy ocean floor during the low tide.  The same spot may be under 50 feet (15 m) of the ocean waters.  This change in tidal water levels is considered the highest tidal change in the world.

The Bay of Fundy is also home to the Hopewell Rocks, which is one of the most famous natural attractions associated with the tidal shift. 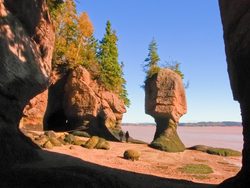 The Hopewell Rocks are almost synonymous with the Bay of Fundy and the world’s greatest tidal shift.  This natural attraction involves a self-directed walk along the ocean floor when the low tides occur.

The Hopewell Rocks are flowerpot rocks that decorate the ocean floor as the tides depart and becoming mostly submerged when the high tides return. They create a unique coastal landscape and most find the photogenic.

There are 25 hiking trails making up over 62 miles (100 km) of trails that meander through Fundy National Park. The trails engage forests, plains, coastline, and of course the Bay of Fundy.

This is a 4.54-mile (7.3 km) loop trail travel along with one of the park’s rivers where you will discover a great swimming hole before continuing on to Laverty Falls. This is one of the more popular trails in the park.

This is a point-to-point 4.55-mile (7.4 km) trail that meanders through the forests out to the Third Vault Falls.  It is a beautiful serene hike with a great view of this beautiful waterfall.

This is a short 0.9-mile (1.5 km) loop trail that is worth the effort just for the glorious nature of the mossy green lush forest that you walk through on your way to the falls. The size of the falls is not all that impressive, but they still serenade those who make the short journey to see them.

This is a 2.8-mile (4.5 km) loop trail with 652 feet (198.7 m) of elevation gain.  The trail is rated moderate, but it features walks through the forest, along meadows, and views out over the glorious coastline.  Just under half of the loop is along the coastline allowing hikers to view the Bay of Fundy.