The island, of course, offers the Caribbean blue waters that surround the island and what many people think of when they imagine the Bahamas.  The primary purpose for the national park is the pristine Caribbean pine forest that covers 7.72 square miles (20 sq km) of the island.

The majority of wildlife living with the national park boundaries are bird species.  The Bahama parrot, Bahama Swallow, Bahama yellowthroat, and Bahama mockingbird are some of the endemic species.  Other species include olive-capped warbler, West Indian Woodpecker, loggerhead kingbird, and the white-crowned pigeon.

The Abaco or Bahama parrot is endangered and the primary reason for the establishment of the protected area with national park status. The Inagua park referenced above is another place the parrot and Caribbean pine may be found. 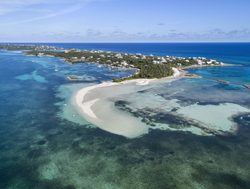 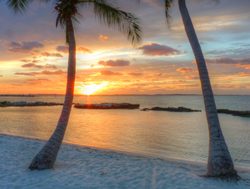 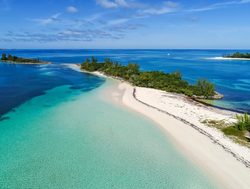 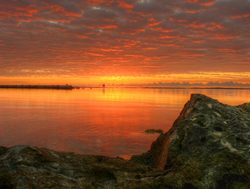 The national park was created to protect the pristine Caribbean pine forest as well as the endangered Abaco parrot. The highlight of the national park is the birdwatching. The forest is a rich habitat for the parrot.

The Abaco Parrot, affectionately known as the Bahamas Parrot, is related to the Cuban Amazon Parrot.  It reaches a size of about 13 inches (33.02 cm).  It is not a large parrot but it is unique to the Bahamas.

The parrot displays a white-topped head with a red chest.  The rest of the bird is green except for under the wing which displays a rich blue feather.  One of the unique characteristics is that two toes face forwards and two toes face backward.  The pine forests of the Abacos Islands is the only place it is found. Inagua National Park is one of the other Bahamian locations where the birds can be found.

The Caribbean pine is at the heart of the Abaco National Park.  This is the habitat that sustains the Abaco Parrot.  The pine is hard and native to Central America.  It can also be found in Cuba, South Florida, and the Turks & Caicos Islands.

The Caribbean pine does best in a tropical and subtropical coniferous forest. It can be found in both savanna and montane forests. It is not a particularly tall pine, but other characteristics are typical pine.

Abaco is not known for hiking.  There is a 15-mile dirt trail that can only be taken by 4x4 vehicles.  The path ends at an old lighthouse affectionately called, the “Hole-in-the-Wall” lighthouse. The south island can be explored on foot but this is not through developed trails.

The majority of people would either be taking to the 15-mile (24.14 km) dirt road to walk across the island or taking to the shoreline and having views of the coastal waters and shoreline.  Again, this is not a developed trail, so it would just be venturing out on uncharted island wilderness.

Abaco National Park was created to protect the Caribbean Pine and the Abaco Parrot.  The parrot is endemic to the region and an endangered species.  The Bahama government established the protected area to invest in these unique facets of nature as well as the pristine terrain of the island.