Kissama National Park is located in the northwestern part of Angola along the coast. The park covers an area of 3,845.57 square miles (9,960sq km).

Kissama is also known as Quicama National Park.  Locally, it is also referred to as parquet Nacional do Quicama or Parque Nacional da Quissama.  Because of years of civil war across Angola, most of the national parks have decimated from poaching and hunting.

The park is situated between the Atlantic Coast to the east, the Cuznza River to the north, and the Longa River to the south.  The majority of the park is comprised of savannah grasslands, dense vegetation, and Baobab forests.

Riverine vegetation is also commonly seen along the main rivers that serve as boundaries to the park.  The riverine and floodplain both give way to a variety of vegetation which helps the wildlife survive.

Kissama is the only park that is currently operating as a national park.  This is mostly from the collaborative effort from Botswana and South Africa known as Noah’s Ark.  This project served as the world’s largest animal transplant creating an opportunity for the park to return closer to its original status.

The park also participates in the Lion Conservation Unit program seeking to help repopulate the continent’s lion population.  Other popular wildlife species include bushbuck, buffalo, eland, elephant, giraffe, ostrich, roan antelope, waterbuck, wildebeest, and zebra.  The wildlife is not as abundant as it is in the neighboring country’s national parks.

Where the park is not as deep in mammalian species, it is a bird lover’s haven.  There is an array of species that are nesting or migrating through the park.  Birdwatching is actually one of the most popular activities of the national park. 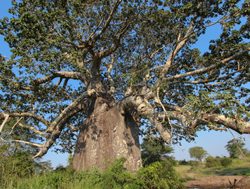 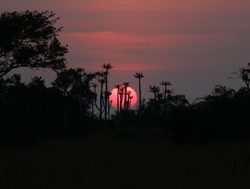 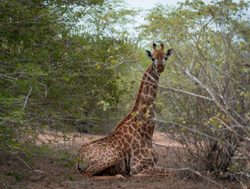 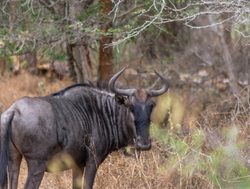 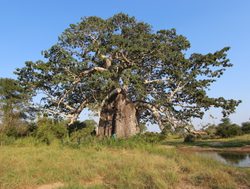 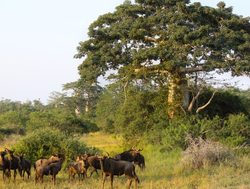 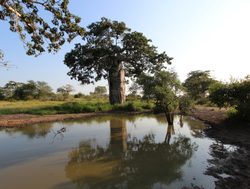 One of the main highlights of the park is to experience the revitalization of a national park that was close to extinction.  Seeing wildlife as a natural wonder that was influenced by the service of mankind that helped the animals find new homes and rebuilding the national park is a testimony of a community that cares.

The support from Botswana and South Africa represents true collaboration and kinship with the support of a neighbor.  Angola’s national exists because of the care, love, and support from a larger African community who was committed to the flourishing of the world’s wildlife.

Kissama is one of the few wildlife habitats still accessible in the country.  You can experience the animals in a couple of ways.

There is also a chance to experience a guided walking safari. Again, this is not an actual trail, but it is a chance to explore the wilderness on foot versus inside a safari vehicle.

Kissama National Park is not known as a hiker’s haven, but there are ways to get out and about on foot to explore the natural environment.

This is not really a trail, but more of a beach walk.  Visitors can stroll or hike about on the beach along the coast.  This is a great opportunity to experience the coastline as it greets the floodplain and hills of the national park.

Kissama National Park is the only park that is currently functional in Angola.  There used to be six national parks that were all abandoned during the civil war.  The lack of administrative support led to many of the species being extinguished with poaching and hunting.

Kissama is a committed effort by the Angolan government and neighboring friends in South Africa and Botswana who are committed to seeing wildlife thrive in the area again.  The national park is there to protect the wildlife that once thrived but now is in a state of rehabilitation and repopulation.