Dry Tortugas National Park is located in the westernmost part of the Florida Keys.  It sits about 70 miles (110 km) west of Key West, Florida, of the United States.  The park covers an area of 101 square miles (261.84 sq km).

Although the park boundaries are just over 100 square miles, the total land area only accounts for 0.2 square miles (0.4 sq km).  The majority of the protected area is the coral reef and surrounding marine waters.

Dry Tortugas is a sister and collaborative national park with Everglades National Park and together create the UNESCO Everglades & Dry Tortugas Biosphere Reserve.

The park is comprised of the last seven islands of the Florida Keys and is renowned for the remoteness and Caribbean intrigue.  Travelers come for the tropical birds, the brilliant coral reefs, and the accompanying sea life.

The remains of Fort Jefferson add to the historical tails of pirates and shipwrecks.  Travelers can only reach the park by plane or boat.  The pristine marine ecosystem intertwined with the historical facets of the fortress creates one of the most unique national parks in the United States.

Because of the remoteness of the park, the coral reefs and related Florida Key islands are the most undisturbed offering the most natural marine habitat throughout the Keys.  Subsequently, there are around 300 species of birds

However, despite the number of species that pass through the park area, only eight species are known to nest in the park and call it home.  Nesting birds include bridled tern, brown noddy, brown pelican, magnificent frigate bird, masked booby, mourning dove, roseate tern, and the sooty tern.

Migratory species are most commonly experienced during the spring months.  The peak occurs usually in April with May being right behind it.  Dozens and dozens of species might be witnessed in a single day.  Loggerhead turtles also use the islands to nest. 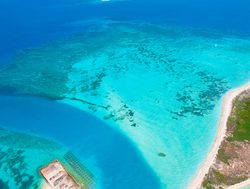 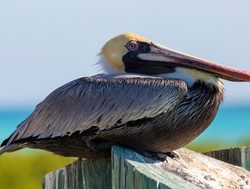 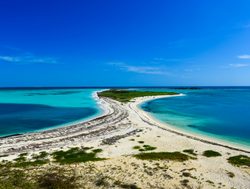 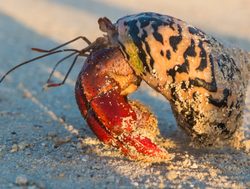 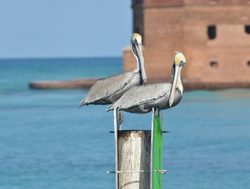 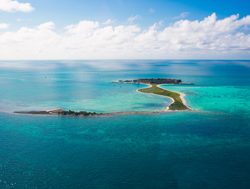 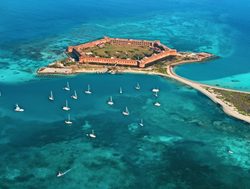 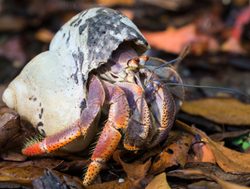 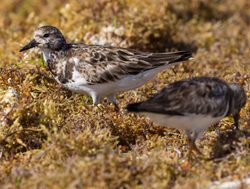 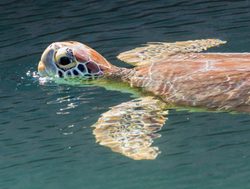 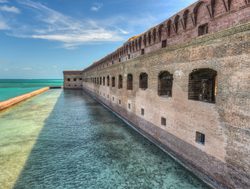 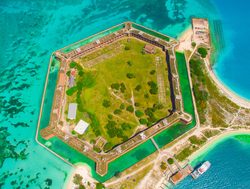 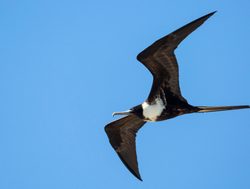 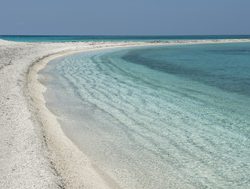 One of the highlights of the national park comes from the serenity of the blue waters, ocean breezes, and the sounds of the almost 300 species of birds that blanket the area.  The primary features of the park are the marine ecosystem and the remains of the fortress.

Birdwatching is one of the draws of the park.  Bird lovers who visit the park in April or May could be blessed with sightings of over 100 different species in a single day of birdwatching. 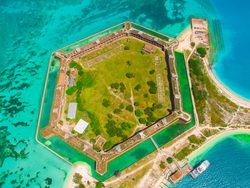 Fort Jefferson was originally constructed by the US as a line of defense to protect the shipping lanes of the Gulf of Mexico.  The site was never completed and was abandoned twice and finally in 1907.

Fort Jefferson was a three-story hexagon structure that stands 50 feet (15 m) tall.  There were 2,000 arches that went around the half-mile structure

A moat, for further defense and protection, surrounds Fort Jefferson.  The good news is the fort was never tested nor needed.

Enjoying the pristine and undisturbed coral reefs and surrounding marine waters is the natural highlight of the park.  Fishing, kayaking, and camping allow visitors to engage life above the waters while snorkeling and scuba diving are the preferred way to experience the abundant wildlife below the waters.

The park is small is easy to explore.  There are paths you can take above ground and under the water or along the beach.  It is a great way to escape the world and just take in relaxing nature.

There are several ships that have run ashore or wrecked because of the coral reefs.  Diving to explore these is one of the most common activities of the park. 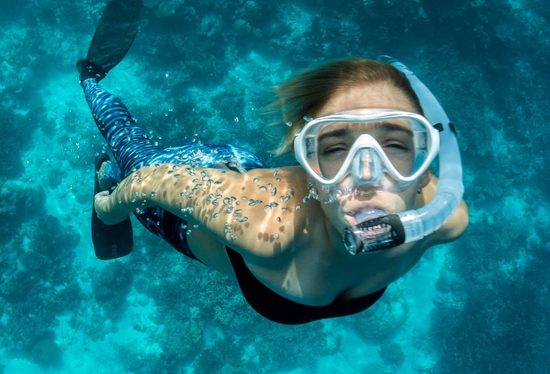 Snorkeling is one of the easiest ways to discover and explore the underwater beauty that surrounds the island area.

The landmass of the Dry Tortugas is less than a square mile, which means hiking trails really are not a thing in the national park.  Visitors will walk about the islands, but this is really just random relaxation versus hiking.

This is a half-mile (0.8 km) loop that travels around the moat and wall of the Fort Jefferson remnants.  It is an opportunity to see the historical artifact and old architecture as well as possibly seeing fish along with the coral of the island.

This is a 1-mile (1.6 km) trail that follows along the south shore of Bush Key.  It is an easy trail that may actually land your feet in the water.