Biscayne National Park is located in the southeastern United States on the southern tip of the state of Florida.  The national park boundaries encompass an area of 270.3 square miles (700 sq km) with approximately 95% of the park accounted for by water.

The park encloses a massive mangrove forest and the island of Elliot Key.  It is the largest island north of Key Largo and it represents the furthest point north of the Florida Keys.  Elliot Key was developed from layers of fossilized coral reef.

Biscayne National Park protects the Florida Reef which is the only living coral barrier reef along the coastline of the contiguous 48 states.  It extends across an area of 170 miles (270 km) in length and 4 miles ( km ) wide making it the third-largest barrier coral reef in the world after the Great Barrier Reef in Australia and the barrier reef off the coast of Belize.

Along with the Florida Reef, the park also protects three other ecosystems which include the aforementioned mangrove forest, the shallow waters of Biscayne Bay, and the coral limestone keys.

There are over 200 species of fish found within the Florida Reef.  More importantly, the park is home to smalltooth sawfish, manatees, green sea turtles, hawksbill sea turtles, and the American crocodiles which are all threatened or endangered.

Other fascinating creatures that might be experienced through a snorkel and scuba-diving excursion include sea slugs, reef octopus, reef squid, sea hares, and giant blue land crabs. 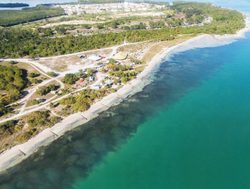 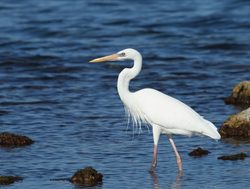 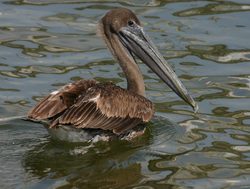 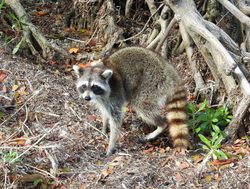 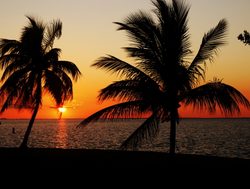 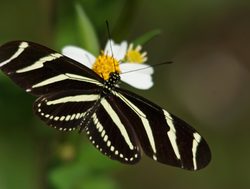 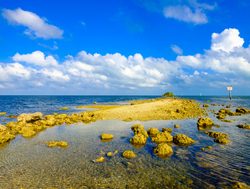 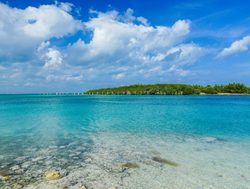 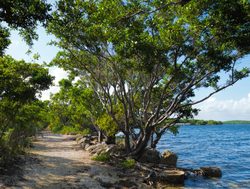 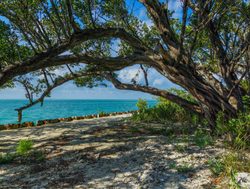 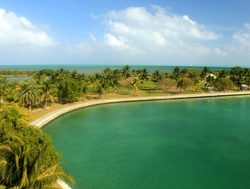 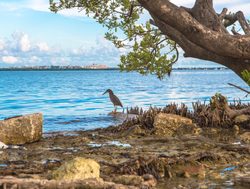 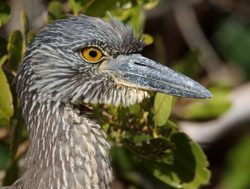 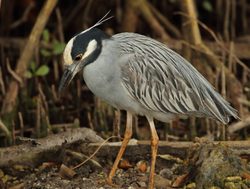 Kayaking, snorkeling, and scuba diving are the best ways to explore and experience the wildlife of the Florida Reef and surrounding Biscayne National Park area.  All areas must be accessible by private concessioners and designated park tour services.  Jet skis and other personal watercraft type transportation are prohibited.

There are structured park-led snorkeling tours of a series of shipwrecks known as the Maritime Heritage Trail.  This is the lone underwater archaeological trail throughout the entire national park system of the United States.

The majority of the national park is accounted for by water which makes trail possibilities for hiking rather limited.  However, there are 5 walking or hiking trails.  These make for nice escapes from the traditional swimming, snorkeling, and other water-related activities.

This trail is recognized as the most scenic offering views of the mangrove-lined coastline and provides access to the Colonial Bird Protection Area found at the end of the jetty.  The trail begins at the Dante Fascell Visitor Center and features a mostly paved walkway along the coastline.  It is easy, short (half a mile roundtrip), and level surfaces whether paved, boarded, or sandy gravel.

A ½ mile loop the meanders through the forested part of Adams Key.

A 1.1-mile semi-loop trail that travels around the bay.  The loop does not close requiring you to return the same distance back to where you started.  Parts of the trail are boarded or paved, and parts are sandy, but it is fairly level throughout.  It is an easy 2.2-mile roundtrip trail.  Views will include the bay and forested coastline.

Longest of the five trails in the park.  It is a one-way 7-mile trail that follows the roadway down the middle of the mainland.  The views really do not provide anything new along the way and the trail is more for those who are looking for hiking the distance.