Serengeti National Park is located in Tanzania and is part of the larger Serengeti ecosystem which covers 12,000 square miles (30,000 sq km) and includes several other game reserves.  The national park itself covers an area of 5,700 square miles (14,750 sq km).  It is a GANP Ambassador Park and runs contiguously with the Masai Mara in Kenya.

The name Serengeti is derived from a similar Masai word which translates, “the place where land runs on forever.”  It is also affectionately known as the “endless plains.”  The area is comprised of grassland plains, savanna, riverine forest, and woodlands. Although the majority of the park is open plains, the elevation does vary from 3,000 to 6,000 feet (914 to 1,828 m).  The lofty rock croppings spawn visions of the movie "Lion King," and it is possible you may even see lions on them.

The Serengeti, Ngorongoro Crater, and Mount Kilimanjaro are almost inseparable when it comes to traveling to Tanzania. Visitors will almost always experience the three of these together.  Ngorongoro Crater and the Serengeti share the migrating wildebeest, zebra and impala herds.

In general, the park is often described as three regions with boundaries of the national park.  The primary area is the Serengeti plains where is where the wildebeest breed.  A second area is a western corridor featuring black clay covered savannahs.  This area is home to crocodiles and hippopotamuses.  The hippo pool located near this region is a guaranteed place to see hippos sleeping and wallering around.

The third area is the northern Serengeti which is where the majority of hills and woodlands occur.  This is the best place to find an elephant and a giraffe.

Predators beyond the lion and leopard include cheetah, hyena, jackals, African golden wolf, honey badger, serval, and the African wild dog.  Because the park landscape is so open, there is a fair chance that you will see most of the predator species.  Keep your eyes open for gathered safari vehicles; you can almost guarantee if there are more than three gathered together, they are looking at lion or leopard.

The largest remaining unaltered mammalian migration in the world is the pinnacle wildlife experience of the Serengeti.  The migration features over 1.3 million wildebeest, 250,000 zebra, 500,000 gazelles, and tens of thousands of topi, hartebeest, and impala.  This statistic is one of the main reasons the migration was selected as one of the Seven Natural Wonders of Africa. 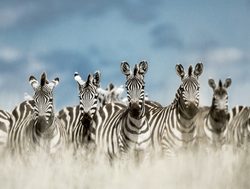 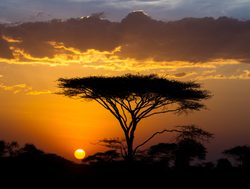 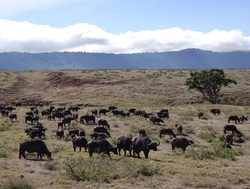 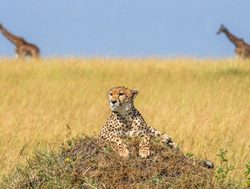 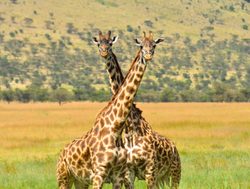 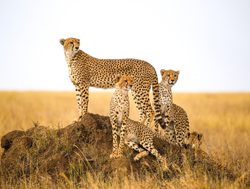 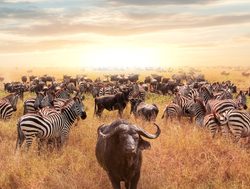 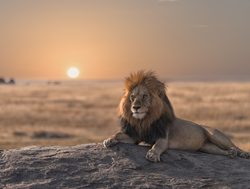 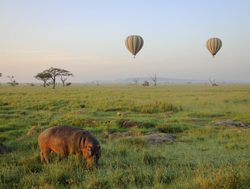 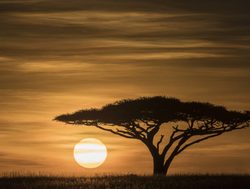 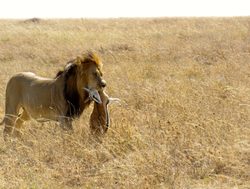 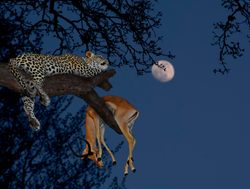 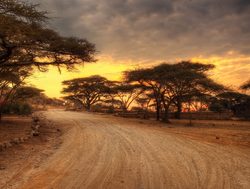 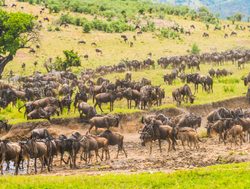 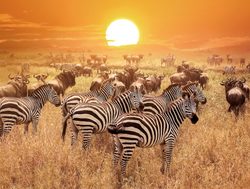 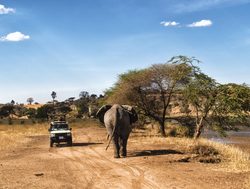 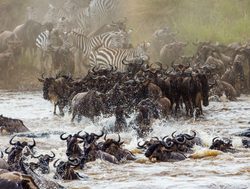 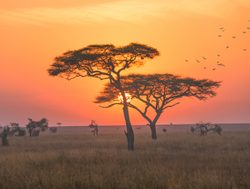 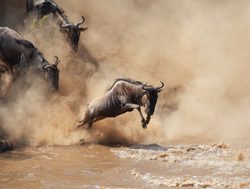 The Serengeti National Park is one of the most coveted safari destinations in the world.  There is no question of “if” you will see anything but rather how many of which ones.   Speaking of the Big 5, there are approximately 3,000 lions, 1,000 leopards, and 5,000 elephants.  The most abundant is the buffalo with approximately 53,000 of them.  Unfortunately, there are only 31 individual rhinoceroses left in the park because of poaching.

The expanse of the Serengeti National Park creates the opportunity for endless roaming as safari-goers pursue their ultimate wildlife encounters.  Ballooning over the plains itself is stunning, however, it is awe-inspiring to balloon over the migration herd to actually get a panoramic view of its enormity.

One of the most exciting natural facets of the migration occurs in September or October when the migrating herd of wildebeest, zebra, and other ungulates cross the Mara River into Kenya and the Masai Mara National Park.  Watching hundreds of wildebeest cross the river at any given moment is a spectacular sight.  It will also leave you speechless if you witness one of the crocodiles in the river capture one of the members of the cross herd. 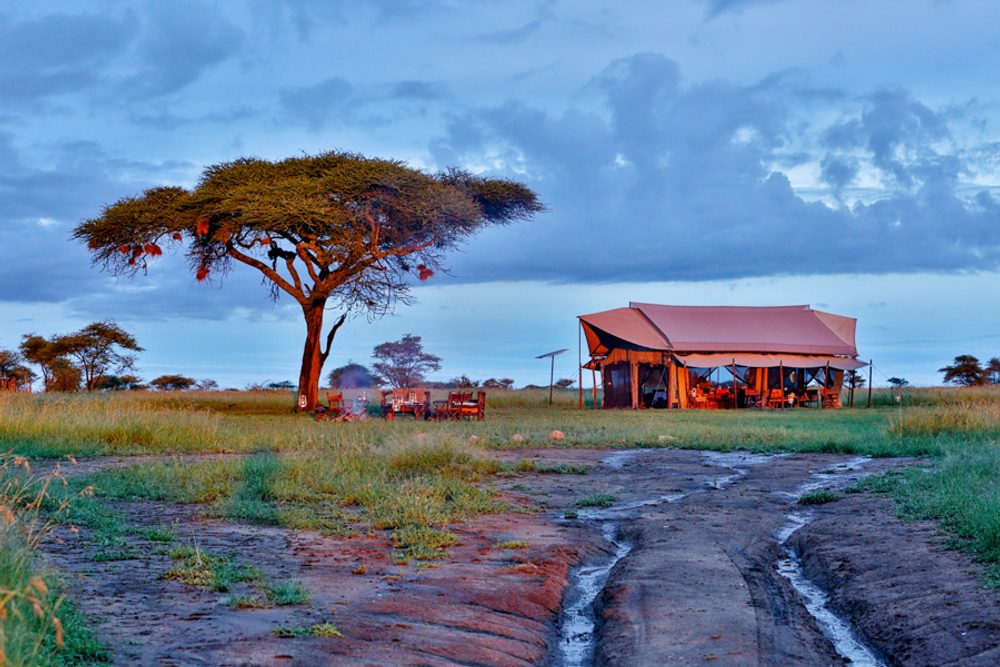 Pumzika Luxury Safari Camp delivers an authentic safari adventure with luxury tents that create an atmosphere that mesmerizes guests from around the world.

There are no trails for hiking in the Serengeti National Park, however, that does not mean you cannot explore this wildlife-rich environment on foot.  There are guided walking safaris as well as even multi-day walking safaris which provide the more adventurous with an opportunity to explore the wildlife and wilderness on foot.