The boundaries of the national park include 89 square miles (230 sq km) of Lake Manyara itself.  It is a Biosphere Reserve.  Lake Manyara is a shallow alkaline lake created by a depression within the Great Rift Valley.  The lake sits at an elevation of about 3,150 feet (960 m).

Typically, the deepest point is about 10 feet (3.0 m).  However, the average depth is only about 2.8 feet (0.81 m).  Marshlands, saline flats, and grasslands surround the lake.  A small forest featuring fig and mahogany trees are near the entrance to the park.  Baobab trees are also found within the park boundaries.

Streams that feed into the lake are covered with sycamore fig, forest toad-tree, Acacia, and the palm Phoenix.  The diversity of the terrain include woodlands, grasslands, swamps and marshes, and alkaline lake.  Because the area has strong water sources, there are large fig and mahogany trees that grace the area.

The land portion of the park is a narrow stretch of land the exists between Lake Manyara and the Gregory Rift Wall that lies to the west.  The marshes, grasslands, and accessible lake make this a great place for wildlife.

In addition to wildlife, the park features over 670 flowering plant species.  Ferns are also common adding to the stunning flora of the region.  The migration of wildebeests, zebra, Thomson’s gazelle, and Grant’s gazelle travels through the area.

Some of the other wildlife include bushbuck, baboon, buffalo, badger, elephant, giraffe, warthog, and zebra.  Some of the predator species include African wild cat, African golden cat, bat-eared fox, Cheetah, civet, hyena, jackal, lion, and leopard.  One of the unique features of the park's wildlife, Lake Manyara is home to tree-climbing lions.  The buffalo are plentiful with herds reaching over 300 being recorded.

Lake Manyara National Park is renowned for the abundance of flamingos.  There is an estimated 1.9 million flamingo that leverages the shallow alkaline lake for feeding on algae.  There is another large population of varied water birds making the collective population of around 2.5 million water birds. There are over 30 different predator species of birds found in the park.

It is a bird watcher's haven.  In addition to the abundance of flamingo and waterfowl, there are 40 different species of predatory birds with over 390 species of birds altogether. 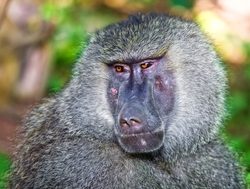 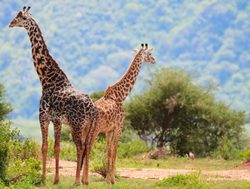 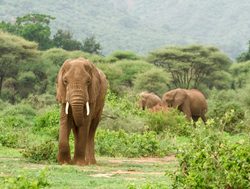 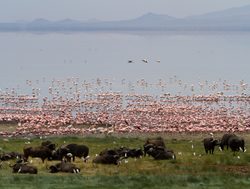 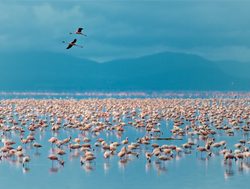 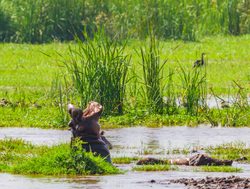 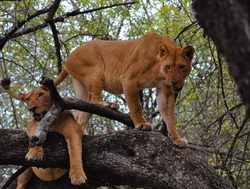 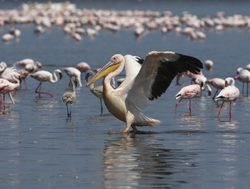 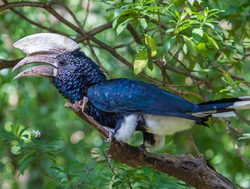 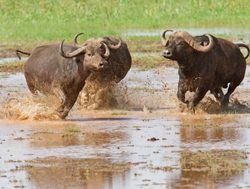 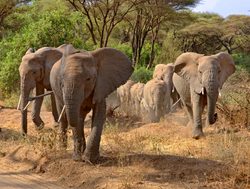 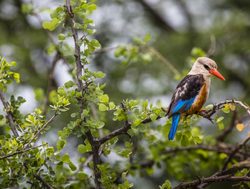 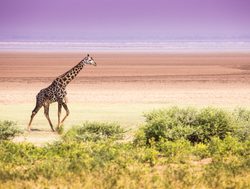 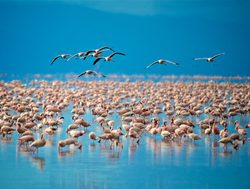 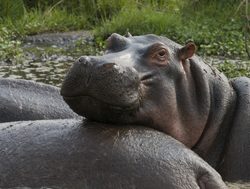 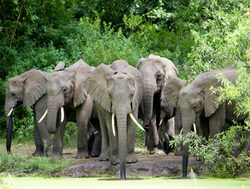 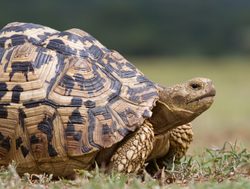 With over 370 species of birds and 1.9 million flamingos, birdwatching is a highlight of the park.  The other highlight is game-viewing with the abundance and variety of wildlife found within the park.

There are no trails for hiking in Lake Manyara National Park.  However, there are guided hikes along the Great Rift Valley ridge which provides views out over the park.  This is a great way to experience the outdoors and get closer to nature.