Gombe Stream National Park is located in the westernmost region of Tanzania along the shores of Lake Tanganyika.  The national park encompasses an area of 14 square miles (35sq km) making it the smallest national park in Tanzania as well as most of Africa.

The park is comprised of grasslands, woodlands, steep valleys, and tropical rainforest.   The diversity is surprising for such a small region.  The area where the monkeys and primates are found is dense jungle, which some may describe as a true Tarzan-like setting.

Gombe Stream National Park is renowned as the location where the scientific research and work of Jane Goodall with Chimpanzees and other primates.  Jane Goodall began her studies in the area in 1960 and her work and observations are well documented and incredibly valuable to understanding primates and their behaviors and communications.

Chimpanzees are probably considered the pinnacle attraction in the park, however, there are other primates calling the area home.  Other primates include blue monkeys, olive baboons, red colobus monkeys, red-tailed monkeys, and vervet monkeys.  This is one of the highest concentrations of primates in Africa.

There are around 200 species of birds for the birdwatching to pursue.  Some of the other wildlife include bush pigs, hippopotami, various snakes, small antelope, and leopards.  Leopards are one of the key predators of the chimpanzee and their cousin monkeys. 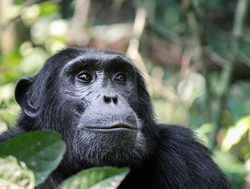 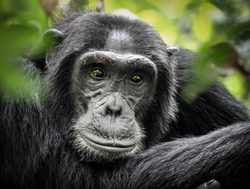 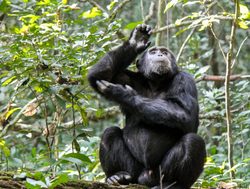 The work of Jane Goodall is renowned and incredibly valuable as the community seeks to learn and understand our animal kingdom.  Having an opportunity to experience these chimpanzees and make observations as Jane did over the years, it is a highlight for those who value natural history.

The primary activity in the national park is guided hikes into the remote jungle to observe and experience the chimpanzees, other primates, and any other possible wildlife sightings.  Other than that, there are no trails for travelers to experience on their own.

Gombe Stream National Park protects the jungle habitat that supports the chimpanzees and other primate species that live in the area.  The protected area also invests in the ground-breaking work of Jane Goodall who revolutionized our understanding of primate species.  The park also protects the habitat of around 200 species of birds.