Puerto Princesa Subterranean River National Park is located in the Philippines on the western island of Palawan. It is in the northern part of the island and covers an area of 54,860 acres (22,202 ha).

The park is found within the St. Paul Mountain Range about 50 miles (80 km) north from the city Puerto Princesa. The subterranean river has a second floor which means there are waterfalls inside the cave. The second floor features a 980 feet (300 m) cave with bats.

Limestone karst mountains are the dominant terrain above ground. St. Pauls Underground Cave is more than 15 miles (24 km) long with 5.1 miles (8.2 km) of the Cabayugan River being underground. It is the second-largest underground river in the world.

The cave features stalactites, stalagmites, and several large chambers as part of the underground adventure.

Above ground, the national park is home to rich biodiversity with eight of the thirteen types of forests present. Forest types include forest over ultramafic soils, forest over limestone soils, freshwater swamp forest, lowland evergreen, montane, riverine, beach forest, and mangrove. There are over 800 plant species that make this garden paradise for those interested in different types of flora.

There are only 30 species of mammals and 19 species of reptiles. The long-tailed macaque monkey is the most frequently observed mammalian species. This is more of a place to experience the wildlife of the skies with 252 species of birds.

Puerto Princesa Subterranean River National Park is a UNESCO World Heritage Site as well as a Ramsar Wetland Site of importance. It is one of the more popular national parks in the Philippines. 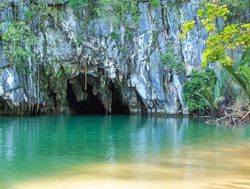 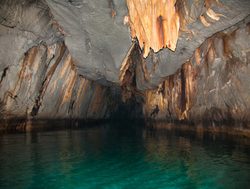 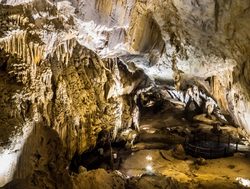 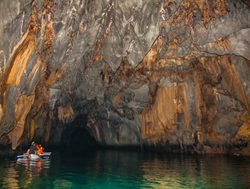 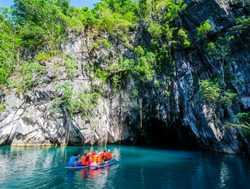 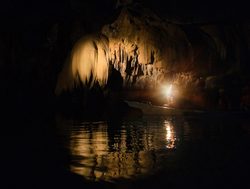 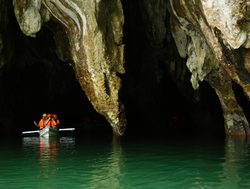 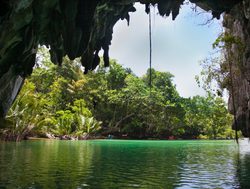 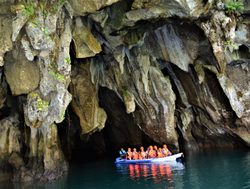 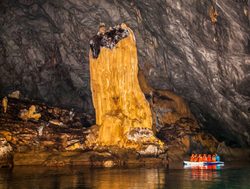 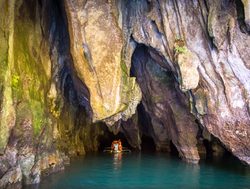 Most people do not travel to Puerto Princesa Subterranean National Park to see wildlife, but that is an added plus if experienced.

The main and unique attraction is experiencing the underground river. Many of the sightings are similar to other cave experiences, but this is unique when it is done from boats on the river as the cave is navigated by your guide.