Bardiya National Park is iocated along the border of Nepal and India on the far southeastern side.  The park encompasses 374 square miles (968 sq km) creating the largest national park in the country.  The pristine wilderness is one of the most natural and undistrubed landscapes in the country.

It was orignally named Royal Bardia National Park established in 1988.  The park, along with the neighboring Banke National Park, serves as part of the Tiger Conservation Unit protecting the endangered tigers.  Together the two parks account for 555 square miles (1,437 sq km) of protected terrain.

Bardiya is comprised of mostly forest accounting for about thre-fourths of the landscape.  Grasslands, savannah, and riverine forest account for the remaining terrain.  There is over 835 species of vegetation covering the park area. The Karnali River borders the west side of the park with the Babai River flowing through the main part of the park.

The park is well-known for its diversity of wildlife.  Some of the more popular species include the Bengal tiger, buffalo, the Indian elephant, spotted deer, monkeys, and the greater one-horned rhinoceros.  It is a fantastic destination for birdwatchers as well with over 405 species migrating through  or nesting in the national park. 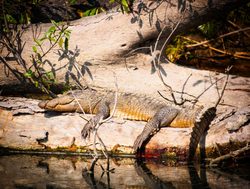 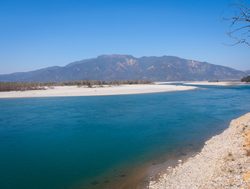 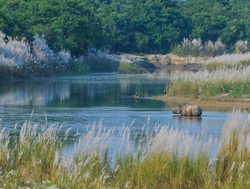 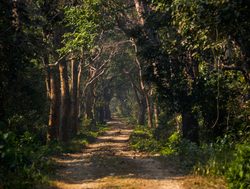 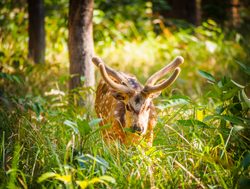 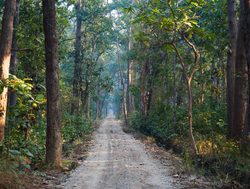 The majority of visitors who venture to explore the national park are there for the wildlife.  The most common wildlife spotting highlights include the larger mammamilian species:

Other species that have delighted visitors is sightings of the leopard, rustry-spotted cat, and the fishing cat.  One of the more adventurous highlights is exploring the park on the back of an elephant through an elepant safari.

Experiencing the wildlife is the reason visitors travel to this part of Nepal and there are various ways for you to engage in wildlife sightings.

One of the most frequently ways visitors epxlore the park is through a traditional game drive.  This provides an excellent opportunity for experiencing the most wildlife possibility.

One of the more adventureous ways to discover the park is on the back of an elephant.  The elephant safari is a more intimate experience while also delivering unique ways to see wildlife.

You can also take walking tours that allow you to trek through portions of the vast jungle and see the terrain as one of its own.  These are guided tours which help keep you protected

The Karnali River is the longest in Nepal and delivers an opportunity for visitors of the park to go white-water rafting adding to the adventure.

Trekking through the jungle and amongst the savannahs is one of the best hiking experiences in an unspoiled landscape.

Bardiya National Park was created to protect the pristine wilderness of the forests and grasslands that were home to the diversity of wildlife living around the area.  The park has committed efforts to protect the elephent, rhino, and tiger populations which has proven successful with the populations increase over the past few decades.